The Crimson Tide's win caused thousands of people to flood the streets in Tuscaloosa Monday night. 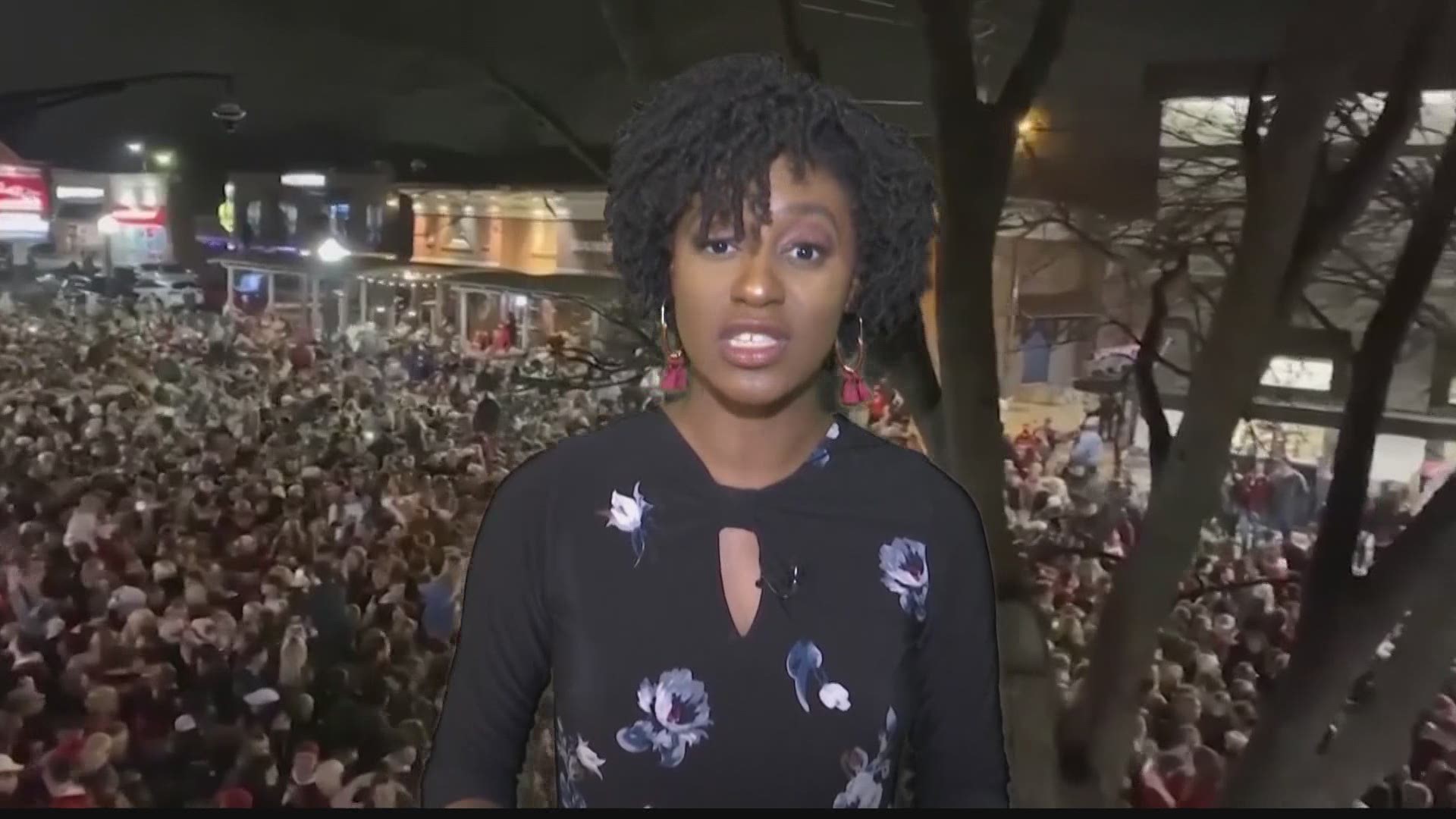 However, many of them were without a mask and not social distancing. Our WZDX News reporter spoke with health officials about the impacts this could have statewide.

"Any event that bring persons together in close proximity, certainly when people are not wearing masks, there is a significant probability of spread," says Alabama Department of Public Health, Asst. State Health Officer, Dr. Karen Landers.

Landers says the large crowd in Tuscaloosa is concerning. "Our percent positivity of tests statewide in Alabama is at least 20%," she says.

Health officials say they have concerns over the crowd being a super spreader celebration. This adds to the spike in numbers over the holiday break, and they're also dealing with stress on the healthcare system.

Siddiqui says this is part of the struggle healthcare workers are facing. Landers says younger people should be careful because some have comorbidities.

"There are certainly younger people that have these diseases, including diabetes or obesity," says Landers.

The Super Bowl is also less than a month away. Landers warns people to avoid large crowds. "Really, people should be around very few people. Certainly groups of less than ten persons, should adhere to the social distancing, six feet or more," she says.

Health officials say the vaccine rollout has been helpful, but we're not in the clear yet. "Until we can vaccinate more than 70% of the population, by that we can develop herd immunity. Once we do that, we will be in a much better position than we are right now," adds Siddiqui.

"It's really, again, a personal responsibility for everyone to try to reduce the transmission of COVID," says Landers.