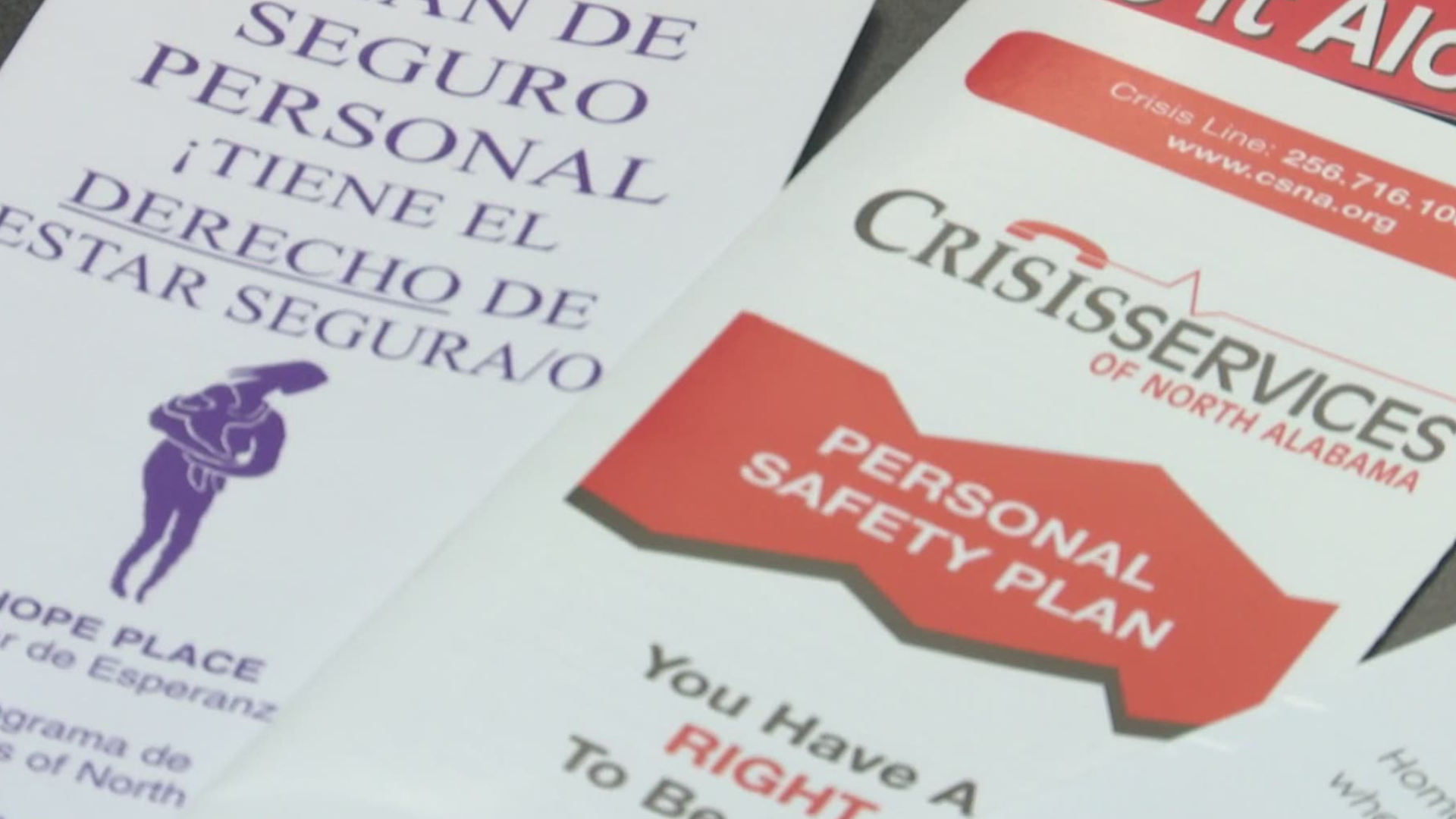 HUNTSVILLE, Ala. — Many people are home safe practicing social distancing as a result of the Coronavirus (COVID-19), but that is not the case for many others.

Domestic violence is still a real situation for many families. The Crisis Services of North Alabama reports there's been a 25 percent increase in domestic-related calls.

Heckman says those are just some of the stressors that would create an even more tense environment.

"What we are wanting people to do is have a safety plan. Have an idea of who and where they can go," says Heckman.

If there isn't a place for people to go to, the Crisis Center of North Alabama has 24 hour-helpline. The number to call is 256-716-1000 for counseling, and information about shelters.

Heckman is calling on people to be observant.

There are several resources which includes NCAC, as well as Ashakiran.

If you, or anyone you know is in need of suicide crisis prevention, you can call the National Suicide Prevention Lifeline at 1(800)-273-TALK.

You can also receive local assistance from Crisis Services of North Alabama using their 24/7 HELPline at (256) 716-1000.