The 75th anniversary of VE Day, when Germany surrendered in WWII

It was 75 years ago today when German troops throughout Europe surrendered to Allied forces. Today, President Trump marked that milestone with a group of WWII vets. 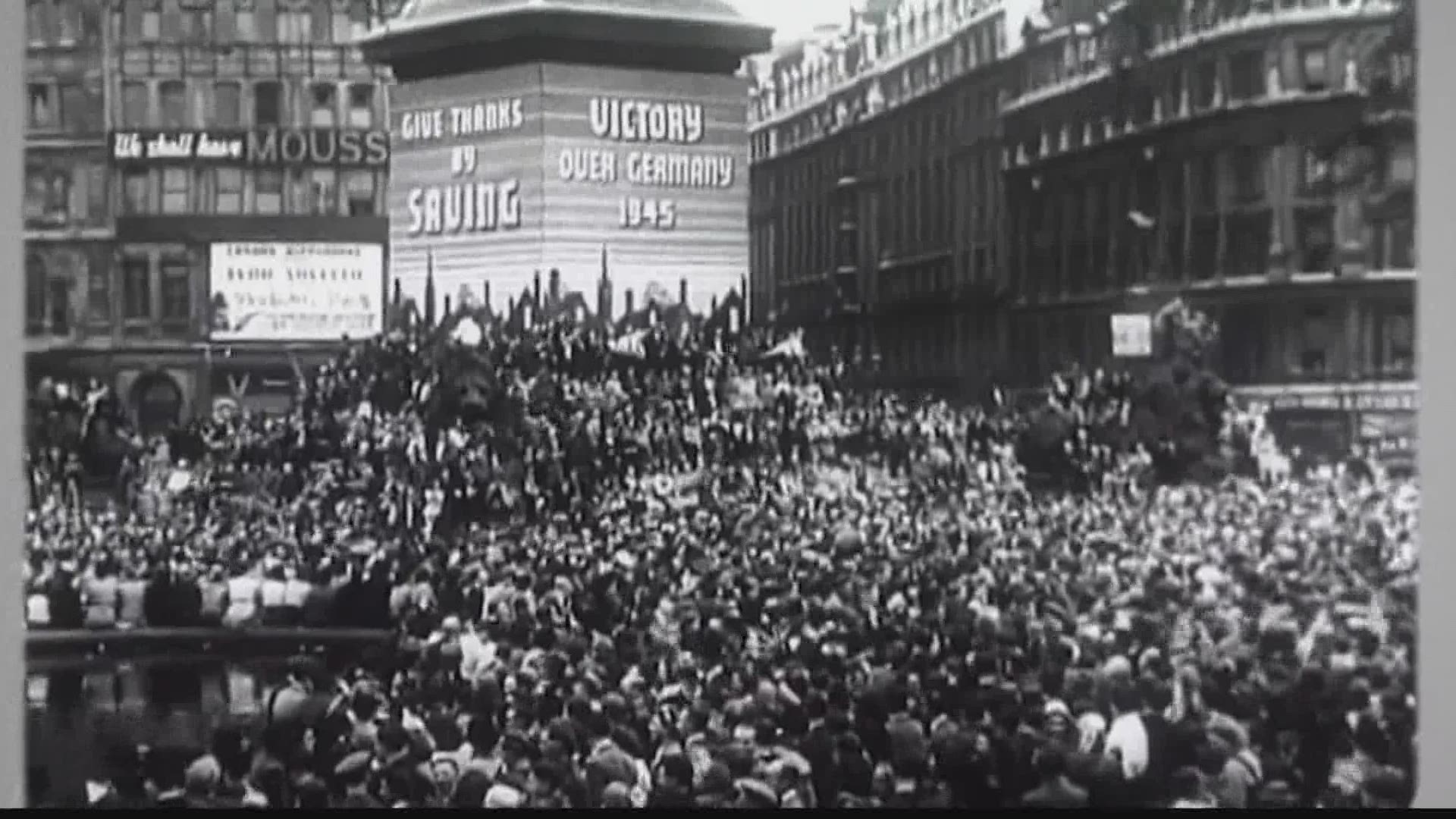 "Today is 'Victory in Europe Day.'"

When British Prime Minister Winston Churchill spoke those words on May 8, 1945, it triggered a wave of celebrations from one continent to another.

From the streets of London, outside Buckingham Palace, to Times Square, where victory was sealed with more than one kiss, it was the day that an entire generation became simply, the greatest.

75 years later on a windy day on the National Mall in Washington, DC, President Trump and First Lady Melania laid a wreath at the World War Two Memorial, joined by a small group of heroes, veterans ages 96 to 100, marking the moment Germany surrendered to the Allies.

Celebrations were held in Washington, and across Europe, from France to the United Kingdom.

For now, the large celebrations of 75 years ago are gone, stopped by a global pandemic that targets the elderly.

Despite the risk, the veterans that joined President Trump on VE Day agreed that they simply had to be there to remember what was won, and lost.

"Nothing would keep them from this event, not COVID-19 or the obstacle of travel."

President Trump was asked why he did not wear a mask around the elderly veterans, despite a white house aide testing positive recently for COVID-19.

"I was very far away from them as you know, I would have loved to have gone up and hugged them because they're great."

This memorial honors them along with the 400,000 Americans who died fighting, and the 16-million who served alongside them.