What does holiday shopping look like in the Tennessee Valley?

After a survey revealed half of U.S. shoppers will spend less this year, we spoke to some holiday shoppers on Black Friday in Decatur. 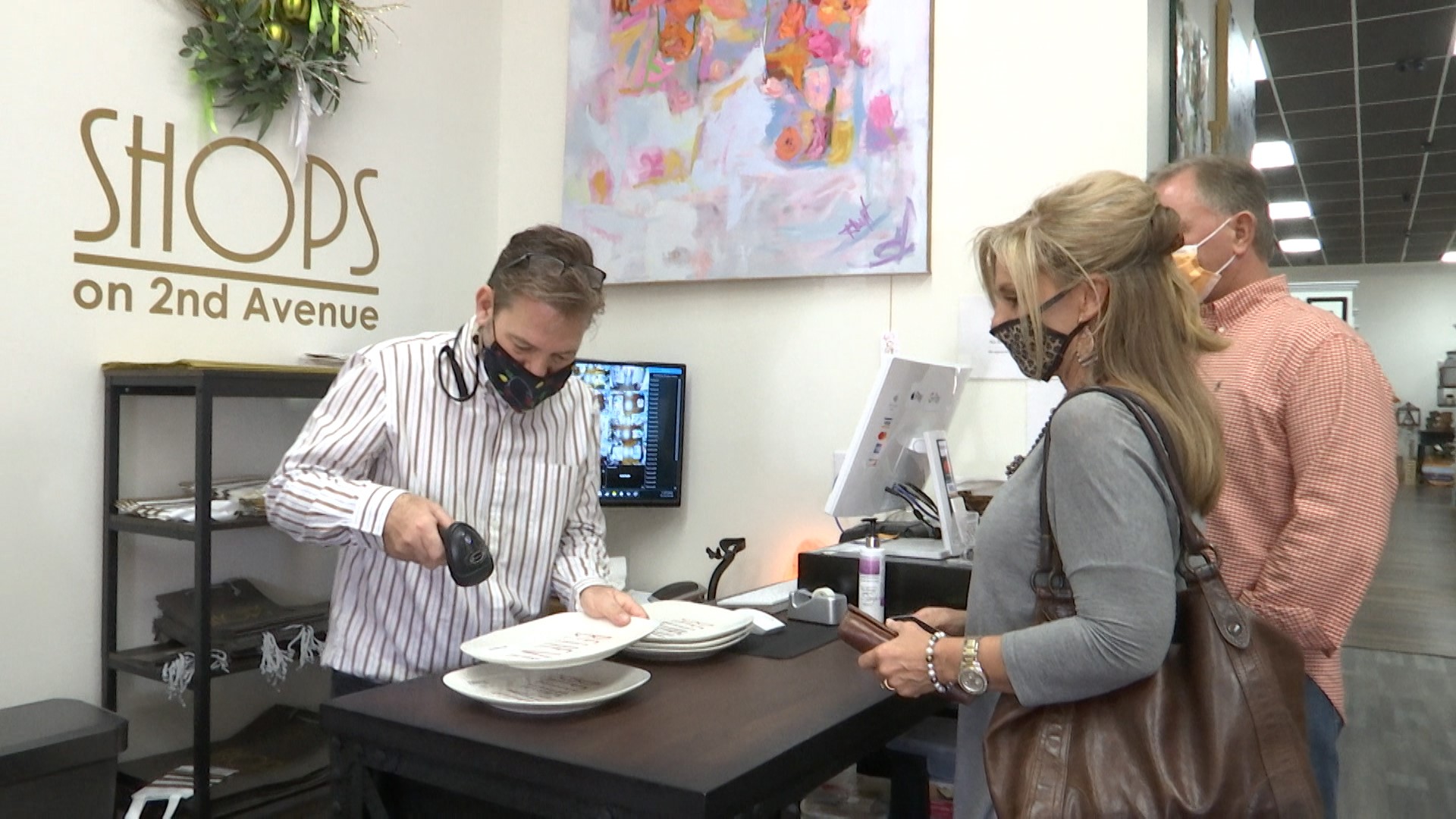 DECATUR, Ala. — A new survey shows nearly half of shoppers will spend less this year. One third won't shop at all, and half say they'll spend less than $300 on non-gifts like family and household purchases.

About 40% of respondents anticipate spending less than $299 on gifts this holiday season.

WZDX News talked with people in Downtown Decatur to see just how different this year is.

"I have thirty-five vendors that are under one roof, and we carry everything from handmade soaps to fine art," says 'Shops on 2nd Avenue' Owner, Joey Crews.

Crews says his store just had a grand opening back in October. Although he says he can't compare this Black Friday to previous years; so far he's seen some good foot traffic and a steady stream of customers.

"Well we hope to do well. We have done well so far, and we hope to be able to keep that up," says Crews.

However, some shoppers feel indifferent about the holiday.

She and her mother say Black Friday this year is different. "It doesn't feel like Black Friday. There aren't as many people out, just in Downtown. It's pretty empty," added Salamy.

"I think the whole year has gone - yeah just like everyday seems like 'okay - let's just get on with the next day'," says her mother Susan Bast.

Salamy says she's changing how much she spends over the holidays. "Probably less. Nobody needs anything. Because we can't go out to parties, and we can't do a whole lot," she says.

Salamy says this year she's spending less on others, but maybe a bit more on herself. "Well everybody realized they have way more stuff than they already need. I probably won't shop as much, but I'm buying more stuff for myself that I want, rather than stuff that my college-aged daughters want," she says.

"We need more happiness right now than we've ever, ever, ever needed," she added.