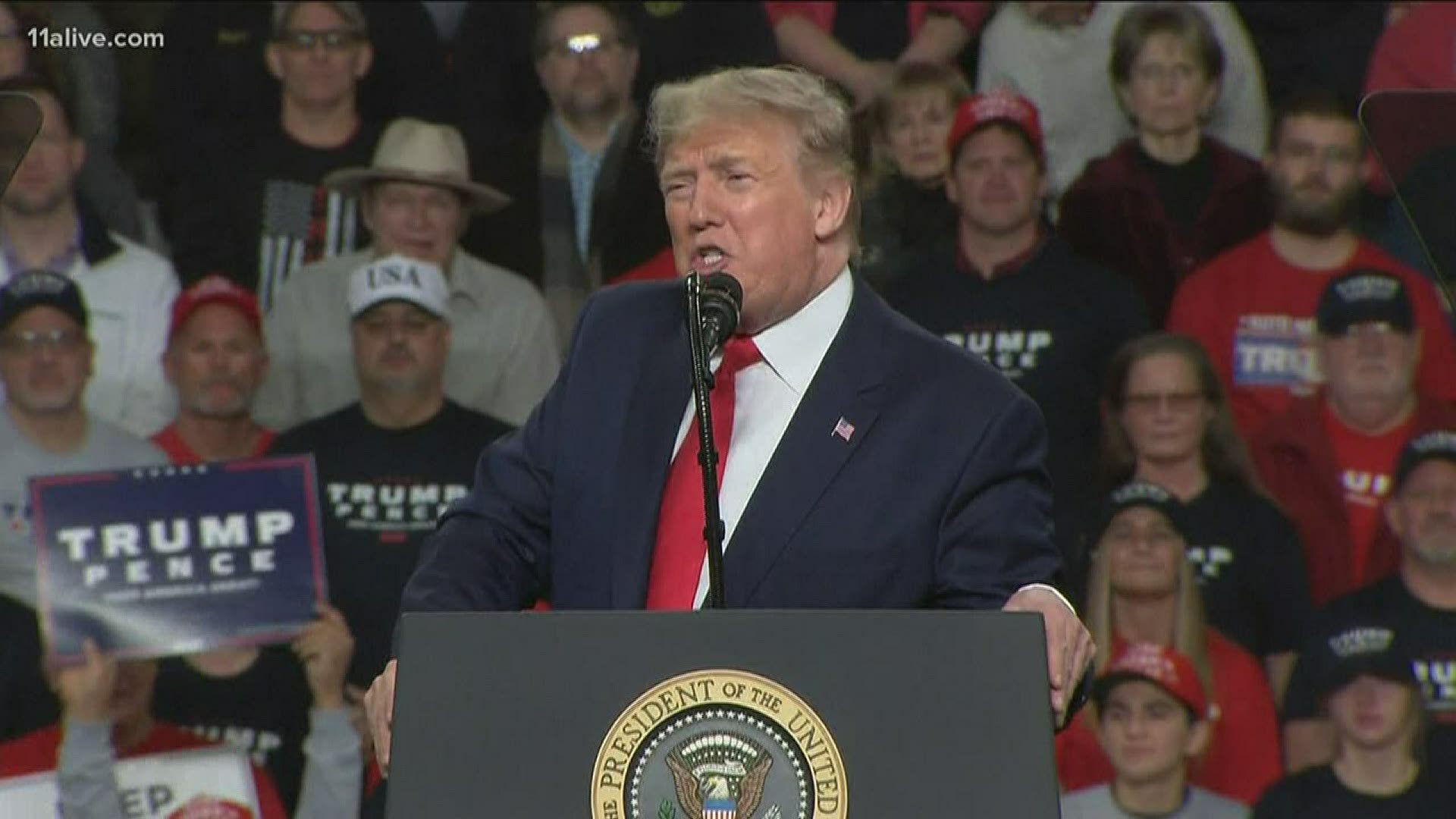 The report says the task force asked Dr. Birx, the coronavirus response coordinator for the task force, to convince the president to reject the Georgia plan.

Kemp's plan calls for the gradual reopening of some businesses starting on Friday.

It has been met with sharp scrutiny - Kemp's order effectively makes Georgia the first state in the nation to take concrete steps to reactivating its economy.

In Wednesday's task force briefing, Trump said he told Kemp that he "disagreed strongly" with the decision to begin reopening the state's economy.

In the previous day's briefing, the president called Kemp a "very capable man" who "knows what he's doing." He did not indicate direct disagreement with the governor, but indicated he would raise the question of whether the state's testing was sufficient enough to justify reopening.

According to CNN, before the next briefing Birx "had a private meeting" with Trump and "successfully convinced him to denounce Kemp's decision."

He said he felt it was "too soon" for some of the businesses slated to begin reopening under the Georgia plan, such as beauty salons, barber shops and tattoo parlors.

RELATED: Kemp confident despite Trump saying he disagrees with decision to reopen Georgia

"And I love the people, I love those people that use all of those things, the spas and the beauty parlors and barbershops and tattoo parlors, I love them. But they can wait a little bit longer, just a little bit, not much," Trump said.

CNN reported that, on Tuesday, the president and Vice President Mike Pence called Kemp and indicated their support for his decision.

After Wednesday's briefing, Kemp responded to the remarks with a series of tweets.

"Earlier today, I discussed Georgia's plan to reopen shuttered businesses for limited operations with @POTUS. I appreciate his bold leadership and insight during these difficult times and the framework provided by the White House to safely move states forward," he said.

He went on to say that they will continue to review the data.

"Our next measured step is driven by data and guided by state public health officials. We will continue with this approach to protect the lives - and livelihoods - of all Georgians," he said. "Just like the thousands of businesses currently operating throughout Georgia, I am confident that business owners who decide to reopen will adhere to Minimum Basic Operations, which prioritize the health and well-being of employees and customers."

Less than an hour before Trump's comments, Kemp told 11Alive he spoke to the president. However, he didn't mention the disagreement.

"We’ve had conversations with the White House about our data, what we’re doing, they’re doing the same with a lot of governors around the country," the governor said.

11Alive is focusing our news coverage on the facts and not the fear around the virus. We want to keep you informed about the latest developments while ensuring that we deliver confirmed, factual information.

We will track the most important coronavirus elements relating to Georgia on this page. Refresh often for new information.

I took my camera out to document Atlanta during the coronavirus pandemic. Here's what I saw

Islands of protection in a sea of COVID-19: Dozens of senior living facilities in Georgia reporting zero cases

These are the coronavirus hot spots in Georgia