The six sites across the state will be open to anyone as long as they are eligible to receive the vaccine, Hogan says. 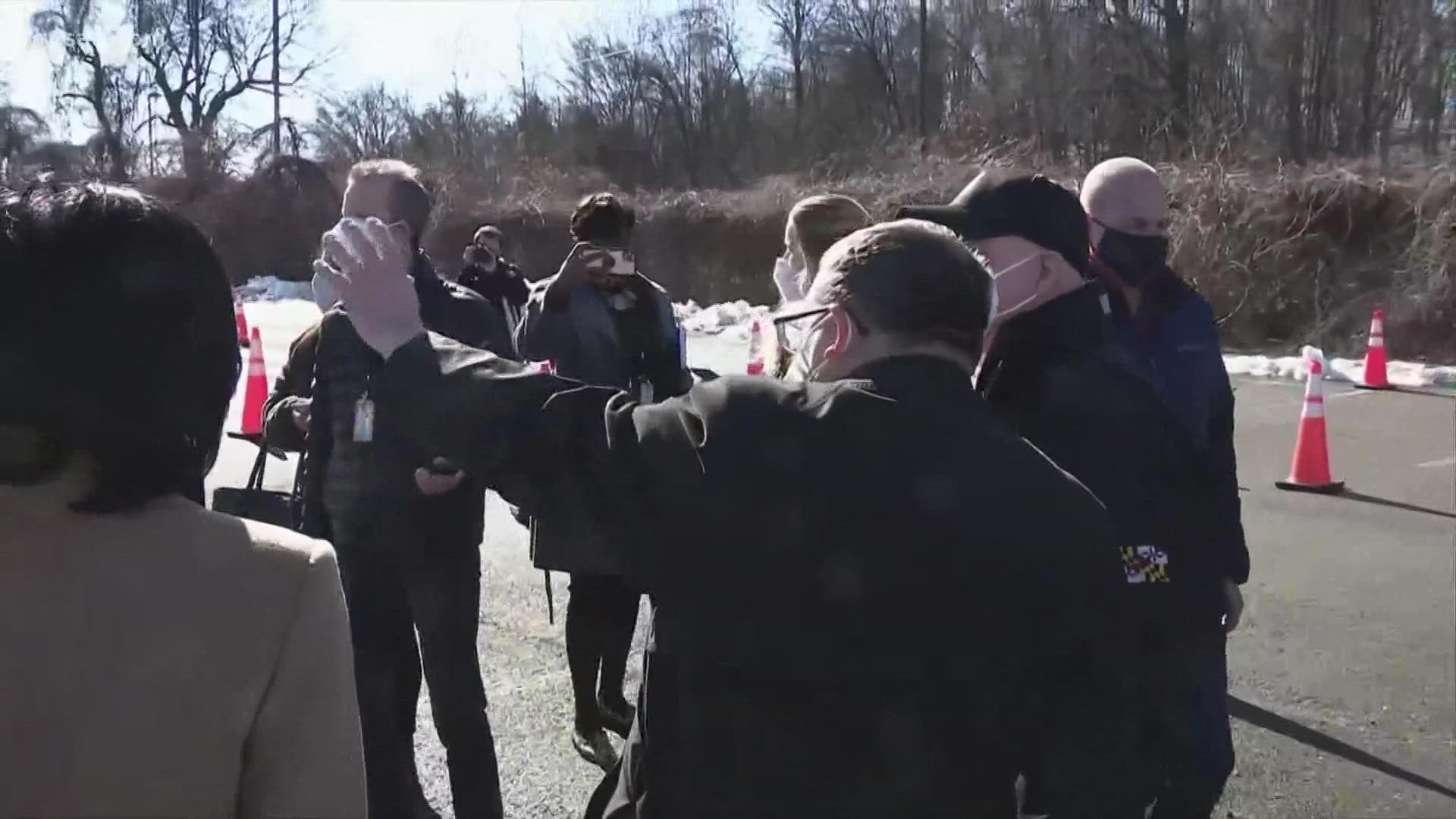 The six sites across the state will be open to anyone who is eligible to receive the vaccine, Hogan said during a news conference Tuesday afternoon. However, Hogan said that while the speed of vaccinations is increasing, the supply from the federal government remains extremely limited in the state; Maryland currently receives 10,000 doses a day, while two million Marylanders are vaccine eligible under Phase 1.

“With the anticipation that the federal government will be able to address supply chain issues, and that they will increase deliveries to the states, we have directed the Maryland Department of Health and the Maryland National Guard, to work with county leaders with hospitals and private partners to establish mass vaccination sites at six central locations statewide,” Hogan said.

The governor said hundreds of National Guardsmen that are currently protecting the U.S. Capitol in the District will be reassigned immediately to help plan, build and launch these new vaccination sites by the end of the week.

Within the DMV, a testing location at Six Flags America in Prince George’s County will now become a vaccination site by Feb. 5, Hogan said.

In addition, the governor confirmed that Baltimore City’s Health Department in partnership with the University of Maryland Medical System will also open a mass vaccination site at M&T Bank Stadium as soon as the state receives higher more doses of the COVID-19 vaccine.

ALSO: The state is in the process of opening at least 6 centrally-located mass vaccination sites - beginning next week with @SixFlagsDC in Prince George's County & the Baltimore Convention Center. @wusa9 pic.twitter.com/JV7GluiO6i

Additional regional sites on the Eastern Shore and in Western and Southern Maryland are being finalized. Health department officials said that vaccination capacity at mass sites will be based on allocations, and an announcement will be made when appointments for mass sites become available.

“The truth is that this is not going to magically get better overnight," Hogan said. "The last 10 months have been really hard—this is much, much harder. So I ask all Marylanders to please be patient with the vaccination providers. They are all doing the best they can with very little resources. When is it your turn, be ready to get the vaccine.”

Hogan also announced that the state will expand its pharmacy network of vaccinators next week to include select Safeway and Rite Aid locations. The state is utilizing data and modeling, along with input from local officials, to select pharmacies in underserved areas.

MORE: County health departments in the state have done nearly 70% of their doses -- as the state has deployed 800+ volunteers, as well as National Guard teams to assist in this effort. @wusa9 pic.twitter.com/RLZu4O3L7K

In the meantime, vaccinations are underway this week in Walmart, Giant, and Martin’s stores. As of next week, there will be 51 retail pharmacies providing vaccinations statewide, and that number will increase as the state receives more supply. Hogan said the state will also partner with pharmacies to stand up mobile clinics in hard-to-reach areas.

As of Tuesday, providers in Maryland have administered 396,661 doses of COVID-19 vaccines, including 75.9% of first doses and 59.4% of first and second doses. The seven-day average of doses administered is 18,715 — that's an increase of 54% over the last two weeks.