After an intense pressure campaign directed towards top leaders at the IRS, they agreed to delay the tax filing deadline and close two service centers. 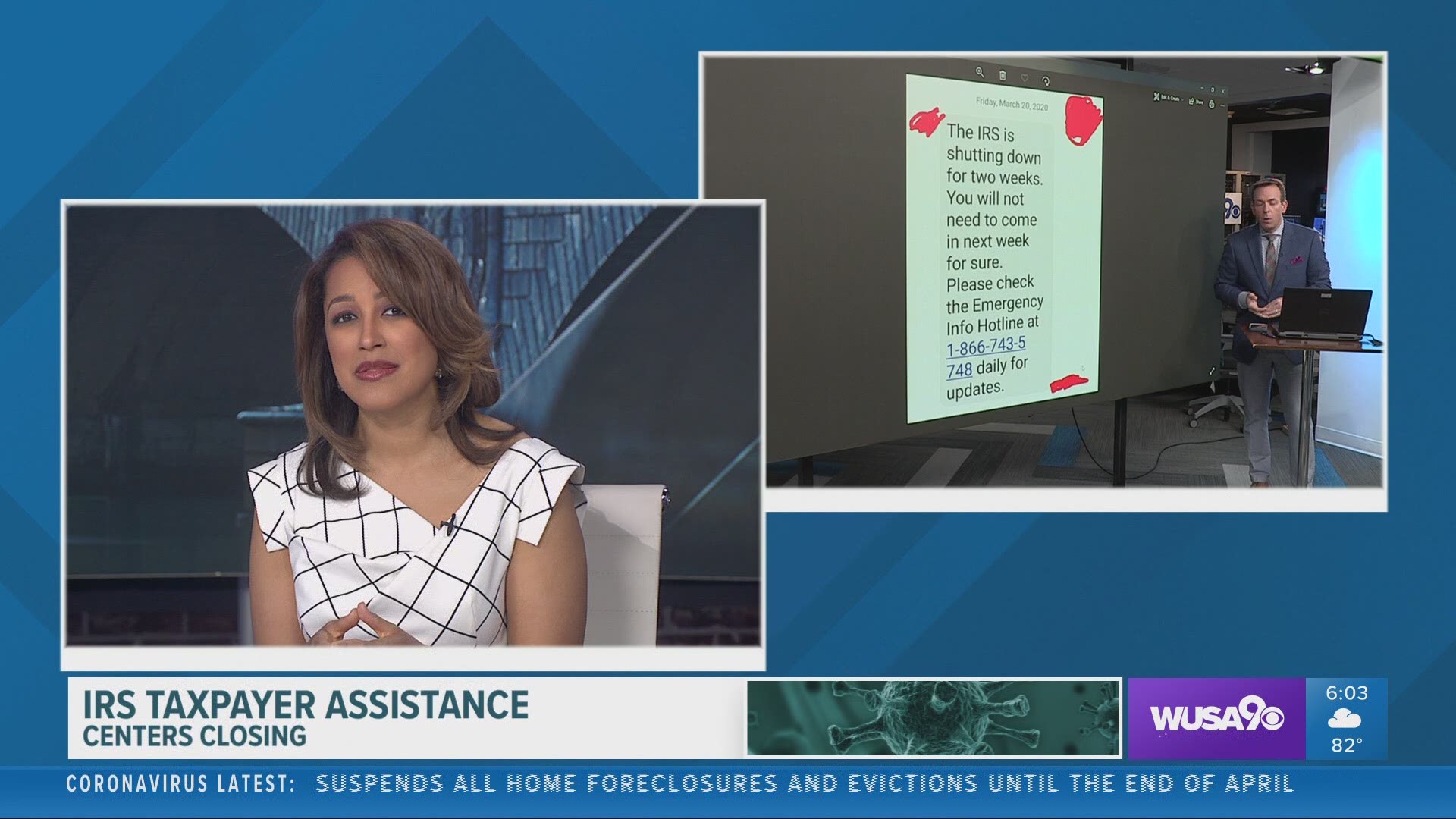 WASHINGTON — Federal workers across America have reached out by the hundreds to express their dismay at the federal government's handling of the COVID-19 crisis. Still, by Friday, offices housing thousands of federal workers remained open, from Fresno, California to Brookhaven, New York.

WUSA9 has been pressing the White House, federal leaders, Congress and the IRS since this past Sunday for answers about why the federal government refuses to enforce its own social distancing policy enacted in response to the coronavirus.

While the issue of federal workers still reporting to work extends to many different agencies, WUSA9 has heard from hundreds of IRS employees being forced to continue working.

They shared their concerns anonymously for fear of retribution. Many described unsanitary conditions in their workplace, such as a lack of hand sanitizer or sanitizing wipes. A lot of employees are also forced to share workstations.

At one IRS service center, in Brookhaven, as many as 4,000 employees reported to work during one shift this week.

For three consecutive days, WUSA9 pressed the IRS for answers and demanded an interview with IRS Commissioner Charles Rettig. An IRS spokesman acknowledged receiving our emails and phone calls, but the agency has denied our interview requests and provided no comment to date on the allegations they have put employees at risk in offices nationwide.

RELATED: Telework guidance limited for federal employees, reportedly not given in some cases

The IRS followed that announcement with the news that it would be closing a number of taxpayer assistance centers.

WUSA9 learned that two service centers, in Fresno and Philadelphia, will close completely, while centers in Brookhaven, Covington, Kentucky, Odgen, Utah, Austin, Texas and outside Atlanta, Georgia will remain open with employees working two weeks on, two weeks off shifts.

RELATED: Cherry blossom visitors are not socially distancing themselves