Reports show these new strains of the virus have already reached the U.S. in at least eight states including Georgia, California and Texas. 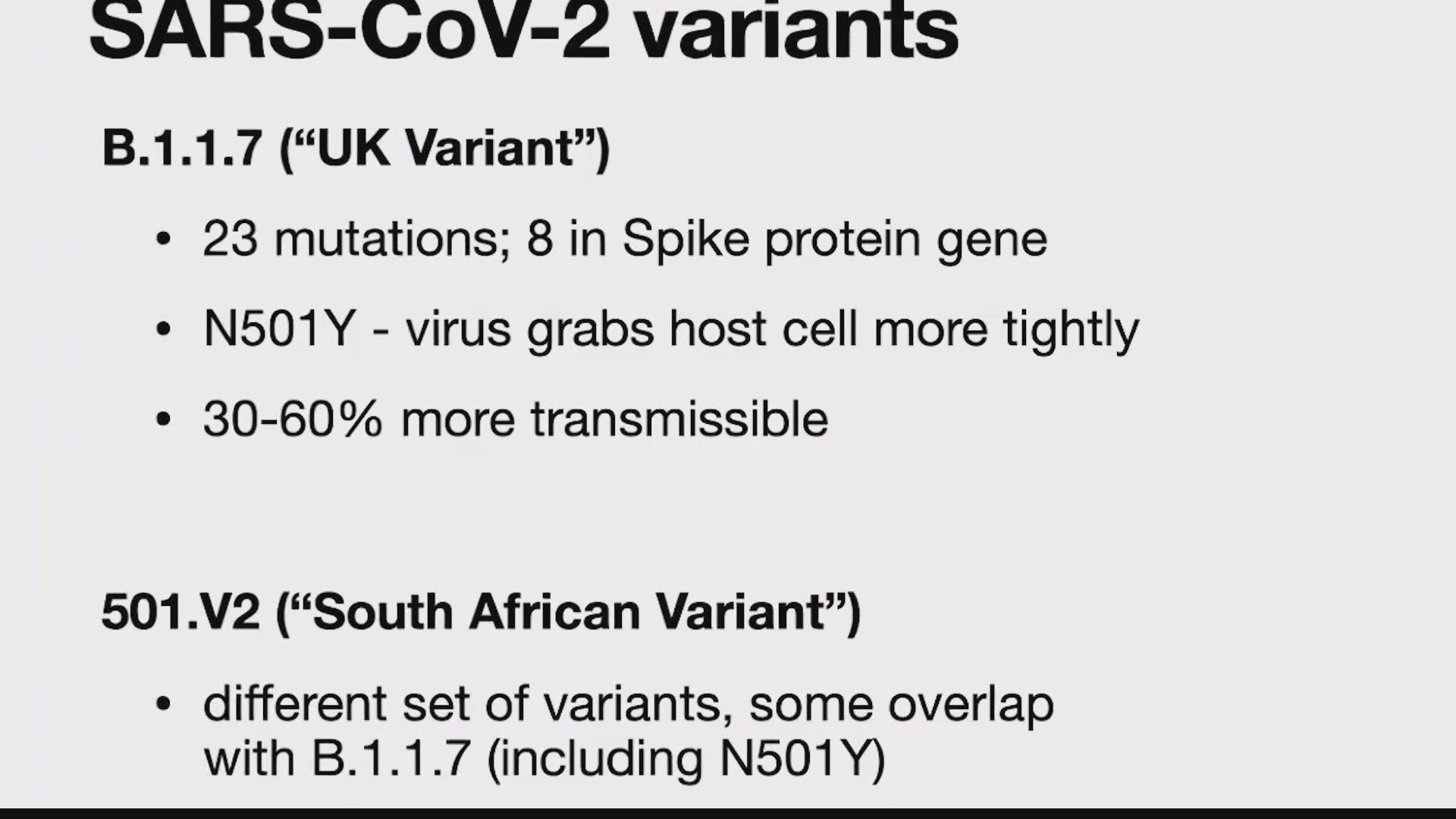 HUNTSVILLE, Ala. — We're now hearing about different strains of the coronavirus being found across the world and here in the U.S. Although doctors believe the vaccine will protect against them, people still have a lot of questions.

WZDX News spoke to an expert at HudsonAlpha to get some more insight.

"The key here, is there are multiple changes in the genetic structure, in the genome of these versions of the virus," says Hudson Alpha Institute for Biotechnology Vice President for Educational Outreach, Dr. Neil Lamb, PhD.

Lamb says there are some concerns with these variants. "Many of those changes are in the gene from the spike protein. That's what sits on the outside of the virus and it's how it binds to human cells and gains entry to infect the cell," he says.

There's also the South African variant which overlaps with the U.K. variant. "If you're increasing the number of people with COVID, you will therefore also increase the number of people that will have to go to the hospital because they developed serious COVID," says Lamb.

Reports show these new strains of the virus have already reached the U.S. in at least eight states including Georgia, California and Texas.

Lamb says work is underway to see if the variant has made it here in the Tennessee Valley or nearby.

"In order to know if the variant, you have to have a pretty robust screening process. That's generally more than the kind of test that you go that tells you do you have the virus or not," he says.

Lamb believes we could be see some answers soon. "I think that we will over the next few weeks, begin to get some of that testing to give us that answer. But, we don't yet have the level of detail to be able to pick that up," says Lamb.

Lamb says a variant or mutation that was tested (N501Y) is still effective with the Pfizer vaccine. However, he stays we should still be cautious.

"This only looked at the 501 mutation in isolation. Not in combination with the other variants found in the U.K. version, and then the South African version," says Lamb.