In a statement from the superintendent, the school district announced it is hiring a law firm to conduct an outside review of the distance learning rollout. 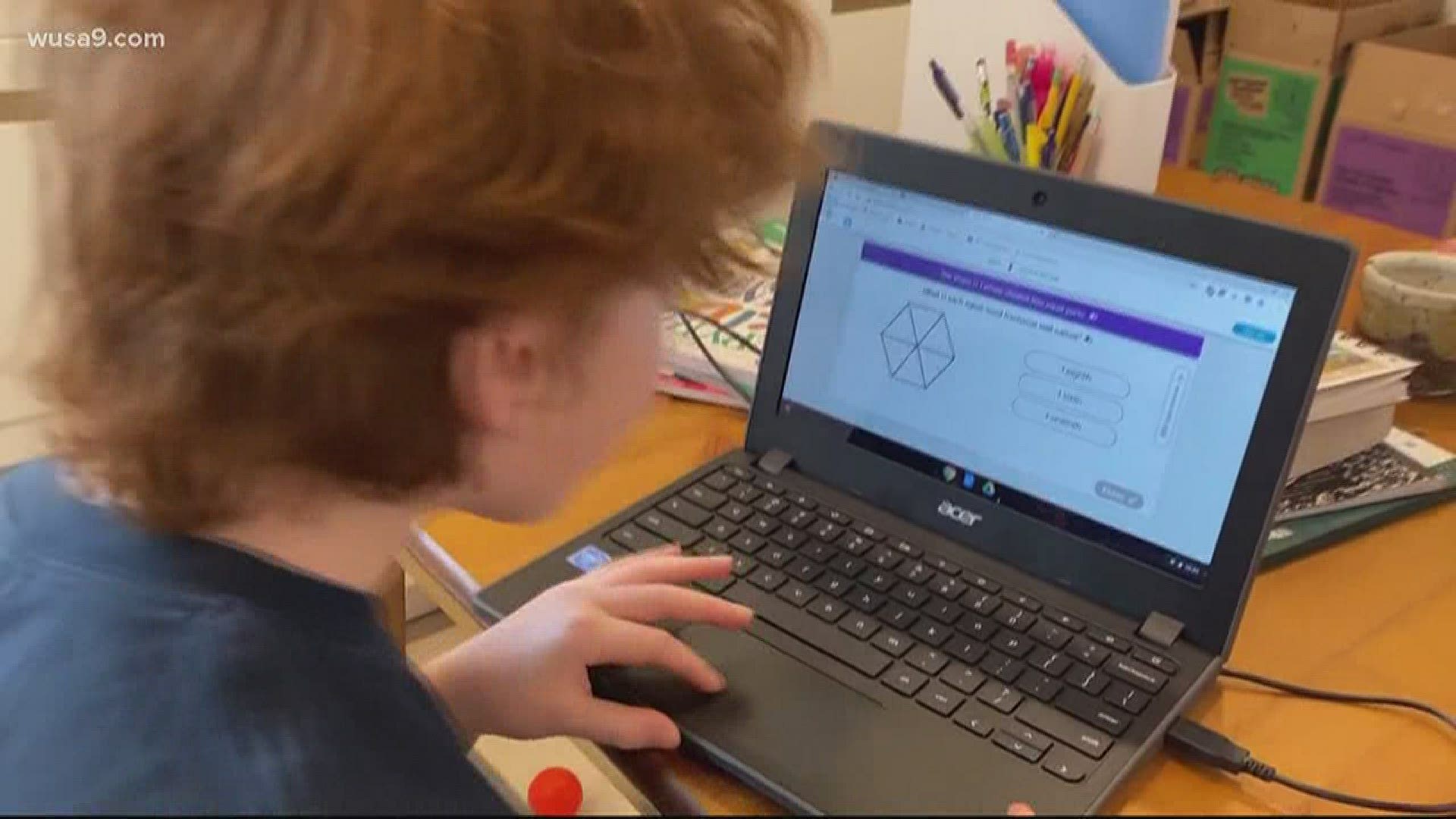 On Monday, FCPS Superintendent Scott Brabrand said in a statement to the FCPS community, "This is frustrating and disappointing for everyone." He also announced the district would move away from Blackboard and announced steps to improve distance learning that include an outside legal review and a new Technology Advisory Council.

"First, I am initiating a comprehensive, outside review of the distance learning rollout," the statement continued. "We have retained Hunton Andrews Kurth LLP, a law firm with expertise in information technology and cybersecurity. We anticipate a report from them in the next few weeks to guide our continued work in distance learning."

"The council will meet regularly to advise me on best practices in technology architecture and infrastructure, examine emerging software that will enhance online learning opportunities, and recommend cutting edge educational technology for teachers and students," the statement said.

On Wednesday, an FCPS spokesperson said a date has not been shared yet on when the council hopes to have resolutions.

"That should have been addressed four or five weeks ago," FCPS parent Maurisa Potts said. "It's a little too late to be forming a task force and advisory groups when people are waiting on having digital learning. Now we're spending more time forming a task force and groups and things of that nature, in the middle of a pandemic, and we're still on the sidelines, waiting on what the plan is."

Potts and other FCPS parents said the second failure of the digital learning website, which means less social interaction for students, is frustrating and disappointing.

Credit: WUSA
FCPS posted an update on the status of the Distance Learning plan.

"I'm stressing myself out and watching my kid get heartbroken when he can't see his friends anymore,"  FCPS parent Angela Myung said. "They've dropped the bar and they can’t even pick the bar back up."

She said rather than interactive learning, her children have been doing worksheets and looking at educational websites.

"This week with this start, my son was frustrated for the first time," Potts said. "He said 'why can't they get this right?' This is coming from an 11-year-old, so it's heartbreaking for us. Obviously, our kids know that we're doing the best we can, as parents, but, there needs to be accountability. This is not our day job."

An FCPS spokesperson said the district has an annual $2.6 million contract with Blackboard, and that includes an extra $150,000 per month during the shutdown for the extra work being done. Blackboard would not comment if the company is receiving that monthly incentive, as the district announced plans to move away from using Blackboard.

A Blackboard spokesperson said that the company has over 10,000 clients globally and the issue FCPS has experienced is a localized issue.

"The issue FCPS has experienced this week is related specifically to the configuration of the legacy version of Learn that FCPS is running," a Blackboard representative said "This version is no longer supported under our product policy. Despite it no longer being supported, we are committed to working to the extent possible to resolve the issues FCPS is experiencing. We have not received any reports of similar issues from other clients."

In other school districts across Northern Virginia, distance learning seems to be going well.

"We're also the last to get online, or distance learning launching online," Potts said. "So we honestly expect it a little bit better in terms of the launch of things and how things could go smoothly and it just hasn’t."

A spokesperson for Loudoun County Public Schools said the district has an agreement with Google and has been using Google Classroom along with other tools.

An LCPS official said they started distance learning the week of March 13, and distance learning for LCPS has not had to be delayed because of technical issues. The spokesperson said the district is not paying Google any additional funds during the shutdown.

In Prince William County, school officials said they have been using Microsoft Teams, and said things have been going well.

"If these other school districts can do this, we should be able to set this up and do it as well," Myung said. "There's no excuse at this point for Fairfax County."

The FCPS superintendent’s letter said teachers will not be providing face-to-face instruction, and instead will continue to provide other learning opportunities via a variety of platforms.

As for the digital learning issues, a Blackboard spokesperson said they apologize.

"We apologize for the challenges FCPS experienced," a Blackboard spokesperson said in an email to WUSA9. "We understand the disruption this has caused to instruction. That’s something that we work hard every day to ensure does not happen to any client, group of students, parents, teachers, or staff. As a Fairfax County-based company, many of our employees are Fairfax residents and have children who attend FCPS and this is personal to them. We are deeply committed to providing Fairfax students and parents the robust and secure learning environment that they want and need."