COVID and constitution, the debate over stay-at-home orders

A new plan from the national governors association warns that states should proceed with caution before lifting stay-at-home orders. 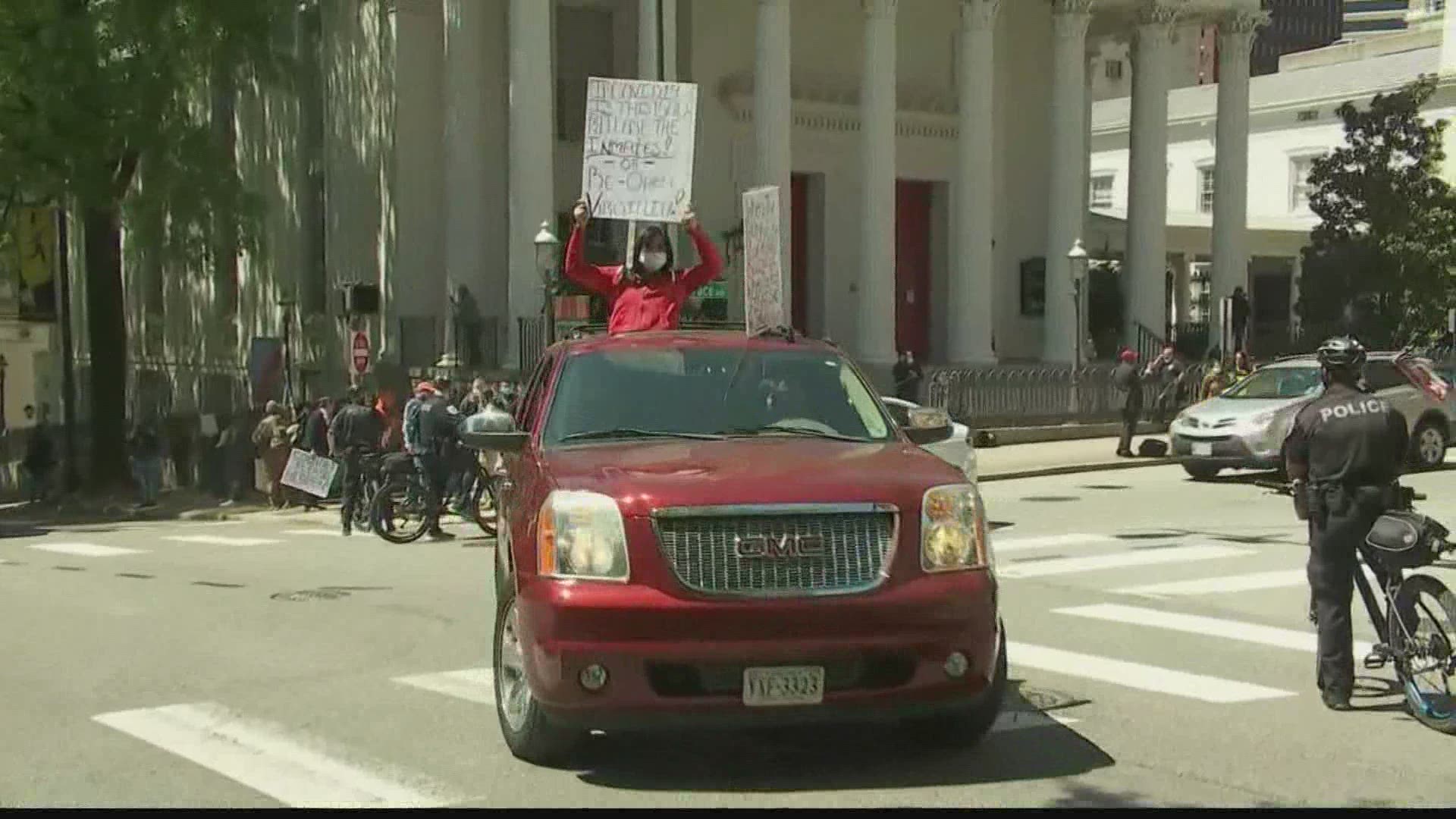 Attorney General Bill Barr is threatening possible legal action against some states because of their stay at home orders.

As the Virginia state legislature took to a tent on Wednesday, meeting outside chambers to maintain social distancing during the coronavirus, protesters made their opinions known with their car horns.

Those protesters telling the state government to open up businesses and to loosen up stay-at-home requirements.

"The economy is such an important part of keeping the American country afloat. We've got to make sure we don't destroy the economy."

It's one of a handful of protests popping up in different states.

U.S. Attorney General Bill Barr seems to agree with the protesters, saying the justice department would consider supporting lawsuits against some of the tighter restrictions.

Democratic leaders say before the economy opens up. Cases have to go down. And they're pushing back on Barr's view of federal power.

"So much for states rights. I mean, I think he'll be way off base. I think he'll lose legally in his view of an overarching, almost monarchical president never ceases to amaze me."

At least 42 states and Washington, D.C. are under some type of stay at home order.

RELATED: Ivey says plan for reopening the economy “will be data driven, not date driven”