Health experts have raised concerns political pressure may be used to push a vaccine through before the election and before its proven safe or effective. 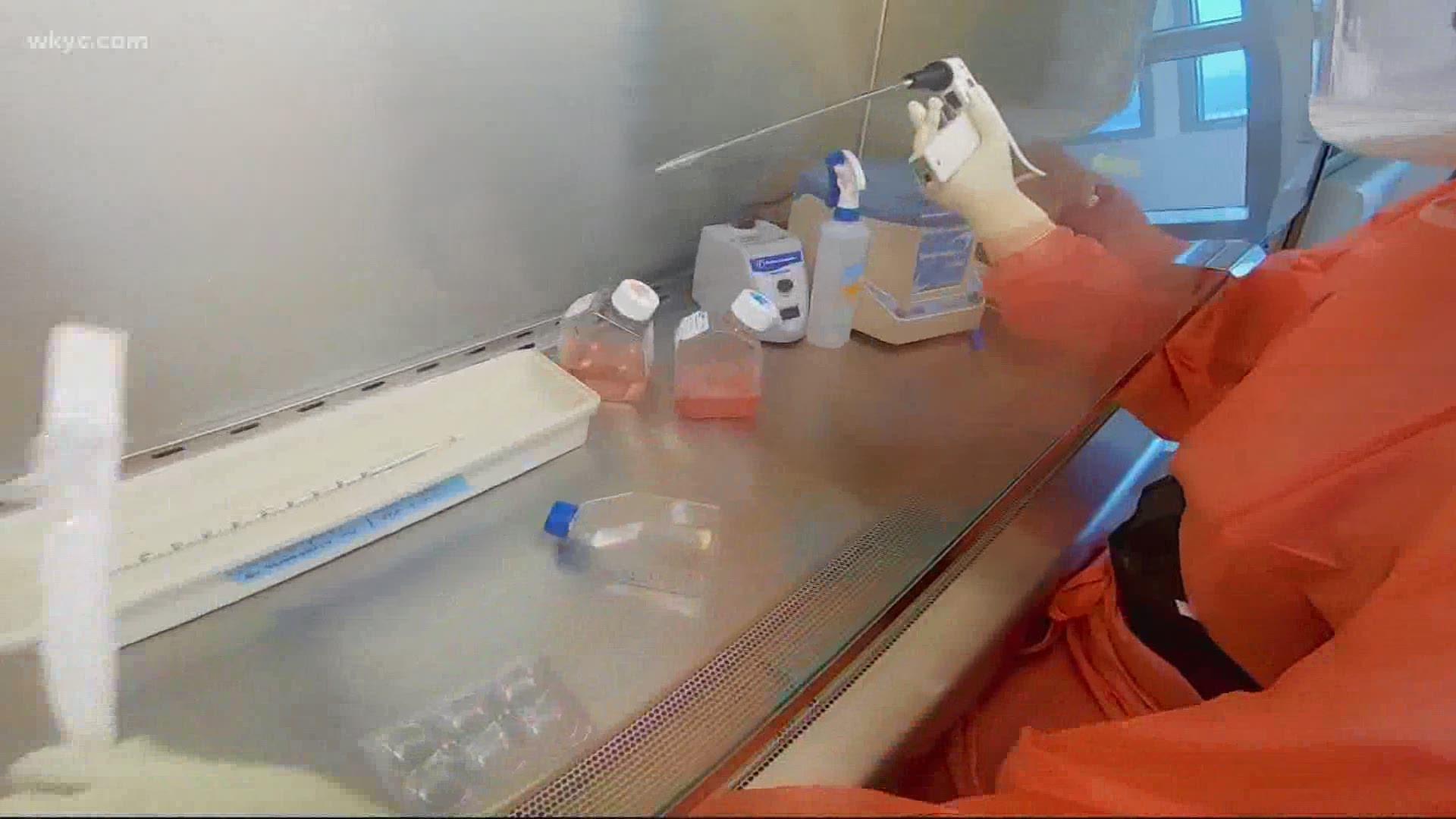 Pfizer, Moderna, Johnson & Johnson and other companies developing separate COVID-19 vaccines plan to issue a joint public declaration that they will not seek government approval until their vaccines are proven to be safe and effective, multiple news outlets reported Friday.

The joint pledge -- an unusual occurrence for companies that regularly compete against each other -- could come as soon as next week, The Wall Street Journal and Bloomberg report.

The pledge would be to adhere to high scientific and ethical standards in the conduct of clinical trials and manufacturing and making the well-being of vaccinated people a priority, WSJ reported.

“We believe this pledge will help ensure public confidence in the Covid-19 vaccines that may ultimately be approved and adherence to the rigorous scientific and regulatory process by which they are evaluated,” the draft statement said, according to WSJ.

RELATED: Coronavirus model projects US deaths to reach 410,000 by Jan. 1

The reports come days after it was learned the Centers for Disease Control and Prevention issued an alert to states telling them to be ready to distribute a vaccine as soon as Nov. 1. That news has been met, not with exhilaration, but with suspicion among some public health experts, who wonder whether the Trump administration is hyping the possibility or intends to rush approval for political gain.

The skepticism comes amid growing questions about the scientific credibility of the Food and Drug Administration and the CDC, and their vulnerability to political pressure from President Donald Trump.

Dr. Anthony Fauci, the government's top infectious-disease expert and a member of Trump’s coronavirus task force, told CNN on Thursday that it is unlikely but “not impossible” that a vaccine could win approval in October, instead of November or December, as many experts believe.

RELATED: Will a COVID-19 vaccine really be ready before Election Day?

“And I would assume, and I’m pretty sure, it’s going to be the case that a vaccine would not be approved for the American public unless it was indeed both safe and effective," he said.

Similarly, Dr. Moncef Slaoui, chief adviser to Operation Warp Speed, the administration's project to hasten the development of a vaccine, told NPR that it is possible but “extremely unlikely” a vaccine will be ready before the election.

White House spokeswoman Kayleigh McEnany, meanwhile, gave assurances that Trump “will not in any way sacrifice safety” when it comes to a vaccine. And executives of five top pharmaceutical companies pledged that no COVID-19 vaccines or treatments will be approved, even for emergency use, without proof they are safe and effective.

The concerns were set off by a letter dated Aug. 27 in which CDC Director Robert Redfield asked the nation's governors to help government contractor McKesson Corp. set up vaccine distribution facilities so that they are up and running by Nov. 1. Redfield did not say a vaccine would be ready by then.

Some longtime scientific advisers to the government said the CDC's preparations for a possible early vaccine do not necessarily mean that an answer will come sooner or that there will be a rush to judgment about whether one works.

“Being prepared for early success ... is actually prudent,” said Dr. Steven Nissen, a Cleveland Clinic cardiologist. If a vaccine is working, “you want to be prepared to act on the information.”

Still, to some public health experts, the timing of the letter smacked of a political stunt by a president facing a tough reelection.

Jha noted the FDA’s recent move to approve emergency use of convalescent plasma against COVID-19 following threats and complaints from Trump about the slow pace of the agency’s review.

Last week, FDA Commissioner Stephen Hahn was forced to correct himself after overstating the lifesaving benefits of the plasma treatment. The CDC also came under fire from scientists in recent days for quietly updating its guidelines to suggest fewer Americans need to get tested for the virus.

Jha said the stakes here are much higher.

“You want to have pretty good safety data on vaccines,” he said. “So I am deeply worried that that’s not what is going to happen.”

“Too much of the evidence points to the Trump administration pressuring the FDA to approve a vaccine by Election Day to boost the president’s reelection campaign," he said in a statement. “This raises serious safety concerns about politics, not science and public health, driving the decision making process.”

Three COVID-19 vaccines are undergoing final-stage, or Phase 3, clinical trials in the U.S. Each study is enrolling about 30,000 people who will get two shots, three weeks apart, and then will be monitored for coronavirus infections and side effects for anywhere from a week to two years.

The FDA will not be able to even consider a vaccine until certain key steps occur.

First, independent experts on what are known as data safety monitoring boards, or DSMBs, will have to rule that they have collected enough information to draw firm conclusions about a vaccine’s performance. Then the experts will make the data available to the manufacturer, which will decide whether to submit it for FDA approval.

Whether and when to stop a study early is up to a DSMB, whose scientists see a study’s results as they are accumulating. The company does not.

“We will not cut corners,” Pfizer CEO Albert Bourla vowed Thursday in a call with reporters, hosted by a pharmaceutical industry group. Chief executives from Merck, Roche, Eli Lilly and Gilead Sciences agreed, adding that extra transparency on the test results and approval process is needed.

Bourla said that as of Wednesday, the company’s late-stage study, which started at the end of July, had enrolled about 23,000 people, some of whom had already received the second dose. He said he expects by the end of October to have enough participants infected by the virus to tell whether the vaccine works — an extremely fast timeline.

Countries around the world are racing to develop a vaccine. Russian President Vladimir Putin announced Aug. 11 that his country had become the first to approve one, but scientists reacted skeptically because the shots had been tested on just a few dozen people.

Alex Azar, Trump’s secretary of Health and Human Services, gave assurances that any decision to release a vaccine in the U.S. would be based on the data and the “FDA’s gold standards.”

And he accused those questioning the Nov. 1 date of partisanship.

“I think it’s very irresponsible how people are trying to politicize notions of delivering a vaccine to the American people,” he told CBS. “We already have a significant challenge in this country with vaccine hesitancy. And efforts to undermine confidence in a vaccine ... hurt in terms of people being willing to take a vaccine once it comes through.”