Businesses can’t be hamstrung with lawsuits that will distract them or worse, lead them to financial ruin. But customers and workers also need protection. 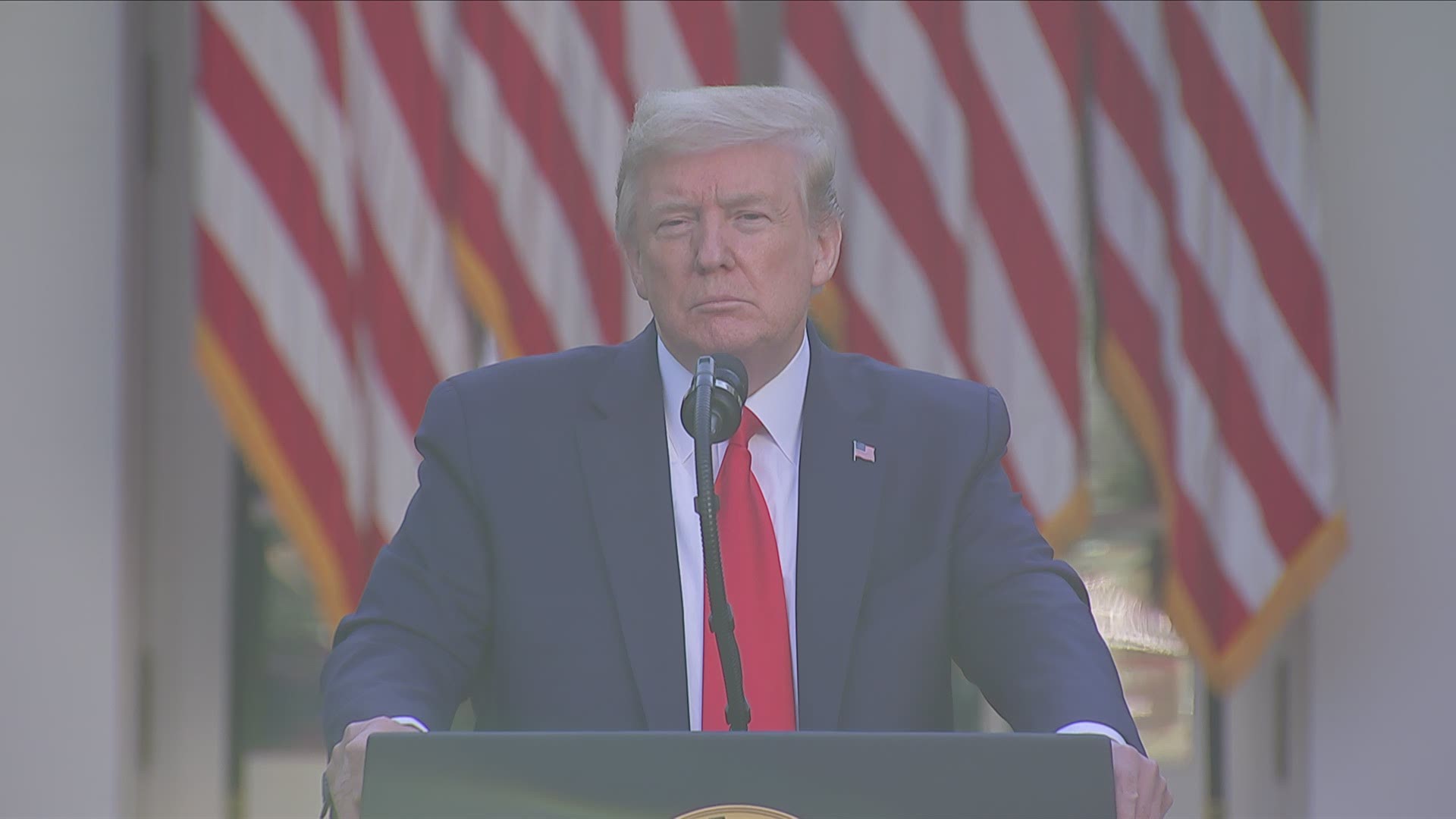 WASHINGTON — As companies start planning their reopenings, business groups are pushing Congress to limit liability from potential lawsuits filed by workers and customers infected by the coronavirus.

They appear to have the White House's ear.

President Donald Trump has floated shielding businesses from lawsuits. His top economic adviser Larry Kudlow said on CNBC last week that businesses shouldn't be held liable to trial lawyers “putting on false lawsuits that will probably be thrown out of court." He said the issue could require legislation, and Senate Majority Leader Mitch McConnell said Monday that the issue would be a priority when lawmakers return.

At issue is how to balance protecting businesses from lawsuits that could distract them and even lead to financial ruin, while also enabling justice for customers and workers who in a time of rapidly rising unemployment may not have the option of leaving their jobs for something safer.

“If there is no liability on the part of employers without a set of rules by which employers have to abide by, then that means you can have a wild wild west," said Kent Swig, president of Swig Equities, LLC, a privately owned real estate investment and development company.

Swig says he's planning measures like one-way lanes in public corridors in the lobbies and plexiglass dividers in offices at his properties. But he's seeking national guidelines as well.

Linda Kelly, general counsel at the National Association of Manufacturers, said her trade group is “not trying to protect bad actors, and we are also not saying that liability should be completely eliminated."

Rather, she said, the group believes “there should be a higher standard in place in order to impose legal liability and that employers who are doing the best that they can with the knowledge they have should not be subject to legal liability.”

The debate comes as lawsuits are already starting to surface. The cruise industry is facing a slew of complaints, including in California and Florida. A family of a Walmart worker who died of complications from COVID-19 sued the company, accusing managers of a Chicago-area store of not doing enough to protect its workers.

“We take this issue seriously and will respond as appropriate with the court," Walmart said in a statement to The Associated Press.

The American Federation of Government Employees, which represents health care workers at veterans’ hospitals and correctional officers at federal prisons, alleged in a class action suit that the federal government had not offered enough protective equipment.

The grocery industry is similarly a ripe target for lawsuits as it confronts pressure from unions like the United Food and Commercial Workers International Union, which has 900,000 members nationwide and has publicized that 30 grocery workers have died from COVID-19.

Amazon, the nation's largest online company, faces rising unrest among workers and pressure from an organized coalition of labor-backed groups.

"If the administration is not willing to hold giant corporations like Amazon and Walmart accountable to protect workers during this pandemic, they will be putting millions of American workers and families at risk,” UFCW president Marc Perrone said in a statement.

That worries business owners like Scott Nash, CEO of MOM's Organic Market, which operates 19 stores in the mid-Atlantic region.

Nash said some degree of immunity for businesses is needed given the highly charged atmosphere. He said his business has been attacked by some customers who verbally abuse workers. And some workers are making what he calls unreasonable demands like hazard pay even though he's already provided several rounds of temporary pay bumps.

“We want immunity from masses who can’t manage their anxiety and opportunist lawyers, and not to mention unions who are taking advantage of the situation,” Nash said. “We are under a lot of stress."

Credit: AP
Shoppers look at plants at a nursery in Macomb, Mich., Monday, April 27, 2020. Business groups are pushing Congress to limit liability from potential lawsuits filed by workers and customers who were infected by the coronavirus. (AP Photo/Paul Sancya)

There's no question Congress is empowered to regulate interstate commerce and has the authority to shield certain classes of businesses and people from liability — something it has done before, said Sachin Pandya, a University of Connecticut law professor with expertise in workplace law.

In fact, lawmakers in the recently enacted $2 trillion coronavirus rescue bill prevented, with some exceptions, volunteer health care workers from being held liable for harm caused by acts or omissions during the pandemic.

But, Pandya added, “The hard part would be identifying what exactly would be the type of business activity which would qualify for this kind of immunity. Is it everything? Is it customer-facing services? They have to sort of figure out the scope of the immunity.”

Though it's likely difficult for anyone to link an illness to a particular company’s business activities, there are nonetheless fairness questions if potential plaintiffs are denied compensation from a place that can be shown to be responsible for their injury, Pandya said.

And when it comes to companies, Pandya noted, “It is also important to give businesses a reason to invest the time and effort to put into place all reasonable precautions to reduce the risk of contagion.”

Anthony Sebok, a professor at Cardozo School of Law, said if Congress did shield companies from lawsuits, “they have to come up with, I think, an adequate substitute for the tort rights they are replacing.”

That could include a government fund that people could seek compensation from, similar to one created for victims of the Sept. 11 attacks.

“If Kudlow wants to give blanket immunity to a restaurant chain,” Sebok added, “I think the right way to do it would be to come up with an equivalent like we’ve done” in the past.

But J.H. (Rip) Verkerke, a University of Virginia law professor, sees no evidence of such a fund thus far.

“This looks to me more like, ’Let’s get rid of liability,” Verkerke said. And eliminating liability, he warned, could be “constitutionally suspect.”