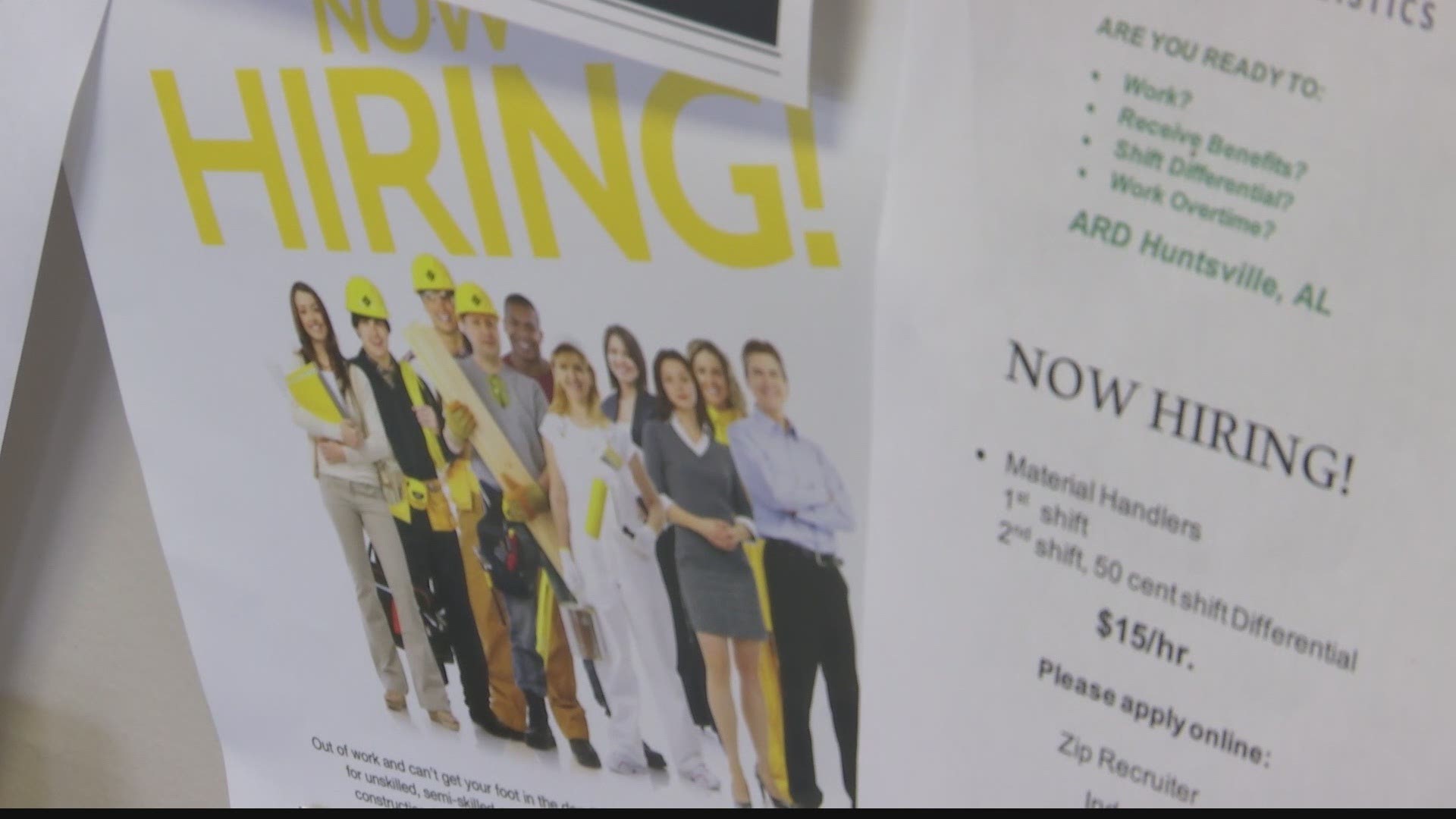 HUNTSVILLE, Ala. — Unemployment benefits will end Saturday due to labor shortages in Alabama, and one career center in Huntsville says they're ready to help people transition back to work.

Our WZDX News reporter has insight from a career specialist, and legal aid about what job seekers can look forward to.

"We've seen a noticeable increase in people coming into the career center, comparing it to a low point a year ago, we’ve at least doubled the walk-in traffic and the calls that are coming in,” says

Unemployment benefits now ending after a labor shortage has lead people to believe that folks are not actively seeking work.

However, Legal Services Alabama in Huntsville offers a different perspective.

“That’s the reality of what we’ve seen at Legal Aid. They’re not people who are not willing to work. In fact, they’ve been willing to work themselves until the bone, but having these additional benefits freed them up to make different decisions about their life.”

Fowler says right now it’s a job-seekers market and employers are offering more pay than before.

“Wages have risen so much in almost all of the industries. There are good jobs available in just about any type of occupation.”

He says there's a huge demand in the food industry, construction, and manufacturing.

“Folks may not have interviewed in years, and so we can help with preparing for interviews, and then we can match them up with the employers.”