State Health Officer Dr. Scott Harris said there have been no reports of adverse reactions in Alabama. 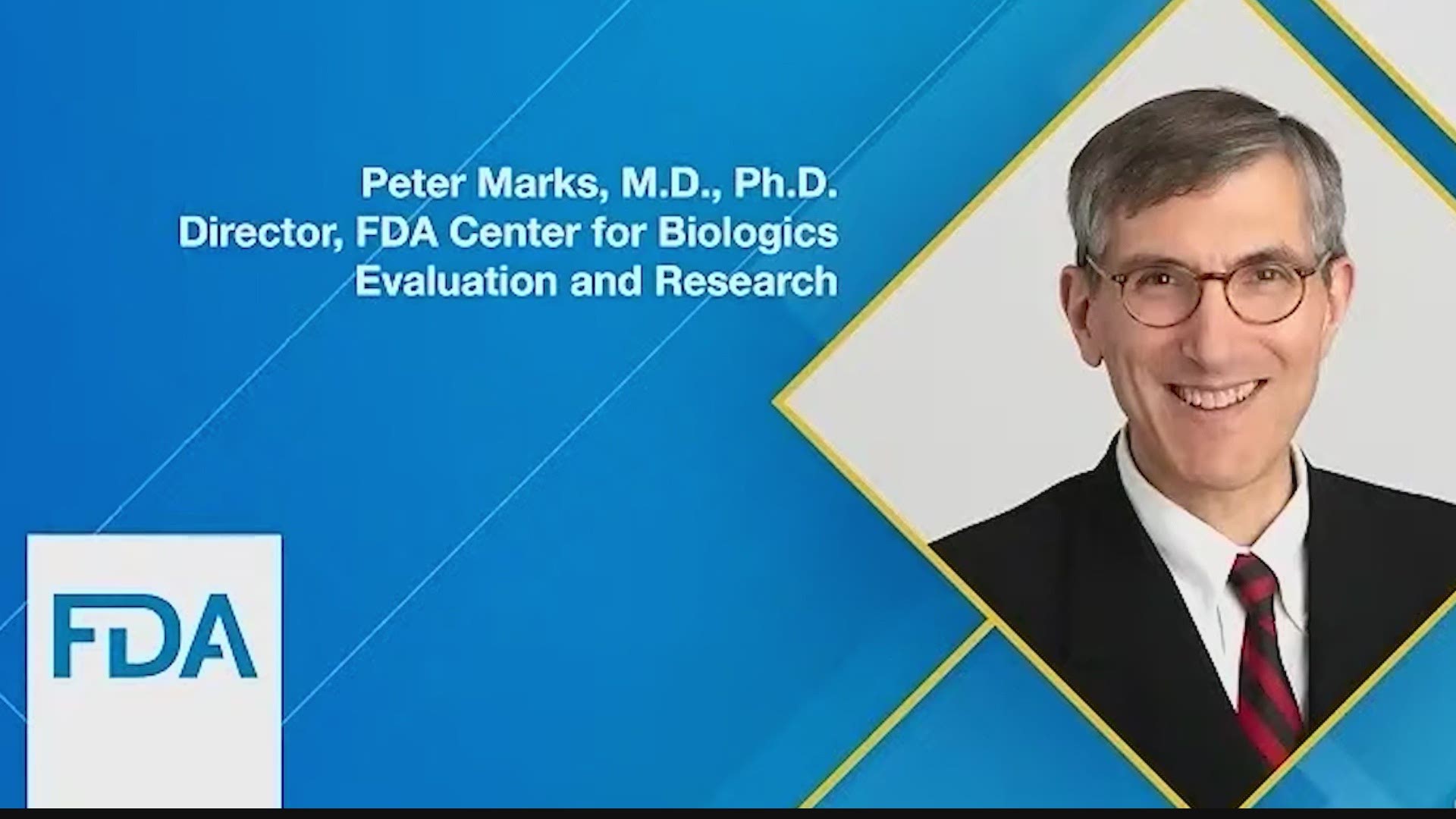 MONTGOMERY, Ala. — Alabama State Health Officer Dr. Scott Harris said Tuesday the state was pausing use of the Johnson & Johnson vaccine after the federal government announced earlier in the day six instances in other states of a rare blood clot.

“We do not have any reports at all of any adverse events,” Harris said, and encouraged those who want to get vaccinated with the other two vaccines to do so, noting that there have been no such reports of complications with the Pfizer and Moderna vaccines.

It’s also not yet clear if the rare blood clots are the result of the Johnson & Johnson vaccine, Harris said, but the pause is out of an abundance of caution while the matter is investigated.

“We would just ask you to monitor your own self, and see if you have any symptoms that you find concerning, and if so, please talk to your healthcare provider,” Harris said to those who received the Johnson & Johnson vaccine.

The FDA and the CDC issued a joint statement Tuesday announcing the federal agencies were calling for a pause in the use of the Johnson & Johnson vaccine after six cases of a rare blood clot were found.

All six cases of the rare blood clot occurred among women between the ages of 18 and 48, and within six to 13 days after vaccination, according to the statement. As of April 12, more than 6.8 million doses of the Johnson & Johnson had been administered in the U.S.

“Until that process is complete, we are recommending a pause in the use of this vaccine out of an abundance of caution. This is important, in part, to ensure that the health care provider community is aware of the potential for these adverse events and can plan for proper recognition and management due to the unique treatment required with this type of blood clot,” the statement reads.

“People who have received the J&J vaccine who develop severe headache, abdominal pain, leg pain, or shortness of breath within three weeks after vaccination should contact their health care provider. Health care providers are asked to report adverse events to the Vaccine Adverse Event Reporting System,” the statement reads.

Gov. Kay Ivey in a statement said: “COVID-19 vaccine safety is a top priority for Alabama. It is important to know that the adverse effects potentially stemming from the Johnson & Johnson shot have been extremely rare in the country, but out of an abundance of caution, Alabama is temporarily pausing these shots until we know more. I commend Dr. Harris for taking this swift step in our state so that we can continue moving forward, getting shots in the arms and putting COVID-19 behind us once and for all.”

Harris said typically a reaction of this sort, in a 1 in approximately 1.2 million people, wouldn’t prevent the use of a particular treatment option, but that officials want to make certain they have all the information so that “people can make a fully informed choice.”

Johnson & Johnson spokesman Jake Sargent in a statement reported by The Washington Post said the company is working with federal regulators.

“At present, no clear causal relationship has been established between these rare events and the Johnson COVID-19 vaccine,” Sargent said. “We continue to work closely with experts and regulators to assess the data and support the open communication of this information to healthcare professionals and the public.”

Harris said the department has asked the Alabama National Guard vaccination teams to hold off on upcoming clinics that were to use the Johnson & Johnson vaccine. The state has an adequate supply of the Pfizer vaccine, he said, but the problem is scheduling the needed second shot clinics using the Guard.

The CDC is to convene a meeting of the Advisory Committee on Immunization Practices on Wednesday to review the six cases, according to the statement.

The recommendation to pause the drug’s use is important, the agencies stated, because regular treatment for blood clots using the drug heparin can be dangerous when used to treat these rare blood clots, called cerebral venous sinus thrombosis.

The White House’s COVID-19 response coordinator Jeff Zients told reporters Tuesday that the Johnson & Johnson vaccine makes up just 5 percent of the doses administered in the U.S., according to CNN’s Kaitlan Collins. Zients said the White House is working with state and federal partners to get anyone scheduled for a Johnson & Johnson vaccine quickly rescheduled for a Pfizer or Moderna vaccine, Collins reported.

IN OTHER NEWS: Huntsville Hospital's online portal for vaccination appointments 'to take out the middle man'