Alabama hospitals caring for 28 children with COVID-19 on Friday

There were more than 1,200 COVID-19 hospitalizations statewide on Friday, nearly doubling from the previous week. 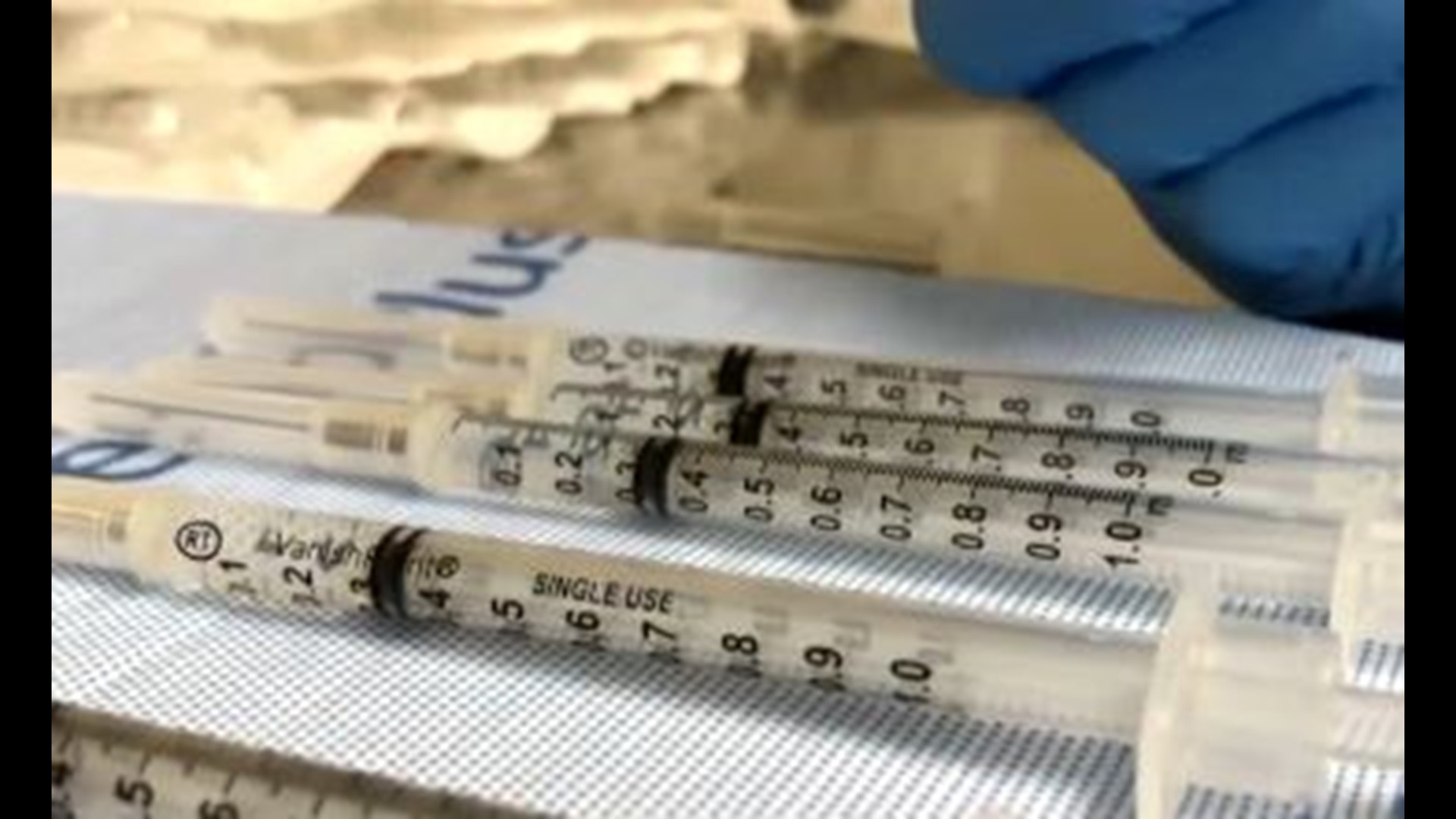 HUNTSVILLE, Ala. — UPDATE: The number of hospitalized children on Friday, July 30 was 28.

There were 32 hospitalized children with COVID-19 in Alabama on Monday, a number not seen even when the state had more than 3,000 hospitalized COVID-19 patients in January, during the deadly winter surge.

Just more than a week ago Alabama hospitals were caring for nine children with COVID-19, at least one of whom was on a ventilator. Alabama’s rising cases and hospitalizations are a phenomenon being seen across the country as the more contagious delta variant takes hold.

Dr. Don Williamson told APR on Monday that while it’s possible there were some days when Alabama had as many as 32 children hospitalized with COVID-19 during the winter surge, his review of several days during the peak of hospitalizations in January didn’t show nearly as many.

The association’s data doesn’t show whether any of those children are in ICU’s, whether some are hooked to life-saving ventilators or how many are under the age of 12, who aren’t currently eligible for vaccinations, Williamson said, but the younger patients are a sign of what’s happening statewide.

“If we’re seeing lots of kids in the hospital, that means they are getting exposed in the community, and there is widespread transmission,” Williamson said

“And for the first time in months we had over 100 new admissions,” Williamson said.

There were 916 COVID-19 hospitalizations statewide on Monday, nearly doubling from the previous week.

New cases are once again skyrocketing as well. Alabama’s seven-day average of new daily COVID-19 cases by date of infection rose by 434 percent between July 1 and Saturday, from 228 to 1,219.

“In January the fire was raging,” Williamson said. “We had 3,000 people in the hospital, but there was a firebreak.”

Public health officials knew vaccines could reduce new cases and hospitalizations if enough people took them, Williamson said, and more than 75 percent of Alabamians 75 and older, the most vulnerable to bad outcomes and death, are vaccinated.

“Hospitalizations plummeted, and by May and June, we were at 160 to 170 people in the hospital,” Williamson said.

The virus during that time was less infectious than the delta variant, Williamson said. UAB said Monday that the more contagious delta variant made up 90 percent of UAB’s latest samples.

The number of people fully vaccinated in Alabama is lower than in any other state, at 34.1 percent, according to the Centers for Disease Control and Prevention, and it’s lowest among Alabama’s younger populations. Just 5.3 percent of those under 17 in Alabama are vaccinated, while 24.8 percent among those between 18 and 29 are and 35 percent in the 30 to 49 age group.

While many objected to Alabama’s statewide mask mandate over the winter surge, many still wore masks, Williamson said, noting that today, even many of the unvaccinated aren’t wearing masks indoors.

“So you’ve got this large susceptible population that’s not rushing to get vaccinated, that’s not engaged in any social distancing, and we now have a thousand times more infectious virus than the ones we were dealing with last summer,” Williamson said. “The forest fire is beginning to rage again, so now the question is, what’s the fire break? And that’s why I’m more worried now, in many ways, than I was then.”

The only fire break Williamson said he sees is of the virus burns through the unvaccinated population, which public health officials say will lead to unnecessary illness and death.

Centers for Disease Control and Prevention director Dr. Rochelle Walensky has said 99.5 percent of all deaths from COVID-19 are among the unvaccinated. The Alabama Hospital Association earlier in July surveyed state hospitals and found that 94 percent of COVID-19 hospitalizations were unvaccinated.

Even if the virus does burn through the unvaccinated, leaving many with some level of protection – although experts warn just how much, and for how long, isn’t yet clear – Williamson worries about the virus’s constant mutations, which could result in a variant that the vaccines can’t fight off.

Williamson agreed with a statement earlier on Monday by Dr. Michael Saag, that it’s likely time for everyone, unvaccinated and vaccinated, a to return to wearing masks.

“We can push back or fight against it, but that doesn’t change it. The virus doesn’t care,” Saag said. “It’s going to infect us if it gets a chance, and our job is to not give it a chance.”