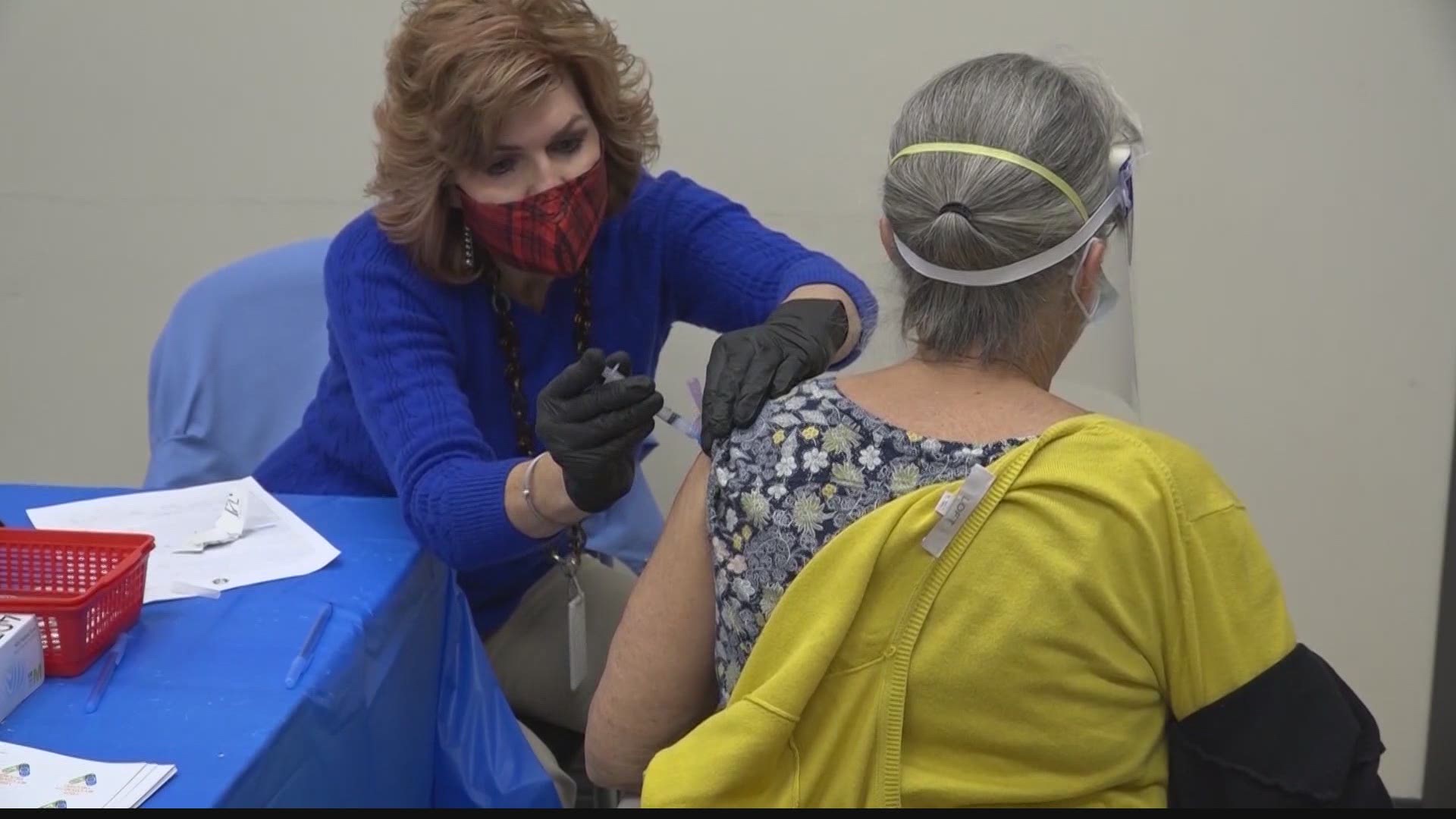 HUNTSVILLE, Ala. — Many states are getting around the vaccine shortage by not saving the second doses. They are trying to get the first dose to as many people as possible.

Alabama is seeing a shortage, but is making it a priority to make sure people get their second dose. Counties like Madison and Morgan County Health Departments say as of now they are administering second vaccine doses only. Some appointments may not be available until next month.

Our WZDX News reporter talked to health leaders about this decision.

"I want to clarify while we are primarily in a second dose mode in public health, we do not have those doses in hand. The only doses that we have available for second dose are the doses that we basically we order and receive this week, and those doses will be given next week, says ADPH Asst. State Health Officer, Dr. Karen Landers.

Landers says health departments are not sitting on second doses. "That's the way we order that's the cadence of the vaccine, so really we've used all of our first doses up, and now what we have coming in is going to be for second doses," says Landers.

Landers says those doses were ordered ahead of time to ensure people have second doses. "There are states that have run out of their second doses, and aren't going to be able to provide that second dose. Here in Alabama, we're getting that second dose in to people," she says

There's also questions on the amount of immunity a one dose vaccine will provide. However, landers says this gives an incomplete picture.

"Moderna was reporting in some literature about 80%, but again these products were not approved for one dose regimens, and we don't know how long the vaccine immunity will last without giving it according to the way a vaccine was studied," says Landers.