'Thought we were doing all the right things': Mom says baby got COVID from vaccinated family member

“It’s scary stuff. When you’re having to take turns holding your baby upright so that he can breathe to sleep and you feel the crackling in his lungs." 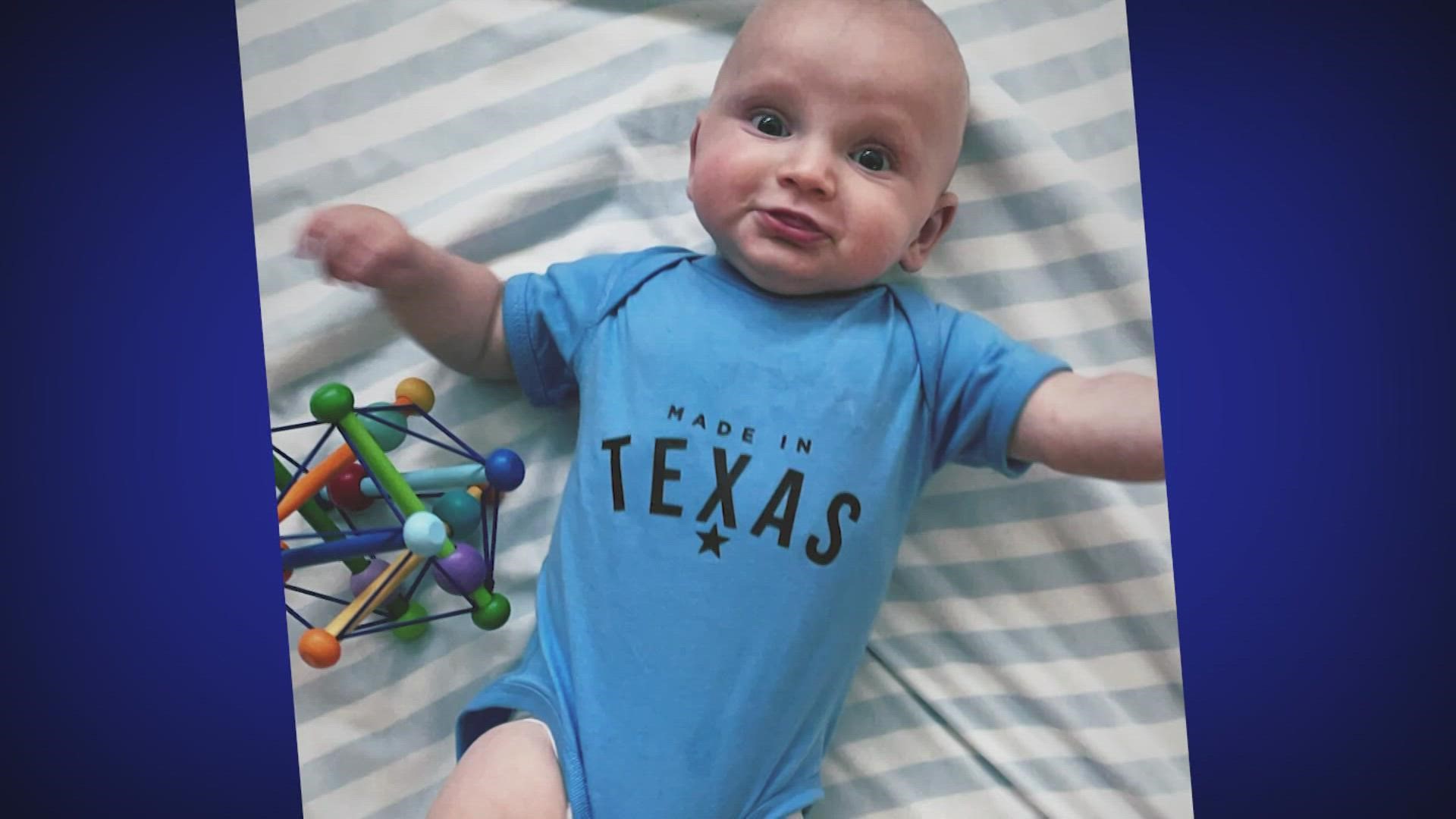 HOUSTON — COVID-19 cases in children and teens have increased significantly in recent weeks. On Tuesday, the American Academy of Pediatrics reported an 84% jump in cases, with 72,000 new cases reported in the United States last week.

Children are not immune to severe illness and death.

RELATED: Study shows 66% of school-age kids do not have COVID-19 immunity

Houston area native Kristy Callaway, who now lives in Corpus Christi, is currently nursing her 5-month-old child through a serious case of COVID-19.

“We were so careful and I thought we were doing all the right things," Callaway said.

Throughout her pregnancy, Callaway said they were careful. She didn’t have a baby shower or see family and friends.

“We didn’t want to do anything to harm him, this pregnancy, or put me at risk,” she said.

Even so, at 37 weeks pregnant, Callaway got COVID-19. She said it was brought home by her husband, who is an essential worker.

“I thought the one silver lining is that my baby will have antibodies," she said.

When they were able to get vaccinated, Callaway and her husband did, receiving two shots of the Moderna vaccine. After that, they began easing up on their restrictions and started spending time with vaccinated family members and friends.

However, after a week-long vacation in Galveston County, where they stayed with family, her son, Emmett, wasn’t himself.

“He started feeling warm and feverish,” Kristy Callaway said. “I checked his temperature, and it was 102.7.”

She went to the pediatrician and explained his symptoms, which included a cough and some congestion.

“I explained that some of my family members were also feeling cold-like symptoms,” she said.

They ran a COVID test and Emmett was positive. So were five of his fully vaccinated family members.

Wednesday marked the eleventh day for Emmett. He’s had a rough go.

“It’s scary stuff. When you’re having to take turns holding your baby upright so that he can breathe to sleep, and you feel the crackling in his lungs. It’s just scary,” Callaway said.

Callaway said she’s concerned about the long-term impacts the virus may have on her child.

“The scariest thing for me from the get-go, thinking about COVID, has been the long-term impacts. The things that we don’t know,” she said.

It’s been rough for her grandparents, too, but she said they’re OK.

“We think that the vaccine is saving their lives,” she said.

Callaway said she's anxious for the vaccine to become available to children as young as Emmett.

“The Delta variant is changing the COVID game. It’s changing all the roles and all the things that we thought we understood about it,” she said.