Researchers say that even moderate exercise can help patient recovery. 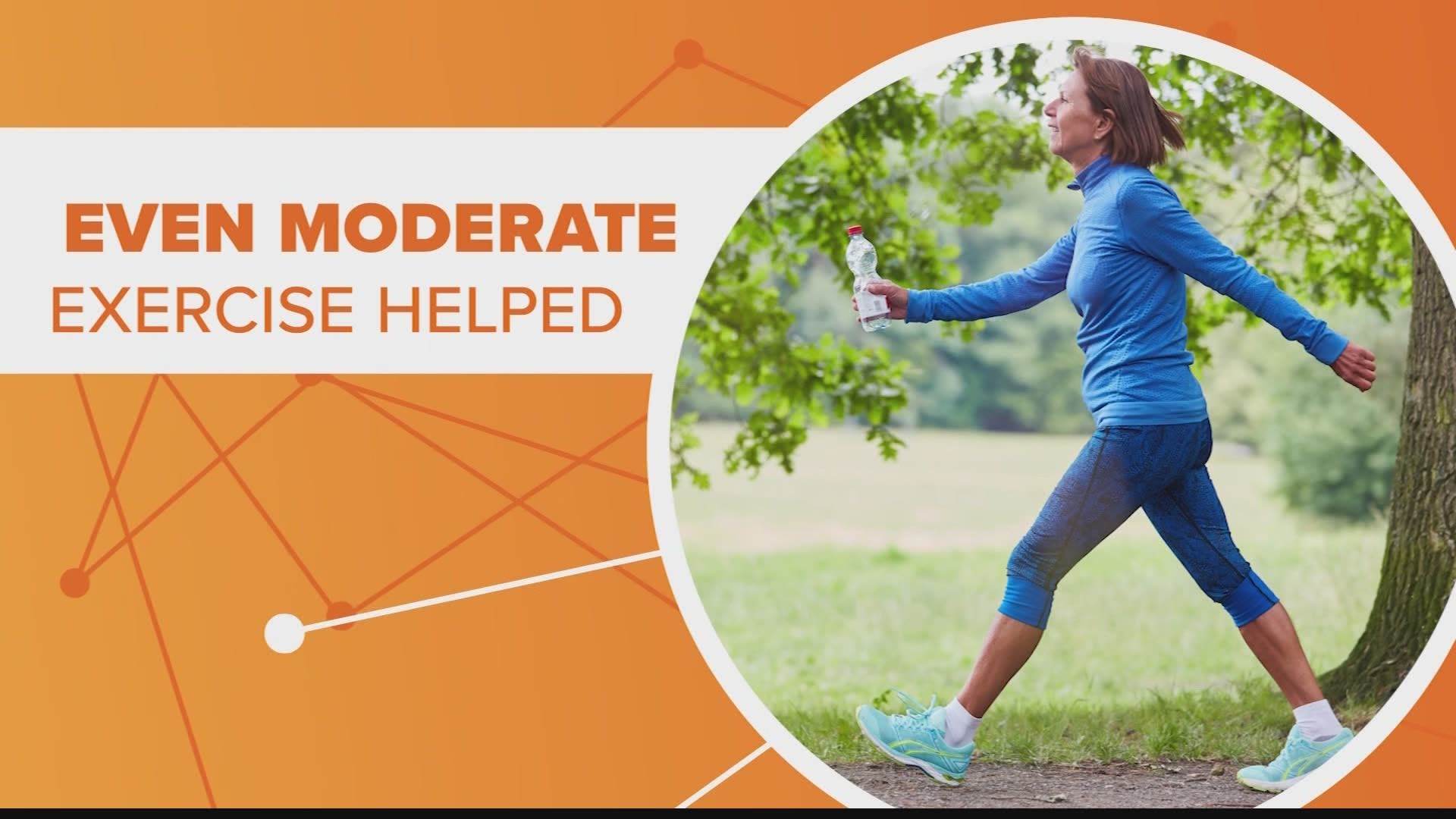 HOUSTON — Breast cancer effects one in eight women in the United States, but a new study could give them a new tool to help stop the disease: exercise.

The new research in the Journal of the National Cancer Institute found exercise improved outcomes for women being treated for breast cancer. The study looked at physical activity levels of patients before diagnosis, during treatment and after.

It found the more active a patient was, the better the outcome, and it even reduced fatalities.

While it’s nothing new that exercise can improve your health, the study’s authors were surprised to learn even something as simple as walking for 30 minutes a day could result in significant improvement. According to this research increased activity was linked to a 40 percent reduced chance of breast cancer returning and an even larger reduction in death.

They also found that it was never too late to start. The data shows even patients who started moving one or two years after treatment had a lower rate of recurrence.