Defending Class 6A state girls’ basketball champion Hazel Green forced 20 turnovers and made the most of their 34 shots from the field Wednesday... 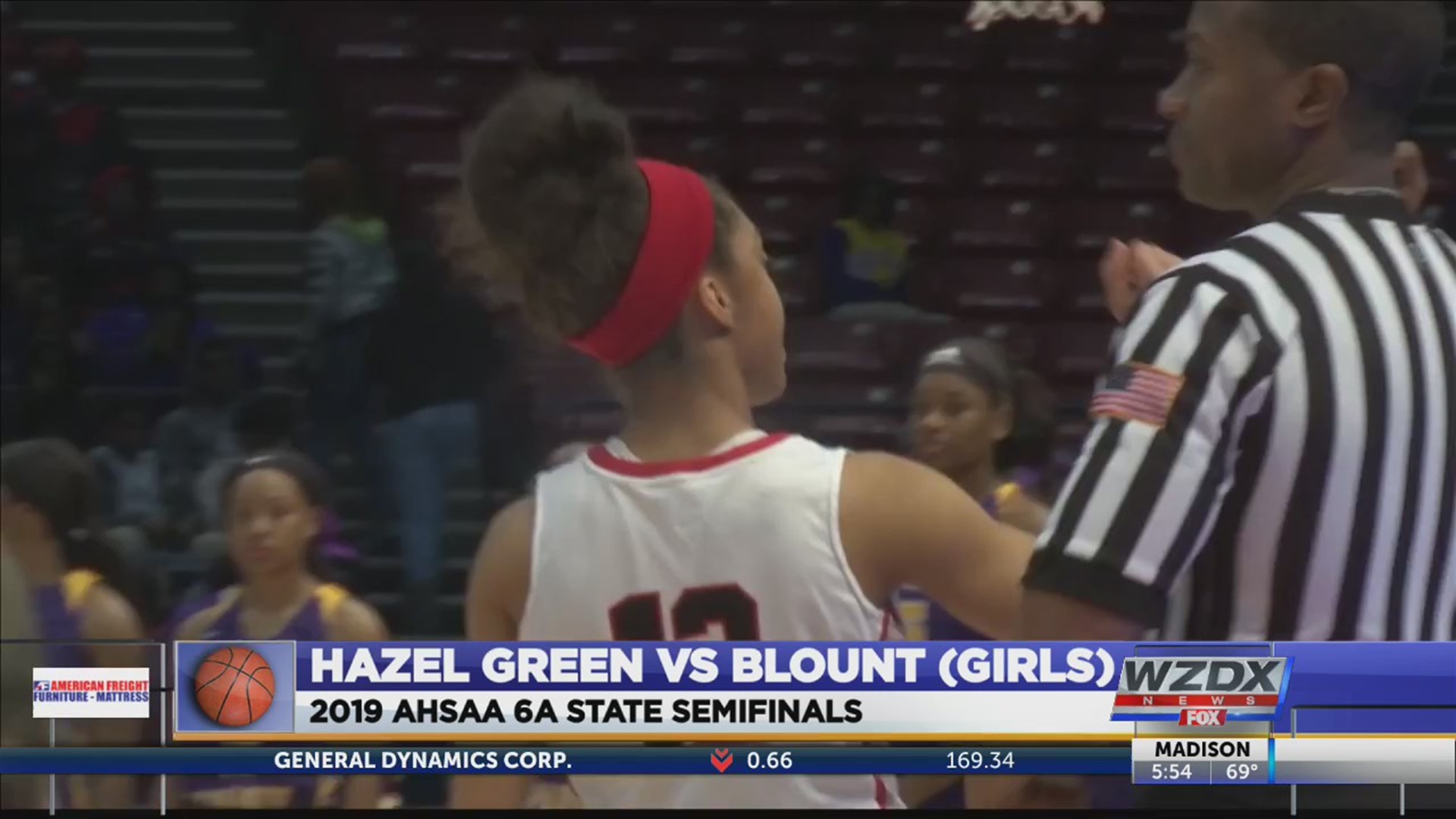 Defending Class 6A state girls’ basketball champion Hazel Green forced 20 turnovers and made the most of their 34 shots from the field Wednesday to beat Blount 55-39 in the 6A girls’ semifinals at the BJCC Legacy Arena.
The victory sends the Trojans (33-3) to the Class 6A state championship game Saturday at 12:30 p.m., at the Legacy Arena. Hazel Green, coached by Tim Miller, won its first state title since 1995 last season and now has a chance to go for two in a row against Opelika (26-6).
Senior guard Marisa Snodgrass scored 15 points to lead the Trojans. She made three 3-pointers, including two at a critical time in the second quarter to helpHazel Green stretch its small lead to double digits. She also had three assists and five steals in a solid effort.
Jaelyn Johnson added 11 points and MaKenzie Hill had 10. The two combined to go 9-of-10 at the foul line and Hazel Green finished 19-of-25 for the game. Farrah Pearson added eight points and a team-high eight rebounds.
Blount (26-5), coached by Kimyatta Perry, struggled from field shooting just 33% in the second half.   Jamya Sharpe led the Leopards with nine points. Lajauna Lambert also had eight points and eight rebounds.