‘Hair Love’ won the Academy Award for best animated short film. But it also sparked conversation about the CROWN Act, a bill introduced in Tennessee. 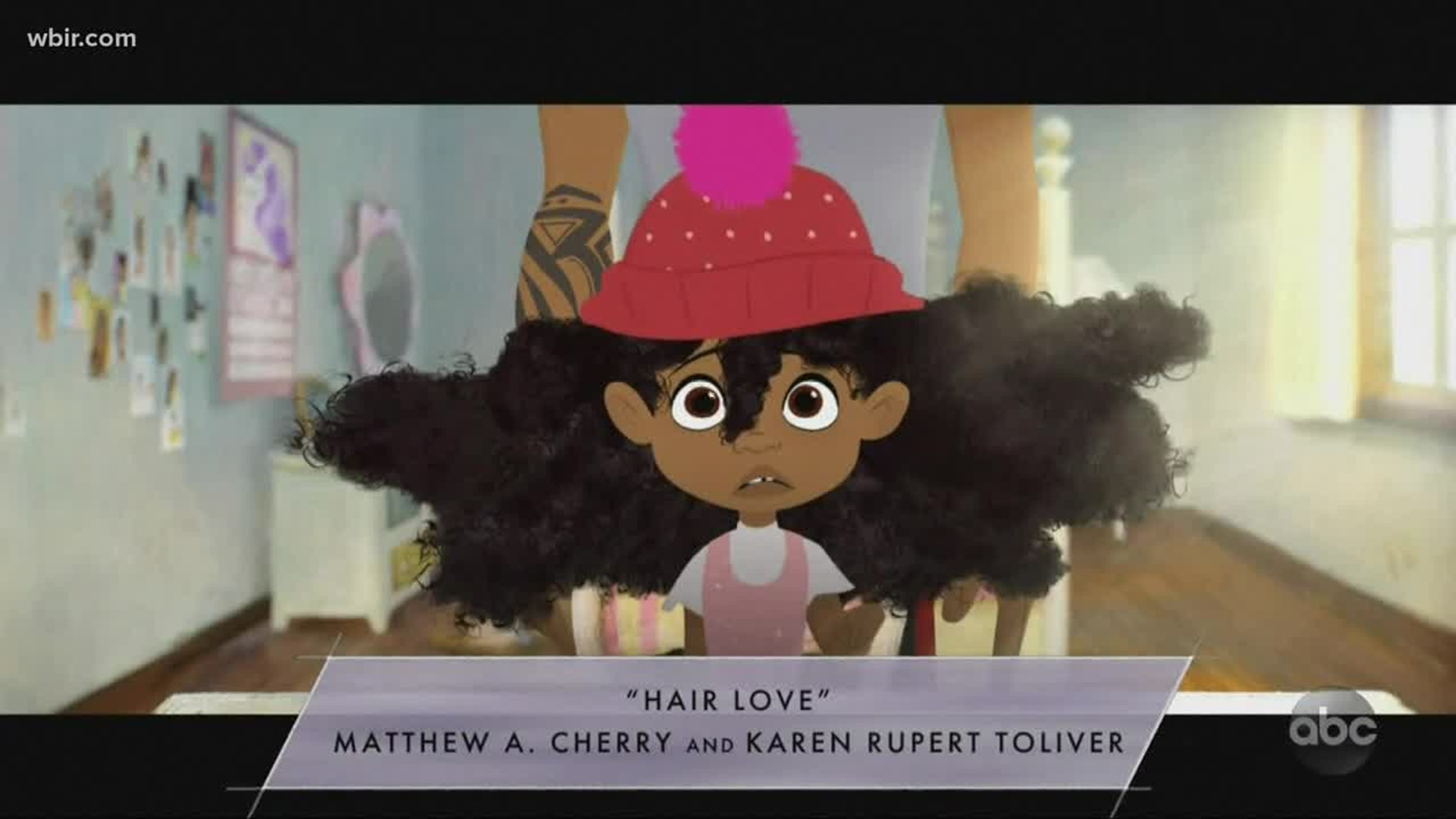 KNOXVILLE, Tenn. — When Koresa Dickey saw ‘Hair Love’ for the first time it brought her a little joy.

“This is the cutest thing ever,” she blurted out.

‘Hair Love’ is now an award-winning  animated short film about a little girl whose father is learning how to do her hair. However, the meaning, as explained at the Oscars, was so much deeper than that.

“‘Hair Love’ was done so we could see more representation in animation and to normalize black hair,” writer and director Matthew Cherry said in his acceptance speech.

RELATED: Tennessee bill seeks to prevent discrimination based on a person’s hairstyle

However, Matthew Cherry had another message too.

“There’s a very important issue – the CROWN Act. If we can get this passed in all 50 states, we could help stories like Deandre Arnold who’s our special guest tonight,” he said.

The CROWN Act, or the ‘Create a Respectful and Open Workplace for Natural Hair’ Act, is a bill that would ban hair discrimination in the workplace. It has been introduced in several states including Tennessee.

“I have a lot of professional women who are like, ‘Oh, girl, I would love to have this style but I can’t wear that to work,'” Dickey said.

Dickey is a hairstylist and a salon owner, so self-love and feeling your best are two things she takes seriously.

“It really hurts me because it’s an expression. I feel like every culture expresses themselves by the way they wear their hair,” she said.

It is something she thinks about, especially as a mom.

“My boys… I have two boys and they are in elementary school, and we let them express themselves anyway they want to – especially when it comes to their hair,” she said.

Dickey adds that means a lot to them as a family.

“Let them know it is beautiful the way that it is,” she said.

Lawmakers introduced Tennessee’s Crown Act last July. It now sits in committee in the state senate, but Dickey said regardless, watching ‘Hair Love’ was sweet, and seeing it win was magical and inclusion will always be important.

“It changes your whole vibe and gives you such a boost of confidence, and I think it’s really important for you to be able to be yourself,” she said.