Governor Ivey Issues State of Emergency Due to Flooding

Governor Kay Ivey has issued a State of Emergency effective at 9:00 p.m. on Saturday, February 23, 2019, for several Alabama counties due to flooding. 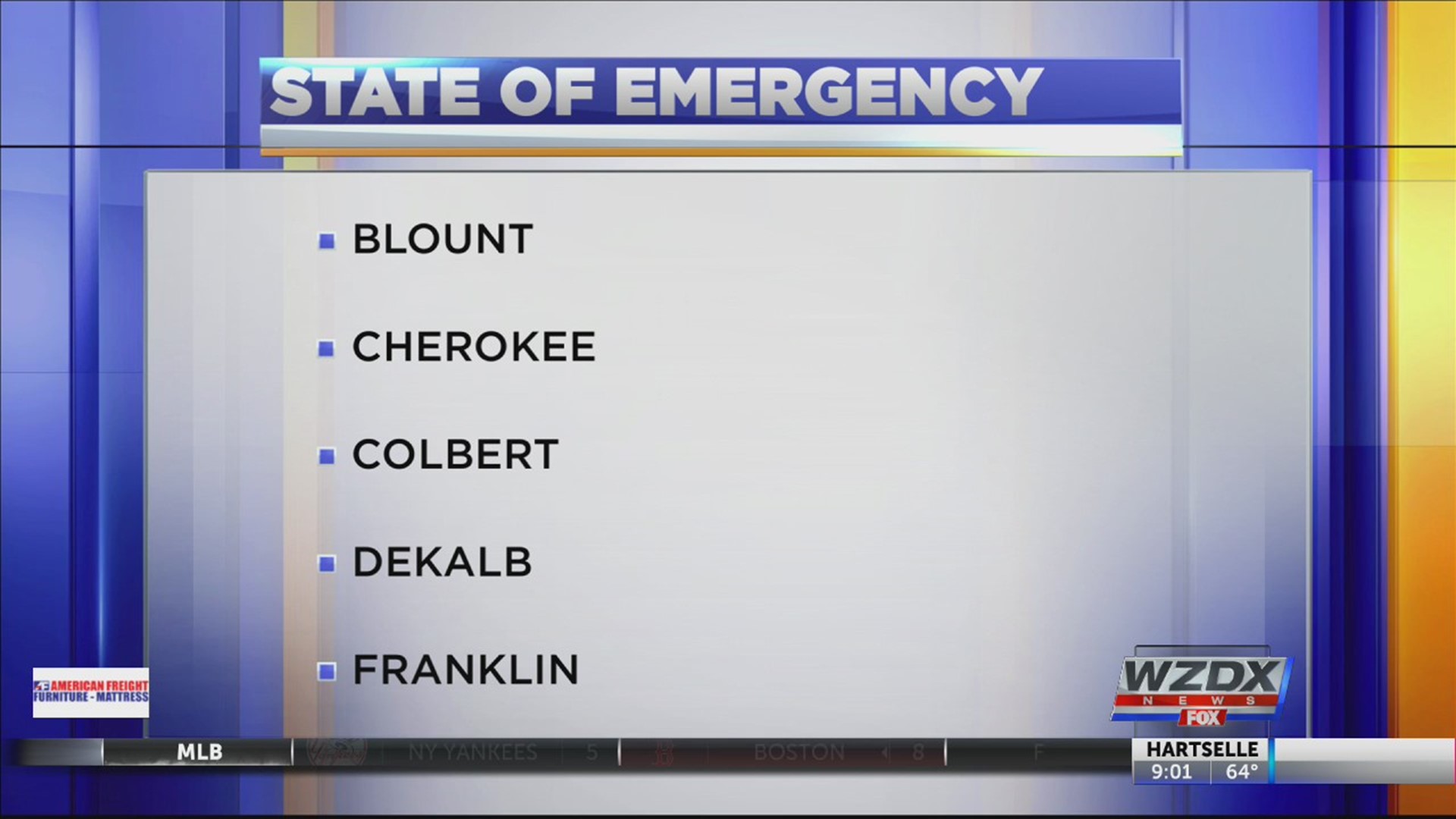 Governor Kay Ivey has issued a State of Emergency effective at 9:00 p.m. on Saturday, February 23, 2019, for several Alabama counties due to flooding caused by heavy rains over the past several days and ongoing severe weather today.

These counties are likely to be or are already being impacted by flooding, tornadoes, and high winds. According to the National Weather Service, rain and severe thunderstorms will continue to move across Alabama throughout Saturday and into early Sunday morning.

“Parts of north Alabama have seen days of rain and the ground can no longer absorb it. Those rains combined with the ongoing severe weather today have caused a need for this State of Emergency,” Governor Ivey said. “I pray that the people of Alabama will remain safe throughout the night and heed citizens to stay aware of weather conditions. We stand ready and are sending resourcse to help those who are in need tonight.”

At the direction of Governor Ivey, the State Emergency Operations Center in Clanton has activated to respond to local requests as needed. Governor Ivey also ordered the Adjutant General of Alabama to activate the Alabama National Guard (ALNG) as needed.

“Areas in Alabama affected by several days of rain have seen or will see historic flood levels,” Alabama Emergency Management Agency Director Brian Hastings said. “The State of Emergency provides the Governor with authorities to deploy resources to assist in disaster response and recovery operations, if required.”

By declaring a State of Emergency, Governor Ivey is directing the appropriate state agencies to exercise their statutory authority to assist the communities and entities impacted by the ongoing flooding and impact of today’s severe weather.