Gov. Ivey begins treatment for cancerous spot on her lung

MONTGOMERY, Ala. (AP) — Alabama Gov. Kay Ivey underwent a scheduled outpatient procedure on Friday as she gets set for specialized radiation treatment for cance... 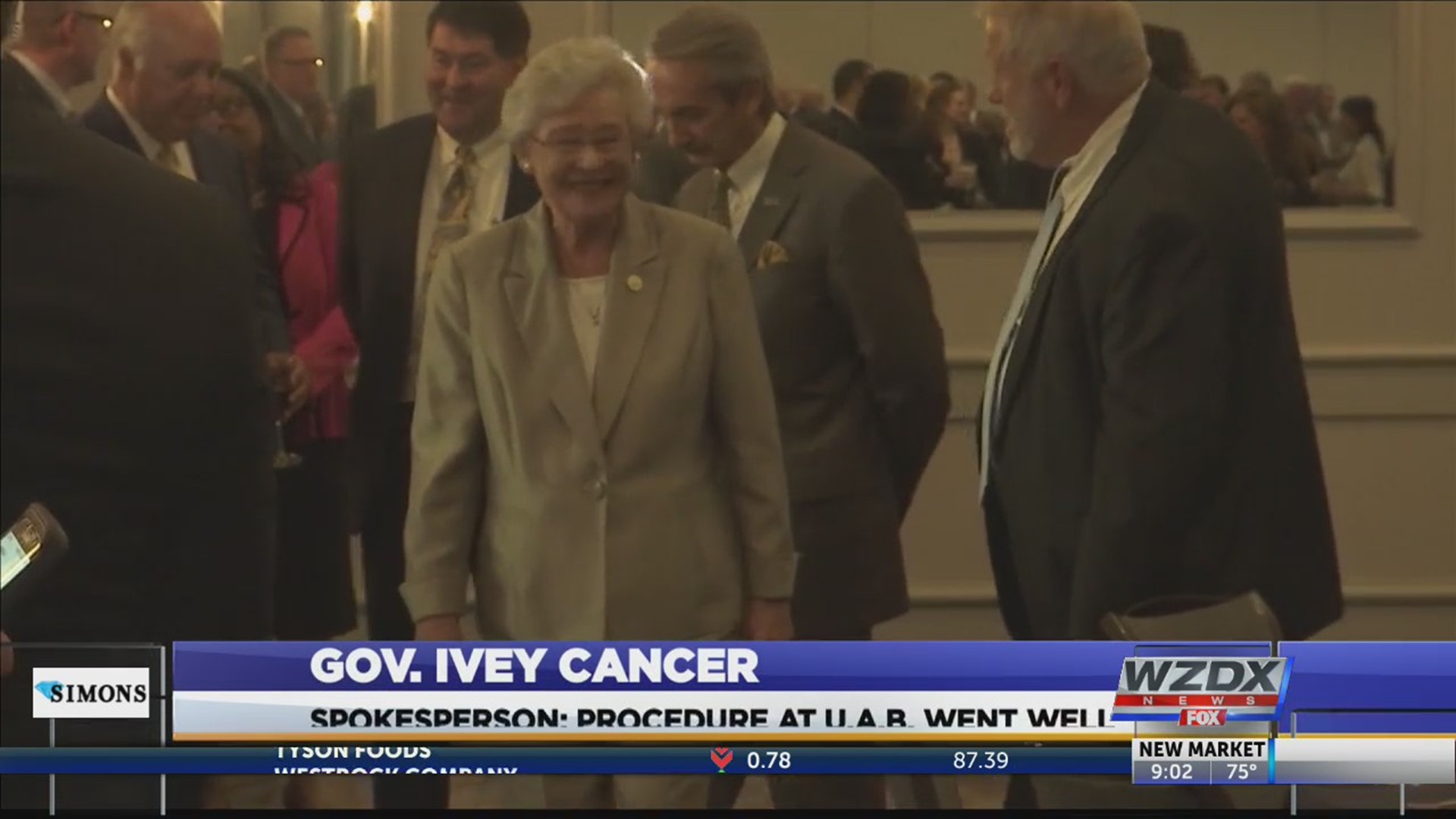 MONTGOMERY, Ala. (AP) — Alabama Gov. Kay Ivey underwent a scheduled outpatient procedure on Friday as she gets set for specialized radiation treatment for cancer, her office said.

Ivey announced Thursday that doctors had discovered a malignant spot on her lung. She described the cancer as having been caught early and said it would not interfere in her ability to fulfill her duties as governor. She went to the University of Alabama at Birmingham to have the initial procedure done.

“The governor’s outpatient procedure today at UAB went well and as planned. She is back in Montgomery and looks forward to returning to her regular schedule next week,” Ivey Press Secretary Gina Maiola wrote in a statement.

The governor’s office has not disclosed the specific type of cancer she was diagnosed as having. The office said the outpatient procedure will enable her to undergo a series of radiation treatments.

The 74-year-old Republican governor said the spot was discovered in a routine exam and was later confirmed to be what she called a tiny, isolated malignancy.

“The good news is I am one of the fortunate ones where this was discovered early, and it is very treatable,” Ivey said in a statement.

“Naturally, I welcome your prayers and your support. Just as so many others who have been affected by cancer, I am confident of God’s plan and purpose for my life and feel extremely fortunate this was caught so early.”

Ramalingam, who is not treating Ivey, said statements from Ivey’s doctor and office indicate she has an early stage disease.

“The fact that the governor’s cancer was found early is going to put her in a very good, very high percentage of cure with stage one lung cancer with this form of radiation therapy. Success rates are incredibly high,” Ramalingam said.

Ramalingam stressed the need for people to be aware of the need for lung cancer screening to catch the disease early when treatments can be most effective. He said many lung cancers are not caught until they are in advanced stages.