Death row inmate Christopher Lee Price was executed Thursday, May 30, by lethal injection at Holman Correctional Facility in Escambia County for the 1991 m... 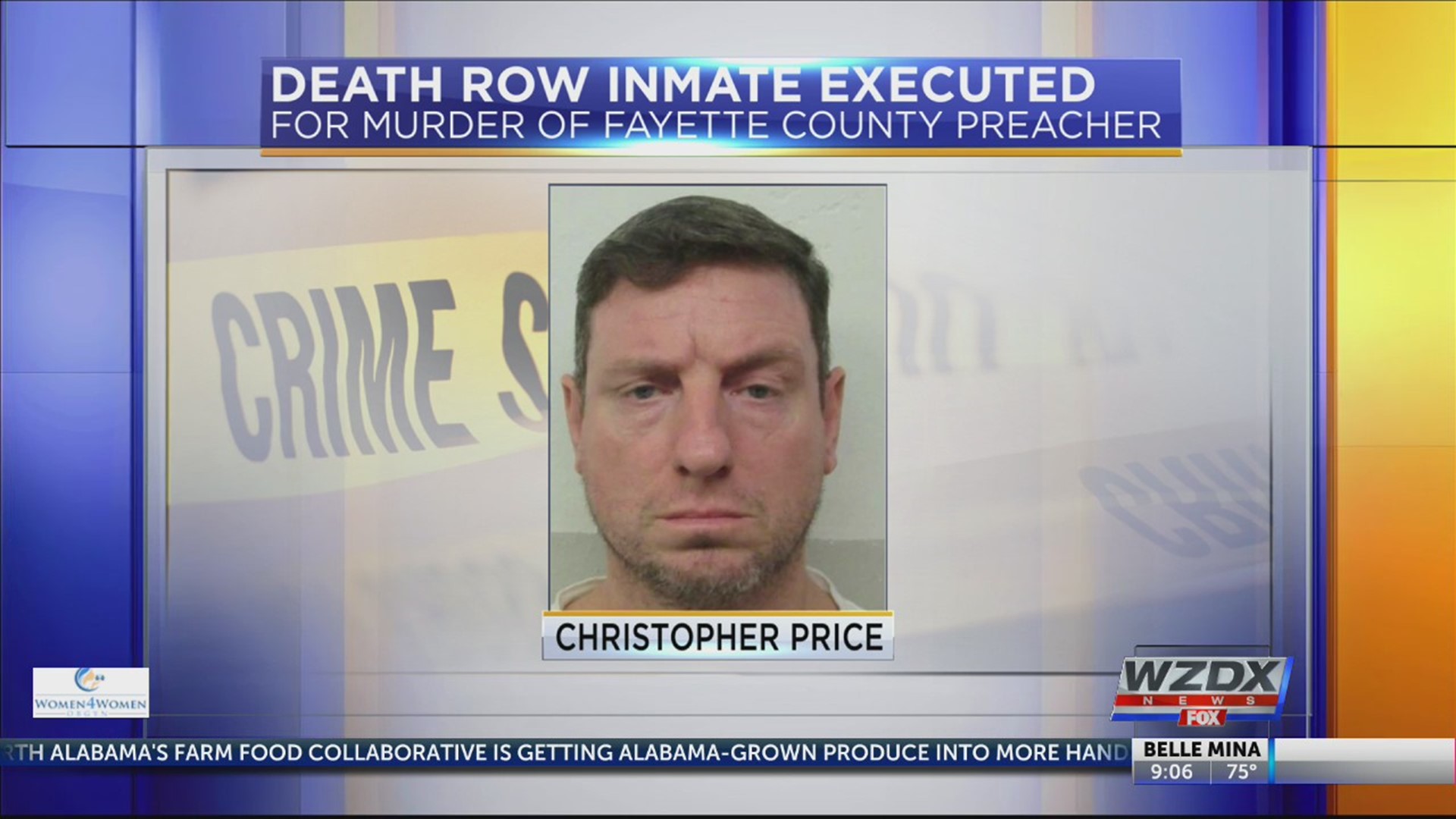 Christopher Lee Price was executed Thursday, May 30, by lethal injection at Holman Correctional Facility in Escambia County for the 1991 murder of Fayette County Pastor Bill Lynn.

Ensuring the safety of the people who call Alabama home is of the highest priority. When that safety is infringed upon, we must respond with punishment. Almost 30 years ago, a heinous and cruel act not only broke the laws of our state; that act of Christopher Lee Price took a life.

On the evening of December 22, 1991, Pastor Lynn was at home with his wife, preparing Christmas gifts for their grandchildren. It was that night that Mr. Price brutally took the life of Pastor Lynn and robbed and beat Mrs. Lynn.

After careful consideration of the horrendous nature of the crime, the jury’s decision and all factors surrounding the case, the state of Alabama carried out Mr. Price’s sentence this evening. Finally, the loved ones of Pastor Lynn can feel at ease knowing that justice has been administered. I pray that, after all these years later, his family can feel a sense of peace and comfort.“

Tonight, the family of Pastor Bill Lynn, who was brutally murdered nearly 30 years ago, has finally seen Lynn’s killer face justice. Christopher Price was put to death at Holman Correctional Facility in Atmore, fighting until the very end to avoid facing the consequences of his heinous crime.

On December 22, 1991, Bill Lynn was wrapping Christmas gifts for his grandchildren when the electricity in his home suddenly went out. Stepping outside to check the power box, Lynn was ambushed, slashed and stabbed with a sword and knife dozens of times. His killer, Christopher Price, dodged his death sentence for the better part of three decades by employing much the same strategy he has pursued today and tonight: desperately clinging to legal maneuverings to avoid facing his just punishment. In the end, justice got the last word.