One Eagle Scout is making it his mission to give veterans a final salute with the highest honors, especially for those who are cremated. “When flags get t... 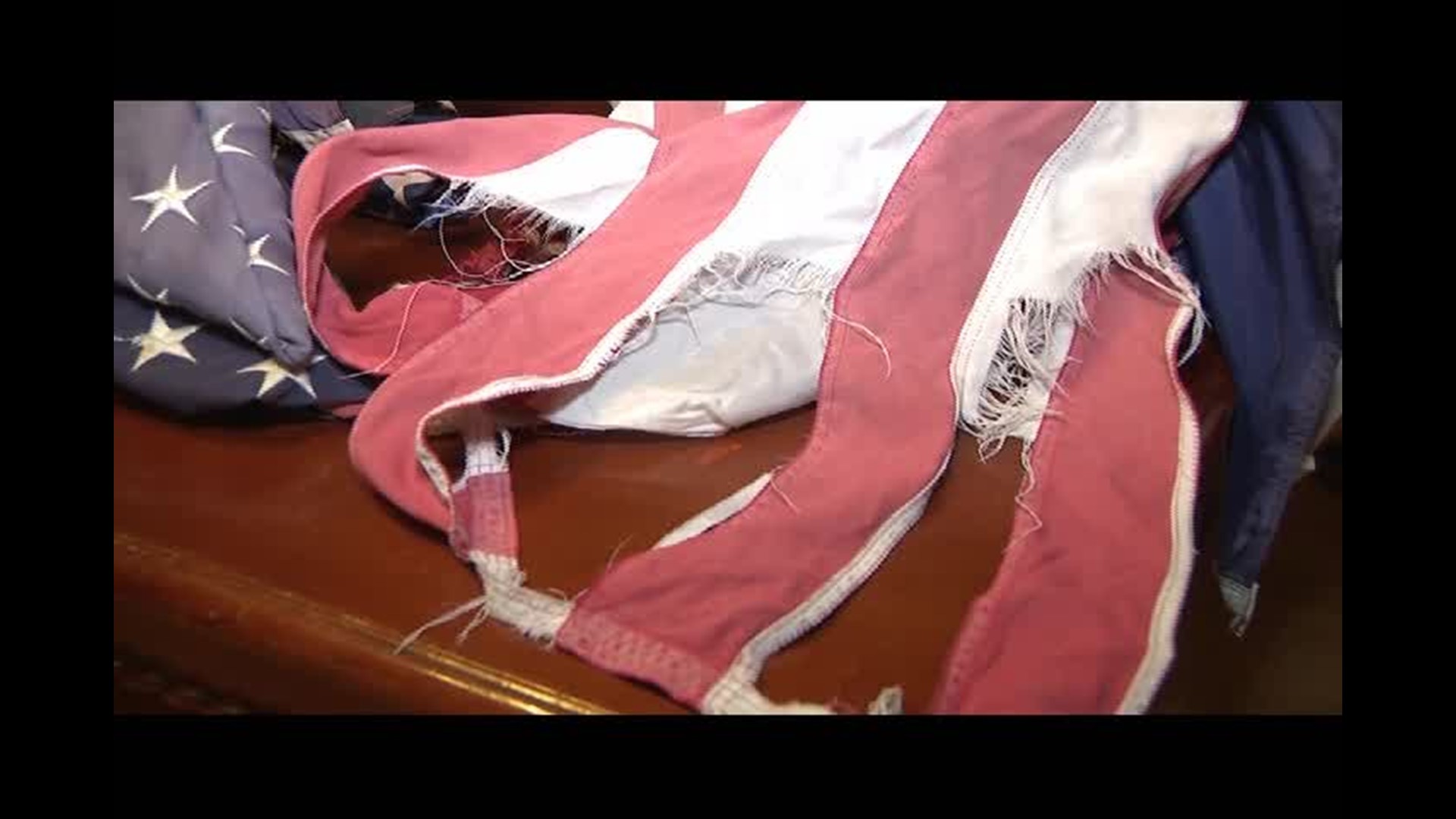 One Eagle Scout is making it his mission to give veterans a final salute with the highest honors, especially for those who are cremated.

“When flags get torn, or when they touch the ground, they’re supposed to be retired by burning,” said Jacob Johnson, a Boy Scout.

Jacob Johnson is collecting hundreds of torn and tattered flags. Each one will be donated to Georgia Funeral Care, which specializes in veteran cremations.

“They’re taking the flags that are ready for retirement and draping them over the veterans as they’re being cremated as a way to honor the veterans, along with honoring, or, retiring the flags properly,” he said. This is Jacob’s Eagle Scout project.

The U.S. flag has played a big part in his scouting life. Jacob has already collected about two hundred fifty flags, but has more to go.

“Georgia Funeral Care in Acworth, they do about five hundred veteran cremations a year, so we’re trying to get enough flags to cover one full year of cremations,” Julie Johnson said.

With each flag Jacob solemnly folds, he thinks of his great grandfather, who was a Navy veteran who served in World War II.

“He passed away and was cremated, and did not really have the same honors as some who were buried,” Jacob said.