Strong winds wreaked havoc at a gas station, bringing down a canopy onto a car Thursday afternoon. 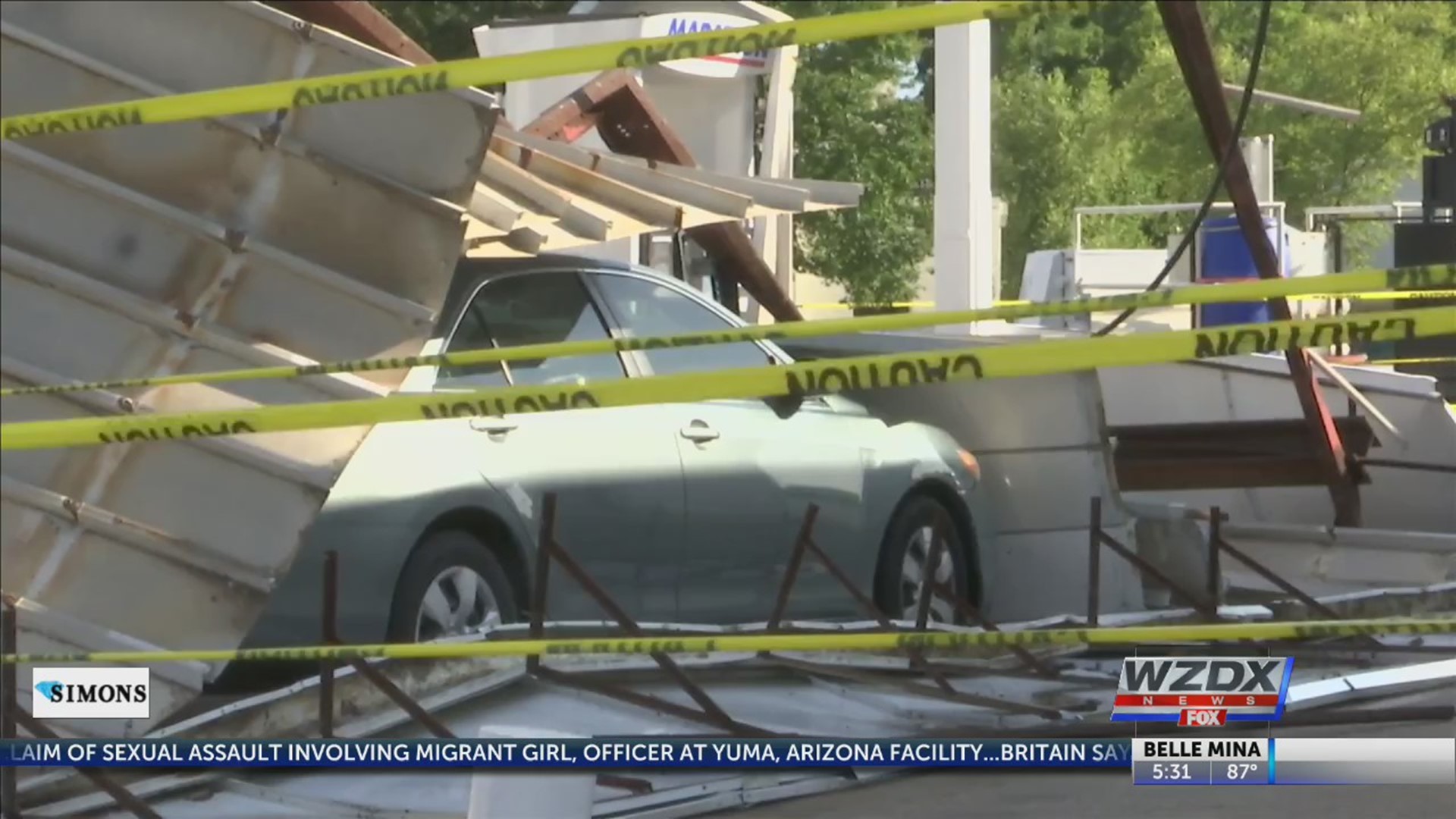 Strong winds wreaked havoc at a gas station, bringing down a canopy onto a car Thursday afternoon. It happened at the Marathon station near the corner of University and Church Street in downtown Huntsville.

David Pace, a Huntsville resident, was pumping gas when he says the canopy began to rattle. He had to act fast. “The wind kept getting harder and harder,” said Pace. “It was blowing sideways and then the canopy started rocking, and at that point, I jumped in my car and the whole thing came down.”

Pace said the wind was howling so strong that he thought there was a tornado for a moment. He said he feels blessed that he wasn’t hurt.

Power lines were also damaged on Church Street next to the Marathon station. Drivers are asked to be cautious through the area as crews continue to work on getting things back to normal. A gas station manager says crews will begin removing the canopy Friday morning.