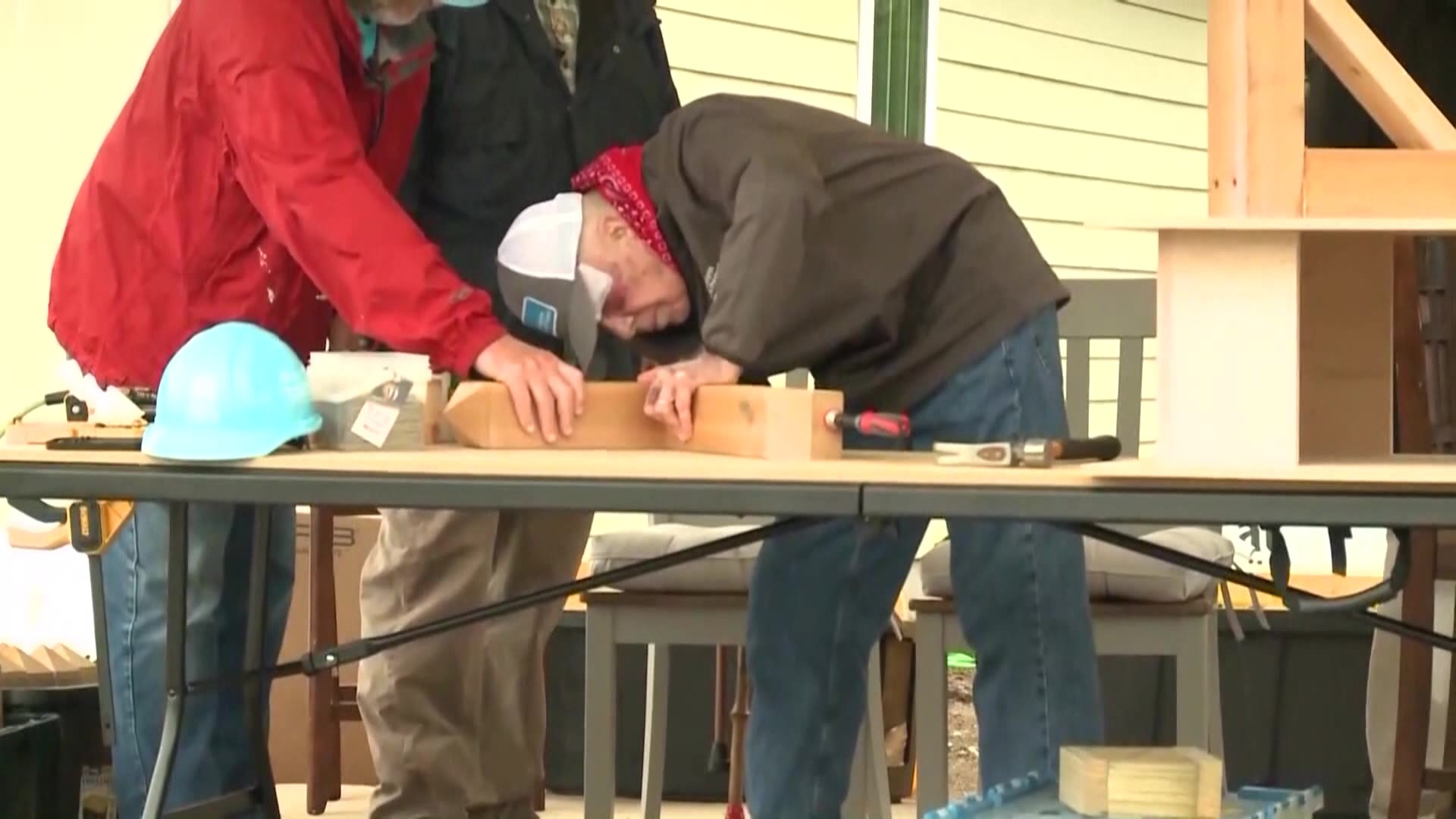 The pressure was from a subdural hematoma caused by bleeding during his recent falls.

11ALIVE’s medical correspondent Dr. Sujatha Reddy explained what that means. She says, “Subdural hematoma is where blood collects under the skull and under a specific part of the brain, because the skull is tight, confined space as there is bleeding in that area it builds pressure on the brain and that can cause serious symptoms.” Some of those symptoms can include dizziness, confusion, and headaches.

Tuesday’s surgery comes after Carter suffered at least three major falls this year. The first was in May. Mr. Carter broke his hip, leading to surgery.

Then in early October, after his 95th birthday, he fell at his home in Plain and had to get fourteen stitches above his brow…but that didn’t stop him from volunteering. The following day he was building houses for Habitat for Humanity.

The most recent fall was just three weeks ago, which left him with a fractured pelvis. But on Nov. 3, Mr. Carter was back teaching Sunday school in Plains, Georgia.

The Carter Center said that there were no complications from his surgery, adding that he will stay in the hospital as long as advisable for observation. They added, “The recovery is going to depend on the person’s symptoms beforehand, their overall health, but as we’ve seen with President Carter, he’s incredibly resilient and strong and if anyone can speed through their recovery for this it will be him.”

In 2015, Carter went through treatment at Emory for cancer in his liver and brain. He said months later an MRI scan showed his cancer was gone.

He will not be teaching Sunday school as scheduled in plains this coming Sunday, Nov. 17, but his church says he is scheduled to be back on December 8.