The Miller brothers all served in the Vietnam War, but never served with eachother. 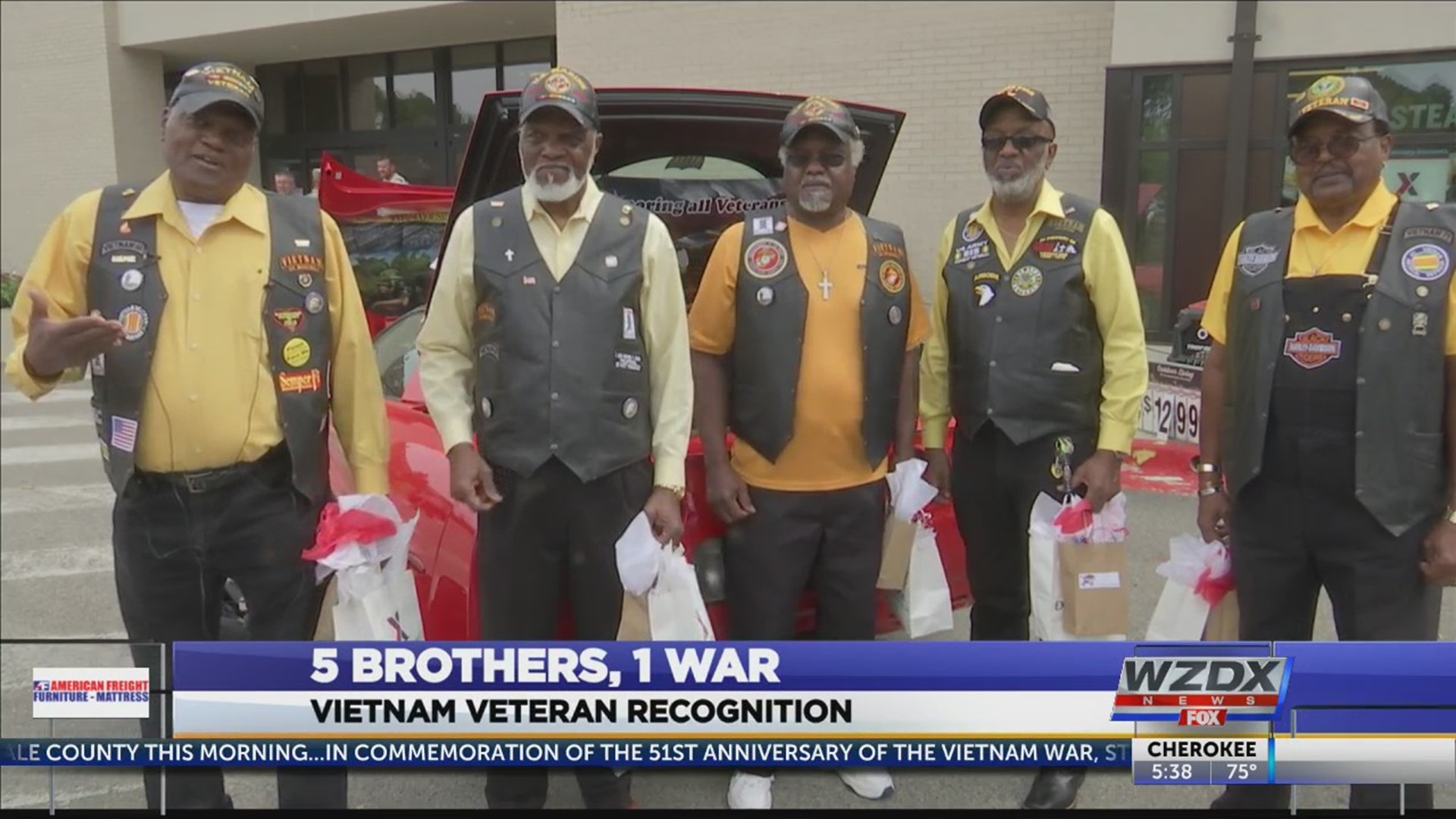 Five brothers, one war. The Miller brothers reign from Limestone County and have quite the history as a family.

All five men served at least one year in the Vietnam War, but none were with eachother. In fact, at the time, they never realized all five of them were deployed over seas. Three of the brothers served in the U.S. Marine Corps, while the other two served in the U.S. Army.

“Well I was drafted in the Army, but I didnt have orders to go to Vietnam. All my brothers before me had been already and so I figured I should go too. So I volunteered to go to Vietnam,” said youngest brother, Leo Miller.

The five men along with dozens of other Vietnam vets were recognized at Redstone Arsenal this afternoon for their service. The men were given goodie bags filled with candy and essentials. But for these brothers, military life runs in the family. Their father served in World War 2.

“I know he’d be proud that he had five sons that went to Vietnam and back. He would have his shoulders stuck out, saying these are my boys,” said oldest brother, James Miller Jr.

The Millers are just 5 of 8 total children. They have two sisters and one more brother.