The Alabama Department of Public Health reports an adult man in East Alabama is the state’s first death from a vaping-associated injury. 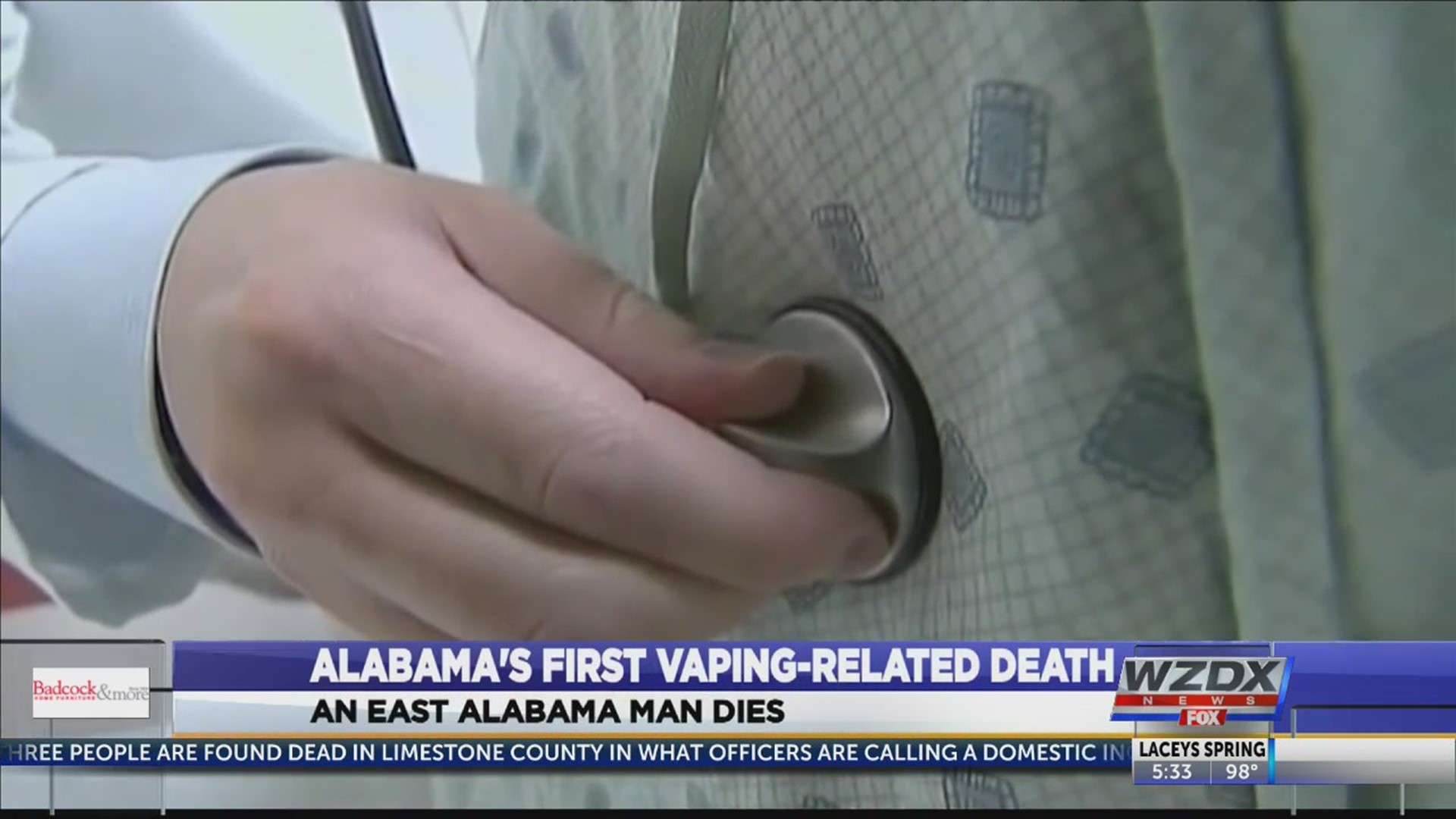 The Alabama Department of Public Health reports an adult man in East Alabama is the state’s first death from a vaping-associated injury.

The first death from a vaping-related injury has been reported in Alabama. That’s all the details we know so far. This reportedly brings the nationwide total to 17 deaths.

Advocates with the Partnership for a Drug-Free Community have been working to educate people about the harmful effects of vaping long before any deaths. They especially focus on teaching young people and say kids are responding.

People who use vaping devices are encouraged to watch for health problems. Most cases being investigated by the CDC are people ages 18 to 34 years old.

The Alabama death comes as the CDC investigates an outbreak of lung injuries associated with vaping across multiple states. According to the ADPH, The CDC is investigating more than 805 lung injury cases in 46 states and one U.S. territory. Twelve deaths are now confirmed in 10 states, though Alabama is not included in this number.

Those seeking medical attention due to potential vaping-associated injury should immediately inform healthcare providers they used a vaping/e-cigarette product (i.e., vape pens, liquids, refill pods and cartridges). Patients have experienced symptoms that include cough, shortness of breath and fatigue, with symptoms growing worse over a period of days or weeks before admission to the hospital. Other symptoms may include fever, chest pain, nausea, abdominal pain and diarrhea. Most of the cases are among adolescents and young adults.

ADPH is asking persons who sought medical care for a potential vaping-related injury to contact Jamey Durham at 334-206-5634 if they have any vaping/e-cigarette products that can be obtained for testing purposes.

ADPH recommends everyone refrain from the use of e-cigarettes and vape products until national and state investigations into vaping-related deaths and illnesses are complete. Two-thirds of the cases being investigated by the CDC involve patients who are 18 to 34 years old.

Those who choose to continue the use of e-cigarettes and vape products should not buy these products off the street or from unregulated sources. Consumers should avoid modifying or adding any substances that are not intended by the manufacturer. Consumers with nicotine addiction who have used e-cigarettes as a method to quit smoking should not return to the use of conventional cigarettes.

ADPH has requested that health care providers report any cases of suspected serious respiratory illness they treat among patients who use electronic cigarettes or other vaping devices. State Health Officer Dr. Scott Harris said, “The use of any tobacco product is unsafe. While this current outbreak is being investigated, the safest option is to refrain from using any e-cigarette or vape product. Furthermore, there is no situation in which these devices should be used by pregnant women or youths.”

Alabama law now prohibits the sale or transfer of vaping products or electronic nicotine delivery devices to minors. Free help is available for individuals who are ready to kick the tobacco habit at 1-800-QUIT-NOW (1-800-784-8669) or go to their website here.

The Quitline provides individualized coaching to help any type of smoker or tobacco user, including e-cigarettes and vape, to quit. In addition, the Quitline offers up to eight weeks of free nicotine patches to those medically eligible and enrolled in the program. Quitline coaching services are available seven days a week from 6 a.m. to midnight.