Hoover Police report that a chase Monday morning resulted in the arrest of escaped inmate John Gillespie and a missing teen from Moulton, AL. They say that earl... 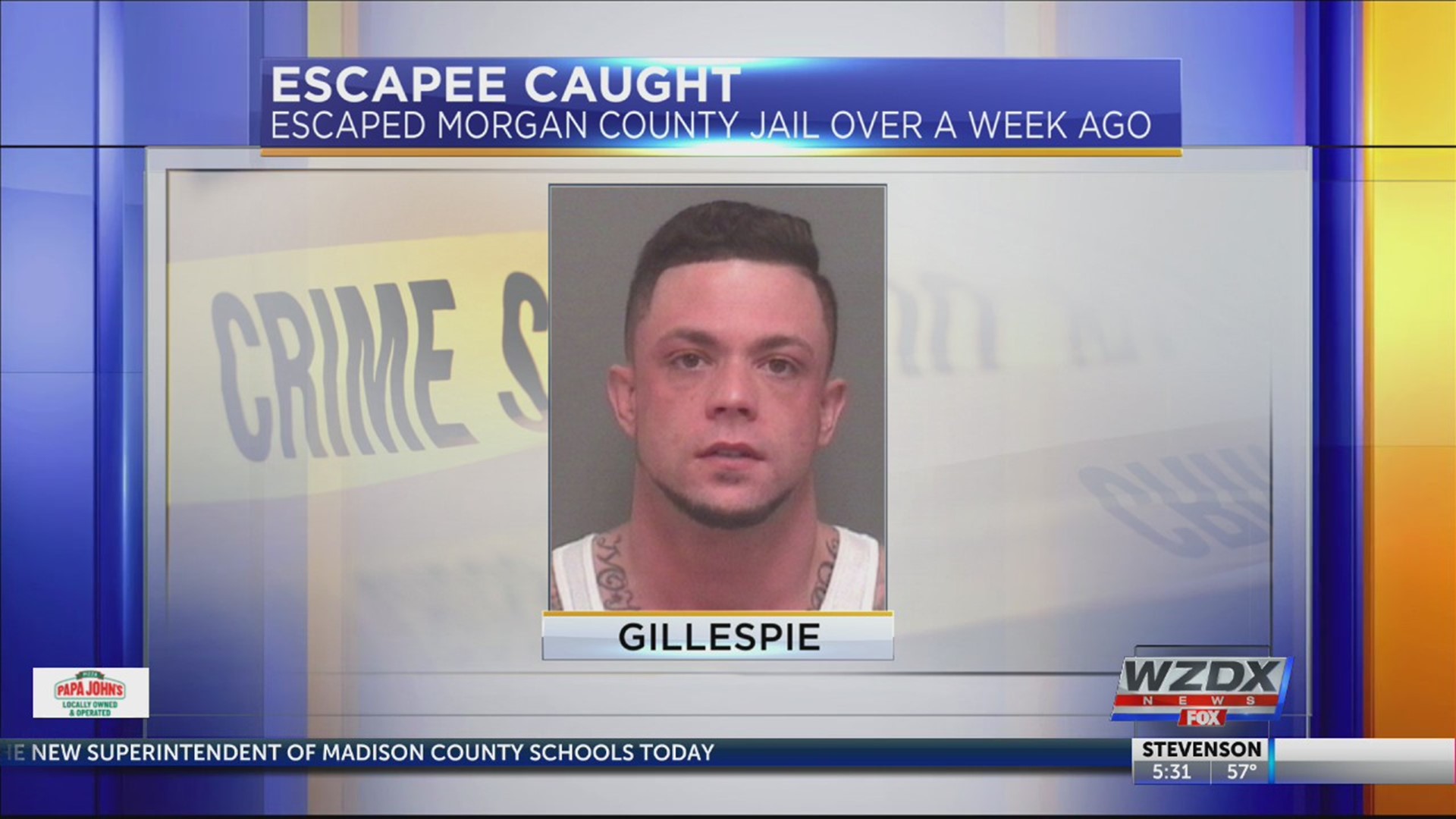 Hoover Police report that a chase Monday morning resulted in the arrest of escaped inmate John Gillespie and a missing teen from Moulton, AL.

They say that early in the morning, an officer spotted a suspicious vehicle in the parking lot of the Hampton Inn of John Hawkins Parkway. While the officer was talking to the driver, he sped away. The driver was determined to be John Kaleb Gillespie, who escaped from the Morgan County Jail on October 27, and the passenger a runaway female teen from Moulton. The driver refused to stop for officers and lost control of the vehicle at Exit 1 on I-459. Both the driver and passenger ran. The female was quickly caught and Gillespie was captured soon after thanks to the use of a drone.

Both were taken to the Hoover City Jail.

According to Hoover Police, Gillespie will be turned over to Morgan County Sheriff’s authorities upon his release from the Hoover City Jail. The juvenile female has been transferred to Jefferson County Family Court.

Escaped Inmate John Kaleb Gillespie has been returned to the Morgan County Jail. He faces additional charges in relation to his escape. The investigation into the escape and his time on the run continues with additional arrests possible. pic.twitter.com/HvA3PYhWQn