Mr. McKenzie is the Electrical Technology teacher at the Earnest Pruett Center of Technology in Jackson County. But EPCOT is very familiar to him, he actually w... 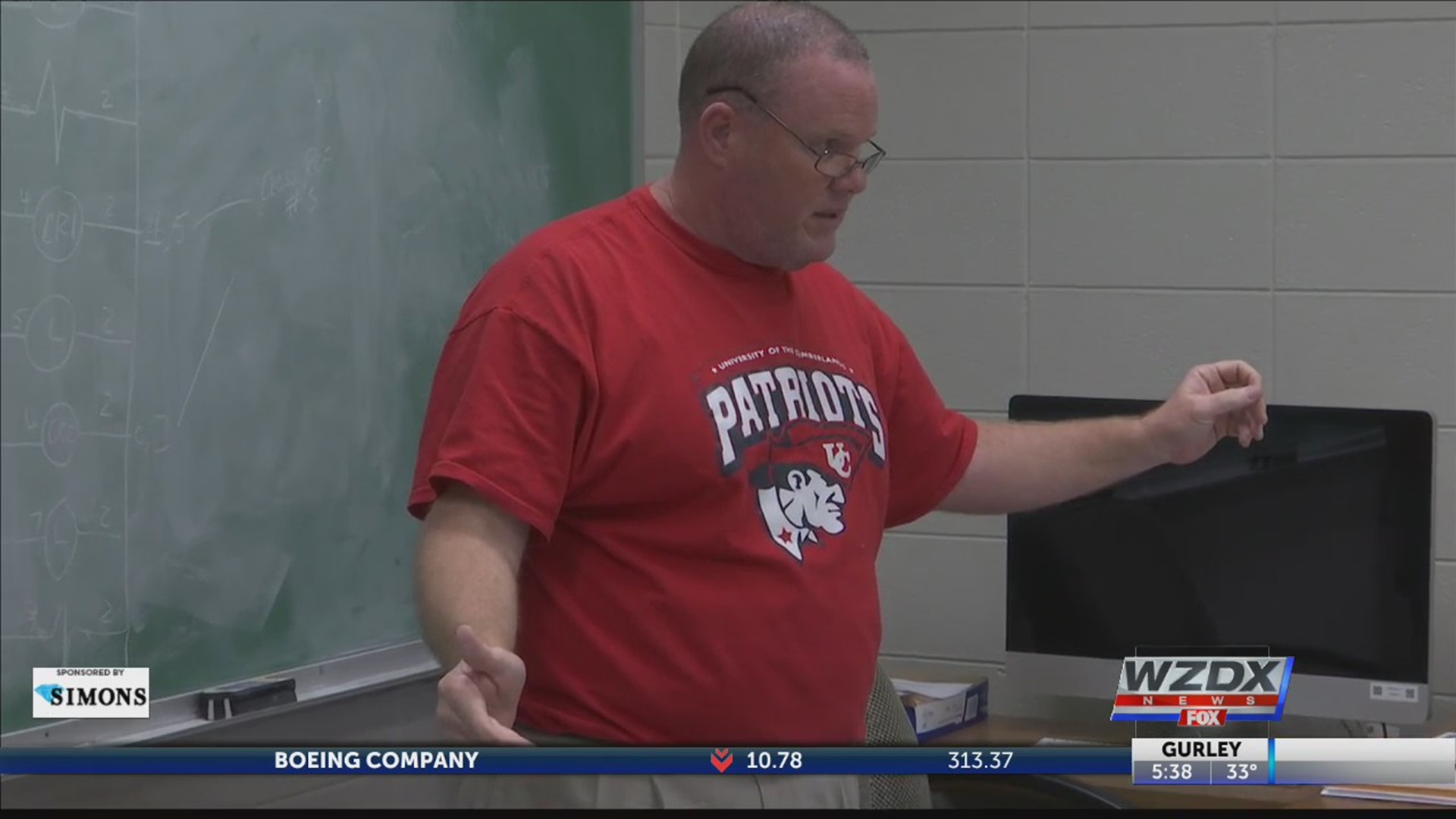 Mr. McKenzie is the Electrical Technology teacher at the Earnest Pruett Center of Technology in Jackson County. But EPCOT is very familiar to him, he actually went to school there.

“Well it is neat because the very shop we are in, is the shop I was in, but it looked a lot different,” shares James McKenzie, the Valley’s Top Teacher.

After working in the industry for sixteen years, he has now been teaching at EPCOT for thirteen years. He says it is a special opportunity to give back.

“I believe it is a gift, first of all,” explains Mr. McKenzie. “I believe you have the gift of sharing and being able to relate things.”

The kids have a lot of respect for him. They say he is very smart and truly cares about helping them learn and grow.

“He’ll sit you down and he may go over it a time or two, and then he will put you out in the shop and you will do a lot of hands-on stuff,” says Will Sanders, an 11th grade student.

“He’s always there. If you ever need him, just go in there and catch him on his off time and he will get you ready for whatever you need,” shares Christopher Carson Keeter, a fellow 11th grade student.

Not only does he bring expertise to the classroom, he also brings a lot of laughter.

“I like to have fun!” laughs James McKenzie. “Who wants to come into a setting that is all business?”

His students compete in the Skills USA competition and they have seen a lot of success!

But it’s not the awards that make Mr. McKenzie so proud. It is getting to see kids achieve in life and pursue their careers, no matter their situation.

“I was that kid. I came from a single-parent family,” shares Mr. McKenzie. “I didn’t think I was going to college, I thought I was going straight into the workforce. And for me to see these kids get scholarship opportunities, I know that they are getting the chance and opportunity that I got, and I have seen them take advantage of it. I know that I am basically helping them open a door for them to achieve in life.”

Mr. McKenzie believes in being a life-long learner. He already had a two year degree, but since being a teacher, he has earned his four year degree and his Masters.

To nominate your favorite teacher to be the Valley’s Top Teacher just fill out the form below or click here.