Lieutenant Killion has been teaching kids at Marshall Technical School for the past nine years, but has been serving as a first responder for over 30 years. 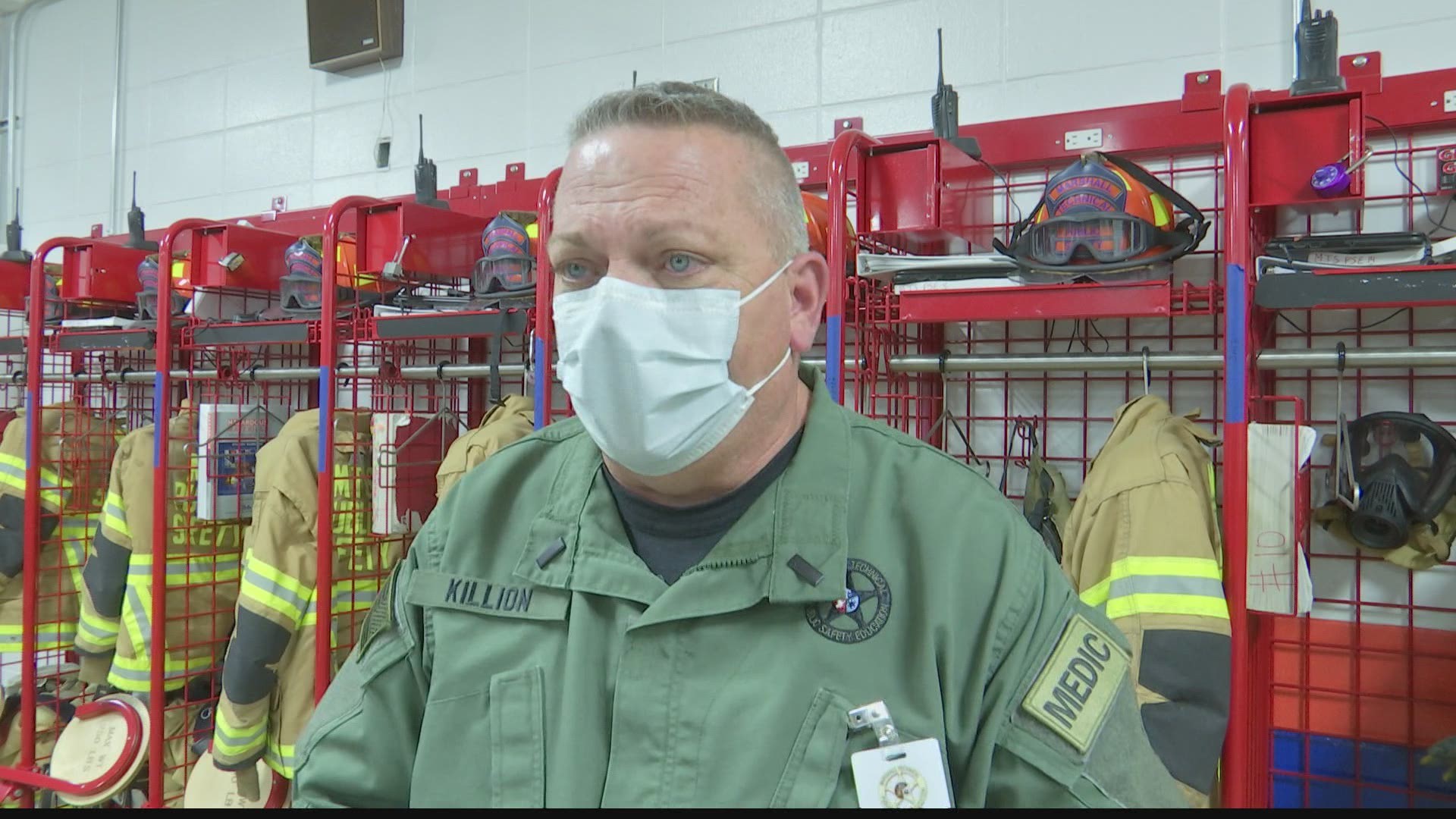 GUNTERSVILLE, Ala. — In the public safety class of Lieutenant Martin Killion at Marshall Technical School, they are all one big family.

In this family, Lieutenant Martin Killion is their caretaker, motivator, and support system.

Lieutenant Killion has been teaching public safety at Marshall Technical School for nine years, but he has worked for over 30 years in public safety. He has held roles in law enforcement, fire, and emergency medicine.

His students say he makes them all feel welcomed and cared for. He also likes to pick on them, all out of good fun.

"Everybody in here gets a nickname, because that is what you do in the police department or fire department. You will trip over your shoe laces and you will be shoestrings for the next 30 years."

Lieutenant Killion makes sure that every kid knows that he loves them. He pushes them to not only be good, but to be even better.

Although there is a lot of laughter in this class, Lt. Killion makes sure his kids know the importance of being prepared and staying on top of their work.

"I explained to them. 'Hey, if you are going to come out and punch out on a tornado with us, or anything such as that just to be extra hands, because usually it is just all officers. Anything like that, that needs to be done, you have to have these courses'" says Lt. Killion. "I said that one weekend and by Monday there were about 15 or 20 of them who had it done."

"You go into burning houses and you break stuff down, and you get to do all these things that you didn't think you would do," shares Kayla Lindsey. "But because you are so well known and you are so out there and you help, you get a bunch of the stuff back."

RELATED: Tell us about a first responder who deserves special recognition

"This week we had a total of about 25 students who had worked at the health department doing traffic, running paperwork, anything such as that, for the COVID inoculations," explains Lt. Killion.

His students say that he has helped them grow as people and has created a true family.

Lt. Killion says he gives his kids a lot of credit for the hard work they put in and is excited to see what they accomplish after his class.

"I am confident that if they apply themselves and go after what they want to do, they can do just about anything they want to," says Lt. Killion.

Do you know someone who should be the Valley's Top Teacher? Nominate them by filling out the form below: