An online petition seeks a full independent audit of actions and decisions since the shutdown, despite new efforts by the district to make distance learning easier. 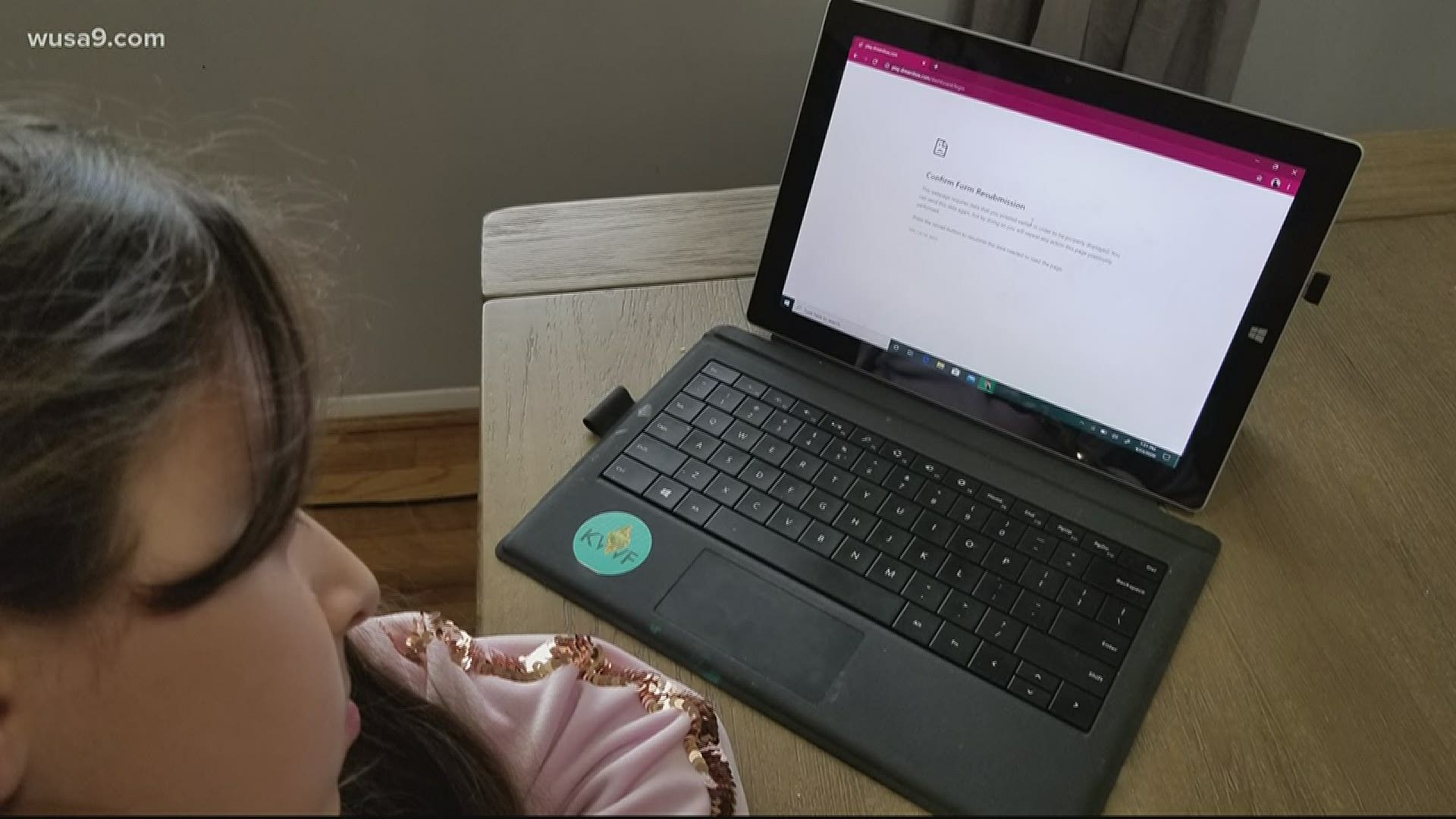 WASHINGTON — There is still a lot of frustration for parents in Fairfax County following technical failures with the school system's distance learning roll out. While new changes have been implemented, some parents said it is not enough.

After mounting frustration and several failed attempts to make distance learning seamless for nearly 200,000 students, FCPS is stepping away from Blackboard Learn 24-7 as a tool for face-to-face instruction, according to a letter from Superintendent Scott Brabrand.

RELATED: FCPS Assistant Superintendent of IT steps down

Before the Assistant Superintendent of IT, Maribeth Luftglass, stepped down after all the chaos, the school system had four weeks to prepare. But when video instruction launched April 14, thousands of students were not able to login. There were glitches and crashes.

Aliyah Pandolfi and her 8-year-old daughter, Kashmir, said the process was disruptive.

"Sometimes it's working. Most of the time, it's not working, so it's hard," Pandolfi said. "The fact that Fairfax County was never prepared, it is astonishing."

Kimberly Adams is a mom of two and president of the Fairfax Education Association. While she faced some difficulty with the software, she credited teachers for doing their part and reminds others they are not to blame.

"No one could have ever expected that 190,000 kids, and their parents, and the staff would need to be on at the same time. It's unprecedented," Adams said. "I don’t think it's been a fault of training. We (FCPS) didn’t do the upgrades that were necessary to the system."

Pandolfi said there is no excuse for what she calls lack of preparation. An online petition echoes her sentiment. With nearly 2,300 signatures, it is calling for an independent audit of every decision and action made since the shutdown happened.

He has also hired a law firm that specializes in information technology and cybersecurity. A report is expected in the next few weeks that will help guide the process, according to the letter.

Lastly, Brabrand said he has created the Superintendent Technology Advisory Council that will resolve challenges and provide support.

"I think they are being reactive, versus the fact that they should have been proactive," she said.