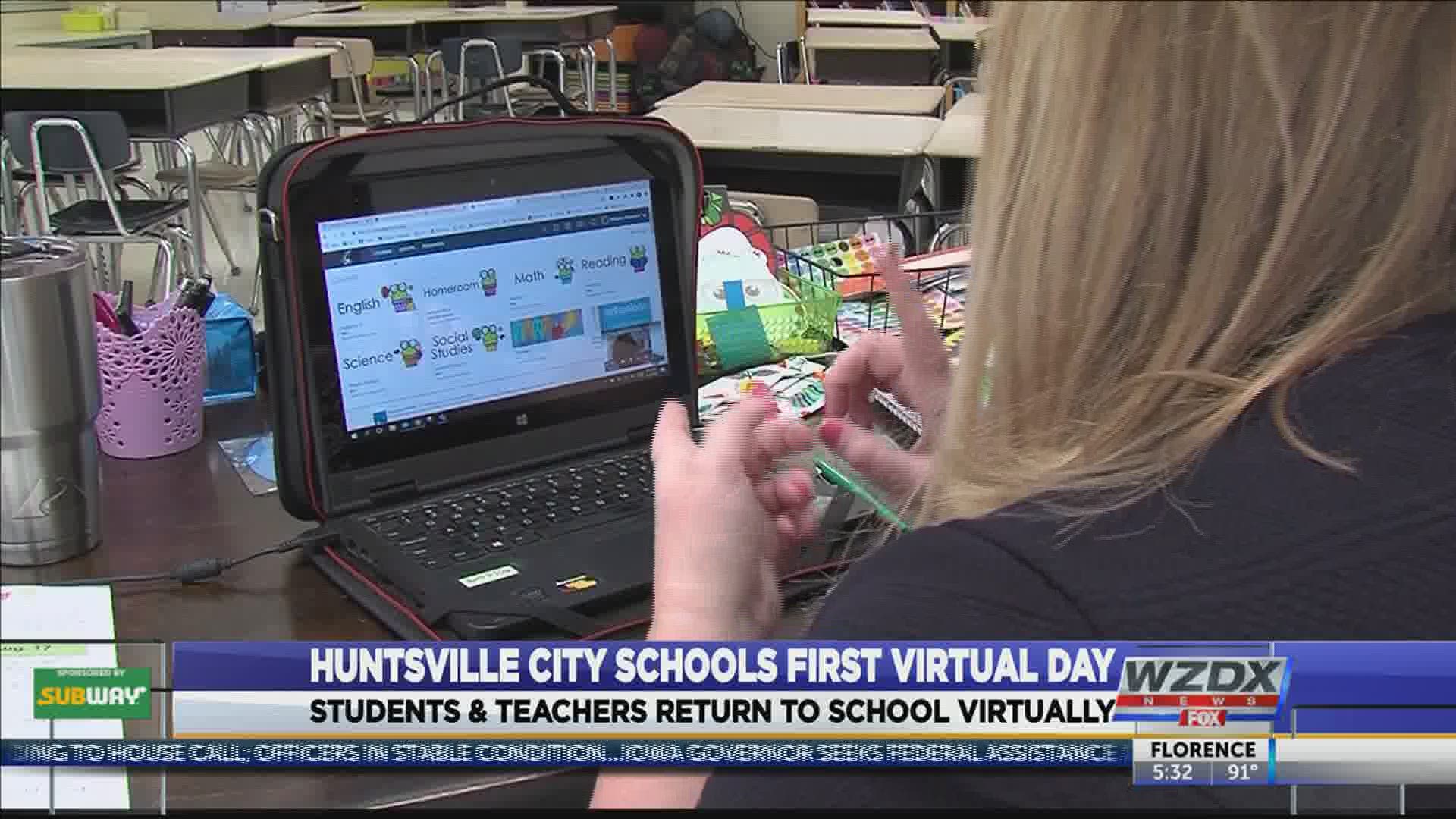 HUNTSVILLE, Ala. — 'First Day' jitters have come and gone for more than 23,000 students in Huntsville City Schools who began the new year virtually. School leaders say students encountered minimal issues, such as logging in to their student portal.

Monte Sano Elementary School Principal Sharon Driggers says today served as an orientation for everyone for any issues that needed to be resolved.

"Usually it's a log in issue. There's a code that they need to log in with. There may be a problem with the code. We've had a few issues where there's been computer issues that the computer has had to be reloaded," says Driggers.

Finley says attendance is one thing they will continue to monitor. "In our superintendent meeting today with Dr. Mackie, he mentioned that as one of the main focus for his team, is to push out more information about how we're looking at attendance in remote learning environment, or even in many districts now that have moved to staggered," she added.

Debora Graham, a third grade teacher at Monte Sano says today she and her fellow teachers felt prepared. "This is my eighteenth year teaching. That's the something new because this is also my first year of teaching it feels like. The technology is working like I said, but that's kind of what had me concerned - no more!"

As far as dress code goes, leaders say they did spot a few kids in their 'jammies'.

"I think the first day is a kind of look at me? I'm in my pajamas at home - type of thing. But, that will be monitored and we will continue to talk to parents and students about etiquette," says Driggers.

School leaders say if parents and students have any issues to call the district's media specialist.