Don’t ignore flooded road blockades: It could cost you

Some people decide to try to move the blockades and go through dangerously flooded streets anyway. Law enforcement says, you’re not just putting yourself at ris... 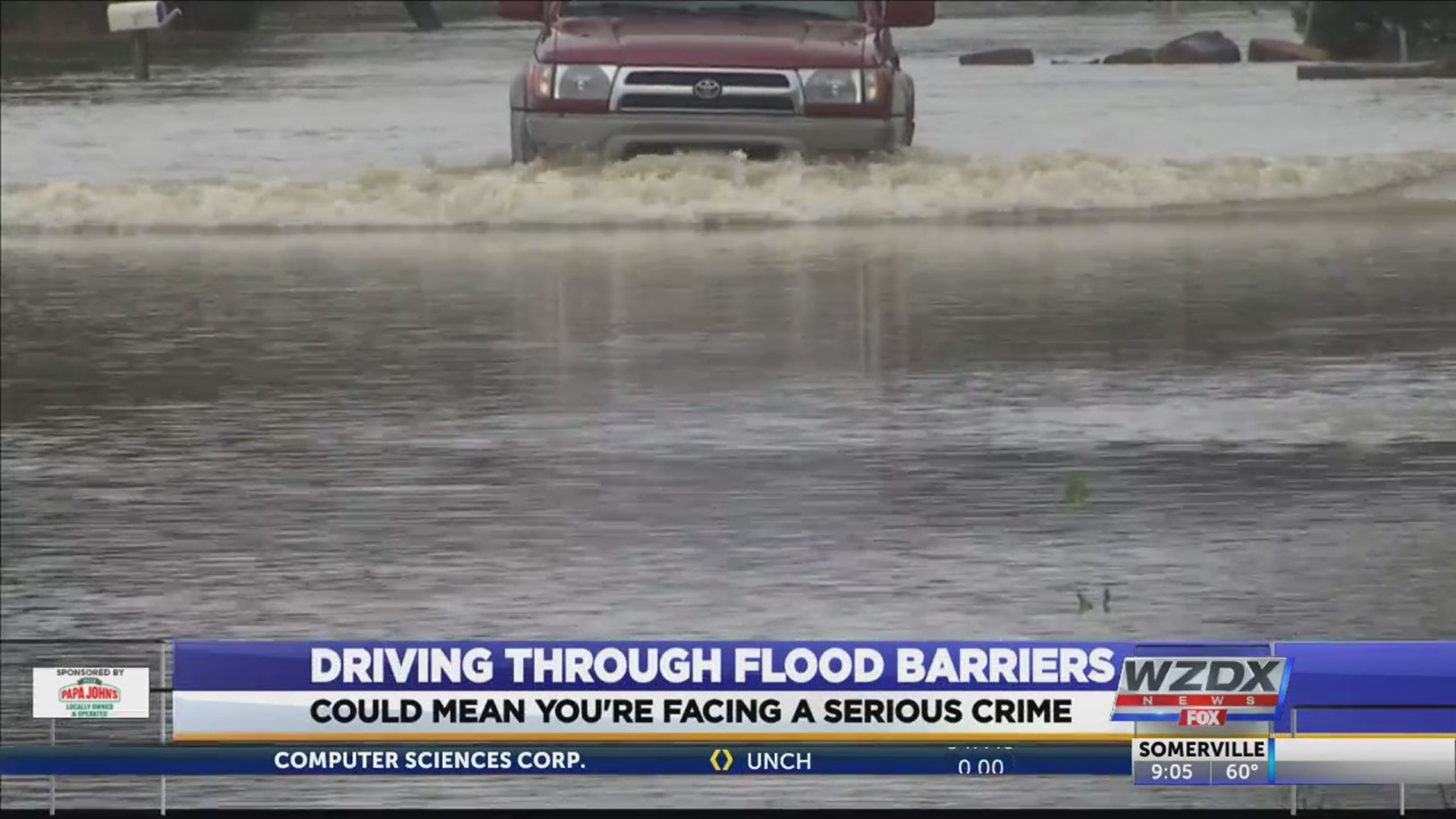 With all the flooding, crews are blocking off roads that pose a threat to drivers. You might want to pay attention to those barriers .

You could face serious charges if you decide to ignore them.

Going through or around barricades is actually a misdemeanor crime in the state of Alabama.

As the rain keeps coming down, law enforcement and crews will continue to block off roads that are no longer “passable.”

Some people decide to try to move the blockades and go through dangerously flooded streets anyway. Law enforcement says, you’re not just putting yourself at risk when you do that.

We spoke with Mike Swafford from the Morgan County Sheriff’s Department. He reminds drivers that the barricades are put up for their own safety. Swafford adds, “Just don’t try to cross it. Sometimes you’ll make it. But, that one time you don’t, you put yourself at risk. You put the first responders at risk that have to come get you out. So our biggest thing is just stay out of the water.”

If you do drive past blockades and your car is damaged, most insurance companies won’t cover it. You could also risk being hit with a pricey ticket for up to about 200 dollars.