North Alabama is mobilizing to assist our southern neighbors devastated by tornadoes. 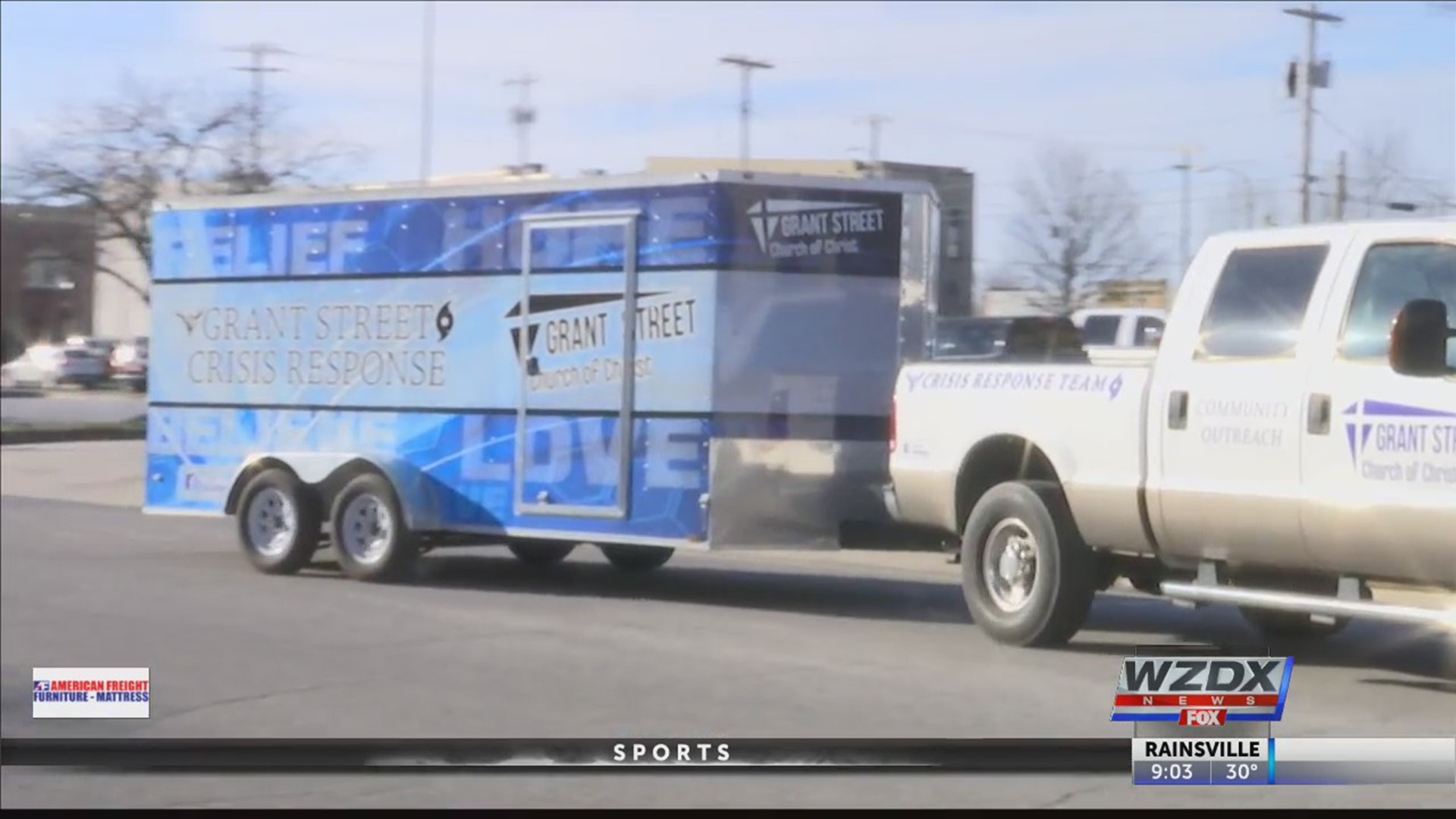 North Alabama is mobilizing to assist our southern neighbors devastated by tornadoes.

Grant Street Church in Decatur is collecting items to take down to tornado victims in Lee County. The donation drive started Tuesday and church members said the response from the community has been amazing.

“One family lost 10 members of their family, I just can’t imagine. And I know the only thing that could pull me through it, is God. And this is an act of God, to be able to work through people to give back,” expressed Outreach Minister Cody Micheal.

In just two days Grant Street Church in Decatur has been able to line its hallways with donations for tornado victims in Lee County who desperately need them.

“Tons of churches, many members of the community have dropped things off, or have called and said we’re collecting will you take this for us,” said Michael.

Churches as far as Flint, Michigan and Sugarland, Texas are sending their donations to Grant Street Church, and church members will drive the items down to Beauregard next week. The church is collecting necessities like snacks, batteries, pet food, blue tarps and one item that’s not so common.

“We’re taking photo albums, because a lot of people lost a lot of memories that they had collected. And an empty photo album is a restart, somewhere they can begin again,” said Michael.

Outreach Minister Cody Micheal said it’s about giving hope and healing to people that have lost everything.

“There so many people that have lost so much and some of the worst times that the state of Alabama has ever seen. There’s an opportunity to see good again and that’s what we want to do, is bring the good back,” he said,

Grant Street Church will be accepting donations through Sunday. They will leave for Beauregard on Monday morning.

The church is receiving so many donations, they believe they will be making more than one trip.