Oakwood senior, Tristan Johnson tells us, “Sometimes when we’re in love; sometimes when emotions are involved, we can be blind to certain aspects that can be de... 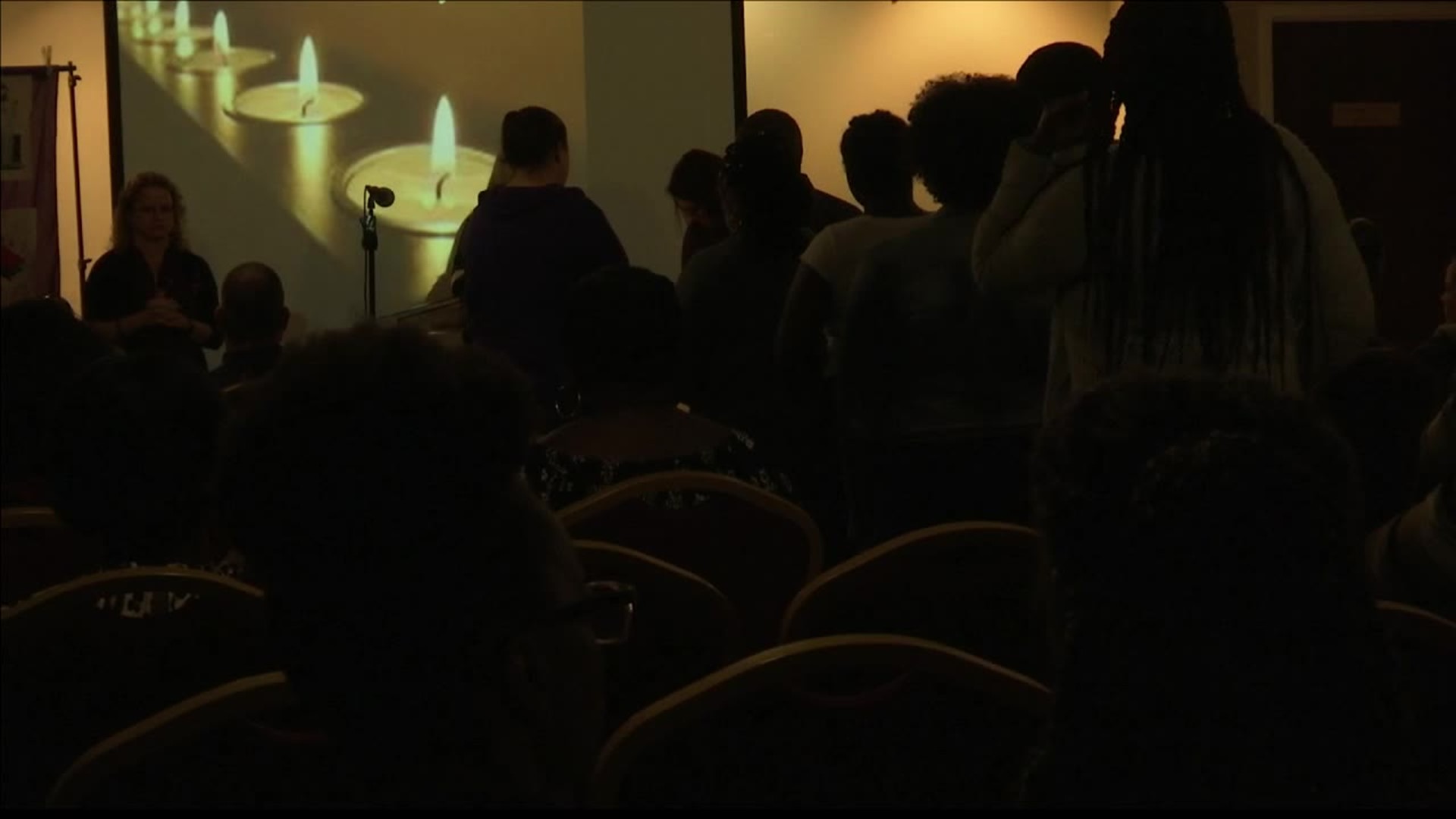 One in four women will be victims of domestic violence in her lifetime. And today, locals are honoring those affected.

People in Madison County are taking a stand. They’re raising awareness to reduce this number, and paying respects to those who lost their lives as a result of domestic violence with a candlelight vigil.

We spoke with Adde Waggoner of Crisis Services of North Alabama, she tells us that abuse can look different from what you might typically expect. Waggoner says, “It can be anything from taking the car keys away so that person can’t get to work, to criticizing them constantly about what they’re wearing. So it takes many, many different forms.”

Crisis Services of North Alabama has partnered with the Madison County CCR Task Force Against Domestic Violence and Assault, and Oakwood University to bring life changing information and resources directly to locals.

Adde Waggoner tells our reporter,  “We have domestic violence shelters in Madison and Morgan Counties that are safe and secure. We also provide free counseling for survivors of domestic violence, sexual assault and we have a suicide bereavement group…”

These resources may be coming to those who need it the most. According to the Bureau of Justice Statistics, college-aged women (between 16-24) have the highest per capita rate of intimate partner violence. Abuse comes in many forms and, 70% of young victims don’t even realize they’re being abused by their partners.

We spoke with Tristan Johnson, a senior at Oakwood University outside of the vigil. Johnson tells us, “Sometimes when we’re in love; sometimes when emotions are involved, we can be blind to certain aspects that can be detrimental and toxic to us.”

Senior, Ashley Mays says, “It affects us most, and I try to, in a sense, aid other people as well. It’s like, no one talks about it and it’s just an endless cycle so, we’re just spreading more awareness and making it more known.”

If you or someone you know is a victim of domestic violence, there is help available:

Or click HERE to open
www.211connectsalabama.org, the Largest Community Information Database in Existence