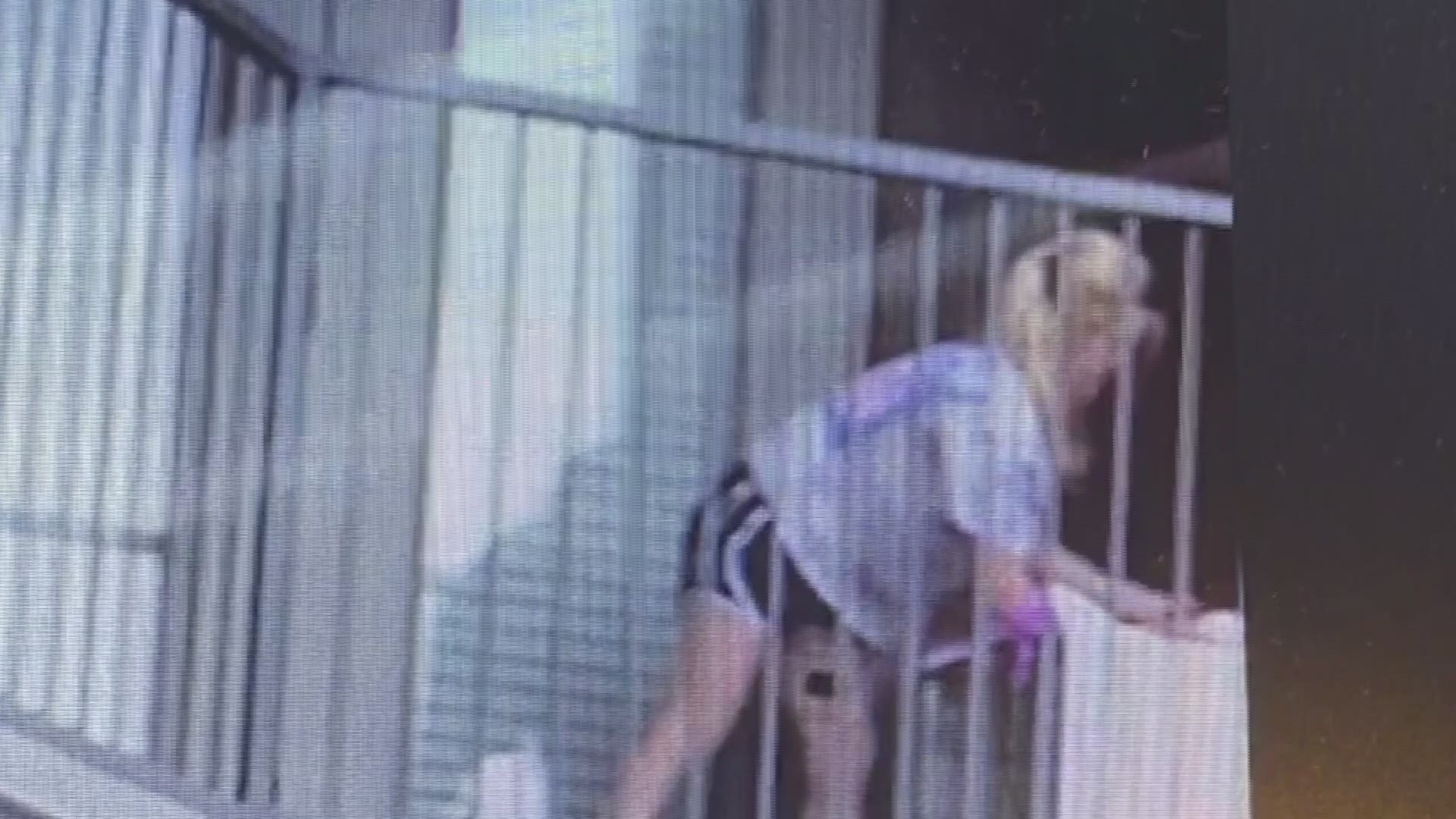 GWINNETT COUNTY, Ga. — Earlier this month, a video of a dog being abused on the balcony of a Gwinnett County apartment surfaced on social media. The case had residents fired up and some wondering what ever happened to the pet.

Authorities said the Cavalier King Charles Spaniel suffered a minor injury, but is OK. She was taken by Gwinnett County Animal Welfare and the owner was arrested. Shortly after the incident, the Gwinnett County Sheriff's Office said that they were flooded with messages of concern about the animal.

“Sheriff Conway was receiving emails from people who were just concerned about the welfare of the dog and Sheriff Conway just wanted us see how she was doing. Through that - he made the offer to the Gwinnett County Animal Shelter to foster her here at the Gwinnett County Jail Dogs Unit," explained Public Information Officer Deputy Shannon Volkodav.

The 18-month-old dog named Victoria, is not available for adoption due to the pending court case.

In the meantime, she has a spot in the agency's Operation Second Chance Program. The initiative allows inmates at the Gwinnett County Jail to train homeless animals while they wait to get adopted.

“Rather than being in animal control and just waiting for this legal case to work its way through the justice system, she could be here where she’s getting a lot of hands on attention, lots of love and affection, as well as really great obedience training," added Volkodav.

RELATED: 'He's me': Dog in wheelchair adopted by man with similar paralysis

Victoria’s future is still not clear because of the pending criminal case. Once that’s resolved, a judge will decide where the pup goes next. Victoria's owner has been charged with animal cruelty.

While Victoria is not available for adoption, the sheriff's office does have several other cats and dogs that are eligible for adoption in the jail dog unit. You can view a full list of available animals here.