Diabetes is 8th leading cause of death in Alabama

November is National Diabetes Month, which brings awareness to the disease and its impact on millions of Americans. Nationally, 30.3 million Americans are estim... 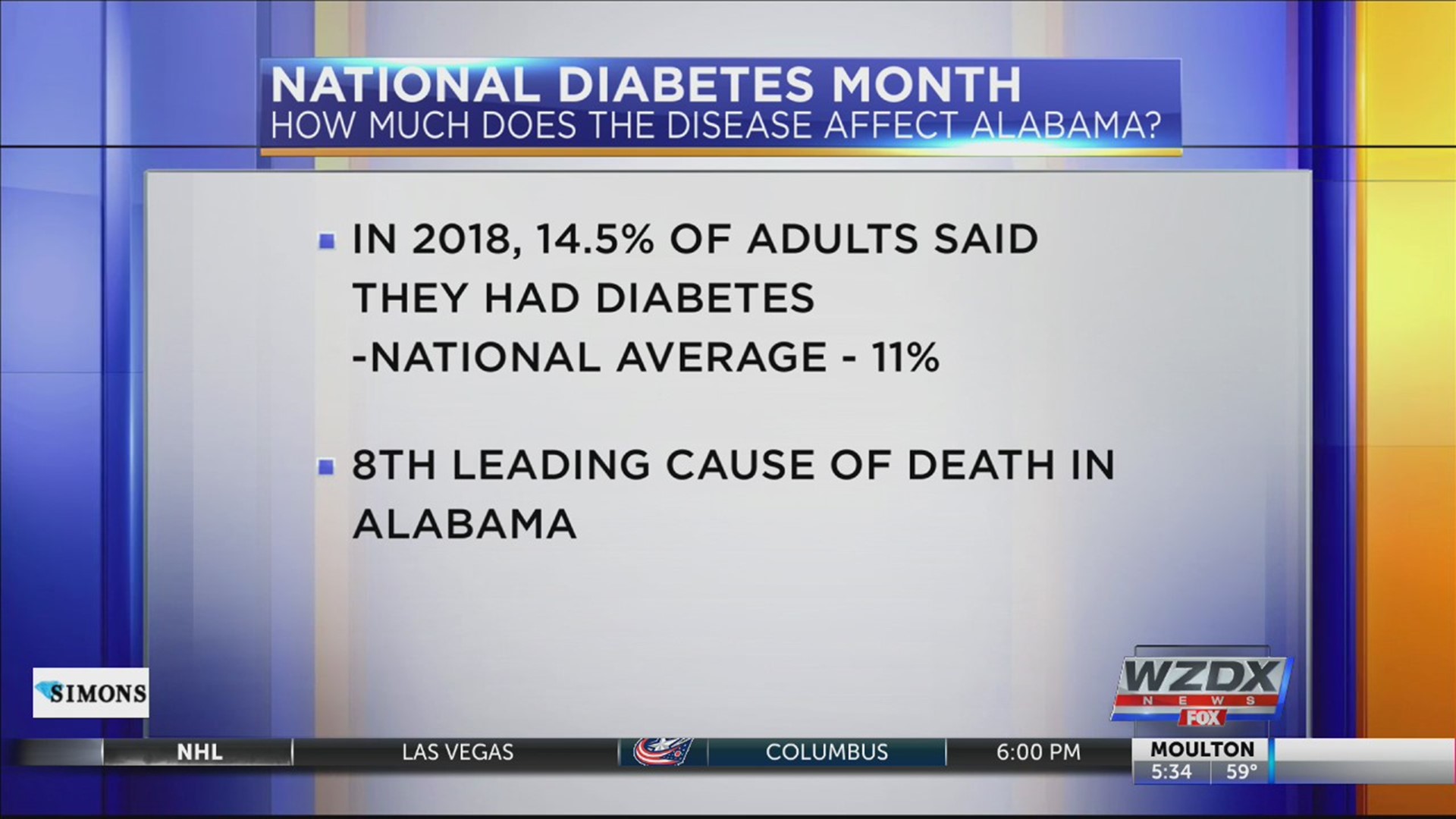 November is National Diabetes Month, which brings awareness to the disease and its impact on millions of Americans.

Nationally, 30.3 million Americans are estimated to have diabetes, and more than 84 million adults have prediabetes. According to the 2018 Behavioral Risk Factor Surveillance System, an estimated 14.5 percent of Alabama adults reported being told they had diabetes (excluding gestational diabetes). Alabama ranks higher than the national median of 11.0 percent. In 2017, diabetes was the 8th leading cause of death in Alabama.

Diabetes-related complications can be serious, costly, and deadly. They include heart disease, stroke, kidney damage (chronic kidney disease and kidney failure), blindness, and amputations of the legs and feet. Diabetes-related complications are more likely and more severe among people whose diabetes is not well managed and those who have had diabetes over a long period of time.

There are programs available in Alabama to help prevent individuals from developing the disease and assist those diagnosed with diabetes to better manage their health. Diabetes prevention and diabetes self-management education (DSME) programs are available throughout the state and can help reduce the burden caused by the disease. These programs are proven effective for those who regularly attend. You can find more information on these programs on ADPH’s website.