FLORENCE, Ala. — After facing two nationally ranked teams on the road in the last three weeks, the University of North Alabama hopes to end a three-game l... 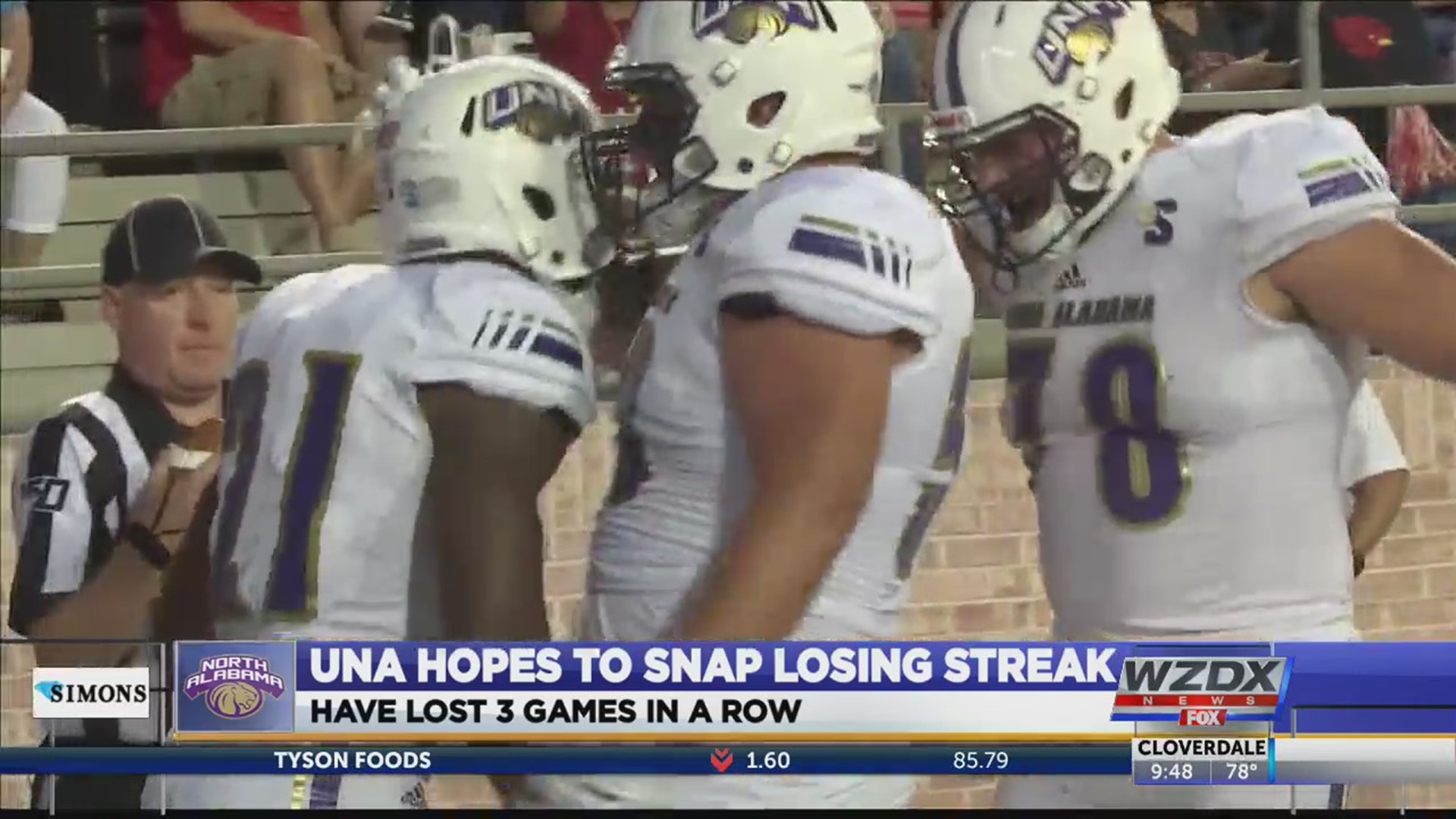 FLORENCE, Ala. — After facing two nationally ranked teams on the road in the last three weeks, the University of North Alabama hopes to end a three-game losing skid with a true Homecoming this Saturday at Braly Stadium against Presbyterian.

The Lions, 1-3 overall, have won their last 14 straight Homecoming games dating back to 2004 and hope the friendly confines of their home field will help them get their 2019 season back on track.

With seven games remaining, the Lions have a more favorable schedule in the coming weeks, hosting Presbyterian (0-3), traveling to Hampton (2-2) and hosting Charleston Southern (0-4) before facing yet another ranked team on the road in Kennesaw State.

“We’re excited to be opening conference play and to be doing it at home for Homecoming,” said UNA head coach Chris Willis. “I feel like we have played a very competitive schedule to this point and we’re battle tested. We’ve got seven games left, starting with Presbyterian, and we want to get back to week one when we played a complete game. We’re looking to get our second win and then build off of that.”

UNA has not had a losing season in football since 2002 and the Lions hope to make a strong showing in their final seven contests to avoid breaking that streak.

North Alabama and Presbyterian have similar season statistics coming into the game. The Lions are averaging just 19.7 points per game to 12.3 for the Blue Hose.

Both defenses are allowing more than 415 yards and more than 34 points per game.

The Lions hold an advantage in offensive production with 382 total yards per game to just 243.3 for Presbyterian.

Presbyterian had its season opening game against Stetson canceled due to a Hurricane. The Blue Hose then hosted three straight opponents but lost to Mercer, Jacksonville and Eastern Kentucky.

PC now begins a three-game road swing that will include trips to Campbell and Monmouth.

Presbyterian is in its final season in the Big South Conference and will transition to the non-scholarship Pioneer League in 2021. The Blue Hose will play as an independent next season.

UNA has never lost a game to a school from the state of South Carolina, posting a 3-0 record against Newberry and a 5-0 mark against North Greenville.

UNA senior Terence Humphrey helps lead the Lions offense with 292 rushing yards and three touchdowns.
Quarterback Christian Lopez has thrown for 1,109 yards and four touchdowns in four games but his completion percentage has dropped to 46.1 this season from 59.7 in 2018.

After losing halftime leads in the second half the previous two weeks, the Lions played Jacksonville State toe-to-toe last Saturday over the final two periods. JSU held a 23-6 halftime lead and UNA cut it to 23-12 in the third quarter. JSU got a late score to make the final count 30-12 but the UNA defense had shown vast improvement after being outscored 76-6 in the second half against Montana and Alabama A&M.

The UNA senior class of 2019 has never lost a Homecoming game, with wins over Shorter, Florida Tech and Mississippi College.