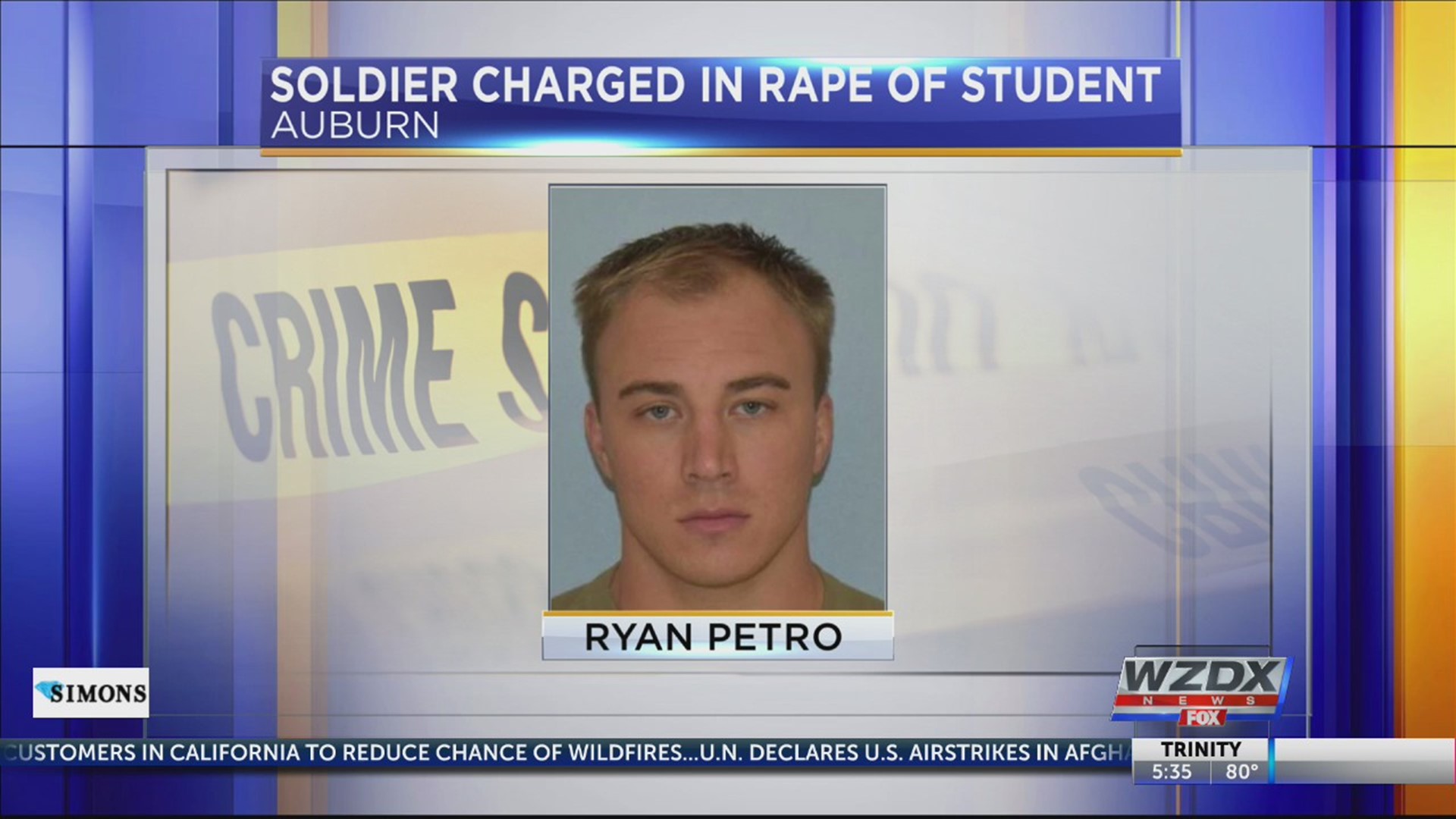 27-year-old Ryan Petro is charged with five counts of first-degree rape. Investigators say Petro sexually assaulted the 19-year-old student at a hotel last year. He was identified through the analysis of forensic evidence.

Petro was arrested by military investigators while deployed in Afghanistan last month. He’s currently being held at the Lee County Jail on a $500,000 bond