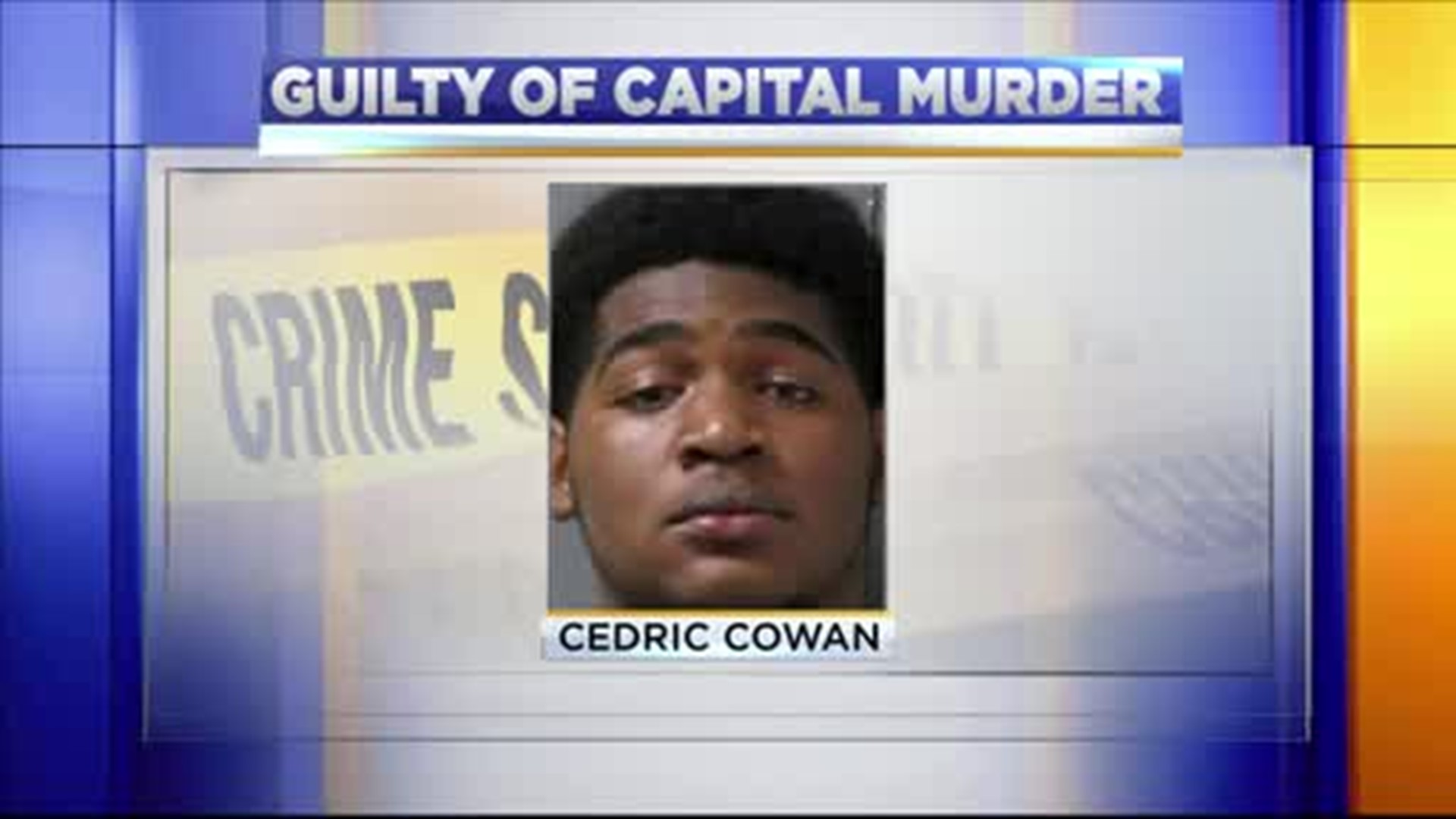 A Decatur jury says a 16-year-old killed two men in cold blood back in 2015. Cedric Cowan, now 20, was found guilty Thursday on three counts of capital murder. The third count was for killing two people at once.

His brother Joseph is already serving life in prison for his role in the murders. Two others are still awaiting trial. Cowan will be sentenced in February.