Christopher Walsh signed copies of his latest book, “Decade of Dominance” in Huntsville on Saturday. Walsh appeared at two Sports Mania stores while... 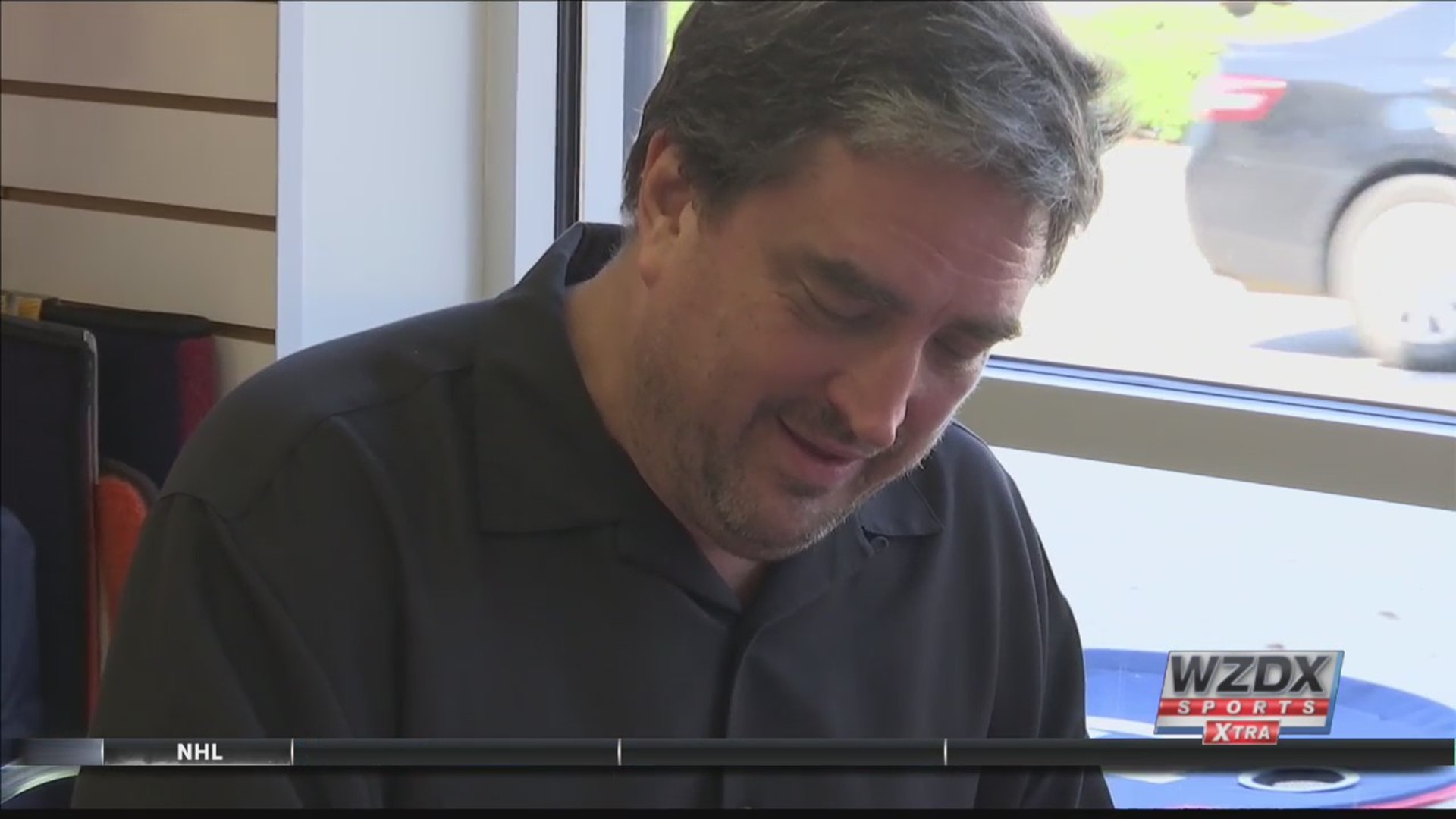 Christopher Walsh signed copies of his latest book, “Decade of Dominance” in Huntsville on Saturday.

Walsh appeared at two Sports Mania stores while the Crimson Tide enjoyed their first bye of the season.

“Decade of Dominance: How Alabama’s 10-year run was the greatest in college football history” focuses on the Crimson Tide during the years 2009-18, and how Nick Saban not only changed the University of Alabama, but Tuscaloosa and college football as a whole.

It dives into the ins and outs, the personalities and decisions, and everything that contributed to such an unforgettable run. In some cases the emphasis is on a person, a game, or even a play that helped shape the course of the Crimson Tide as it won five national titles, six Southeastern Conference championships and eight division titles (nine including 2008) including seven straight.

Along the way, Alabama had more consensus All-Americans, selections in the NFL draft and dominated recruiting like nothing fans had ever seen before despite dramatic changes to the game, the adoption of a playoff format and the Crimson Tide playing in the unmistakably toughest division in college football, the SEC West.

Hilltop30 Publishers LLC also published Alabama-based books “Ever Faithful, Ever Loyal: The Timothy Alexander Story” along with “Crimson Tikes” and “One More Day” in 2018.