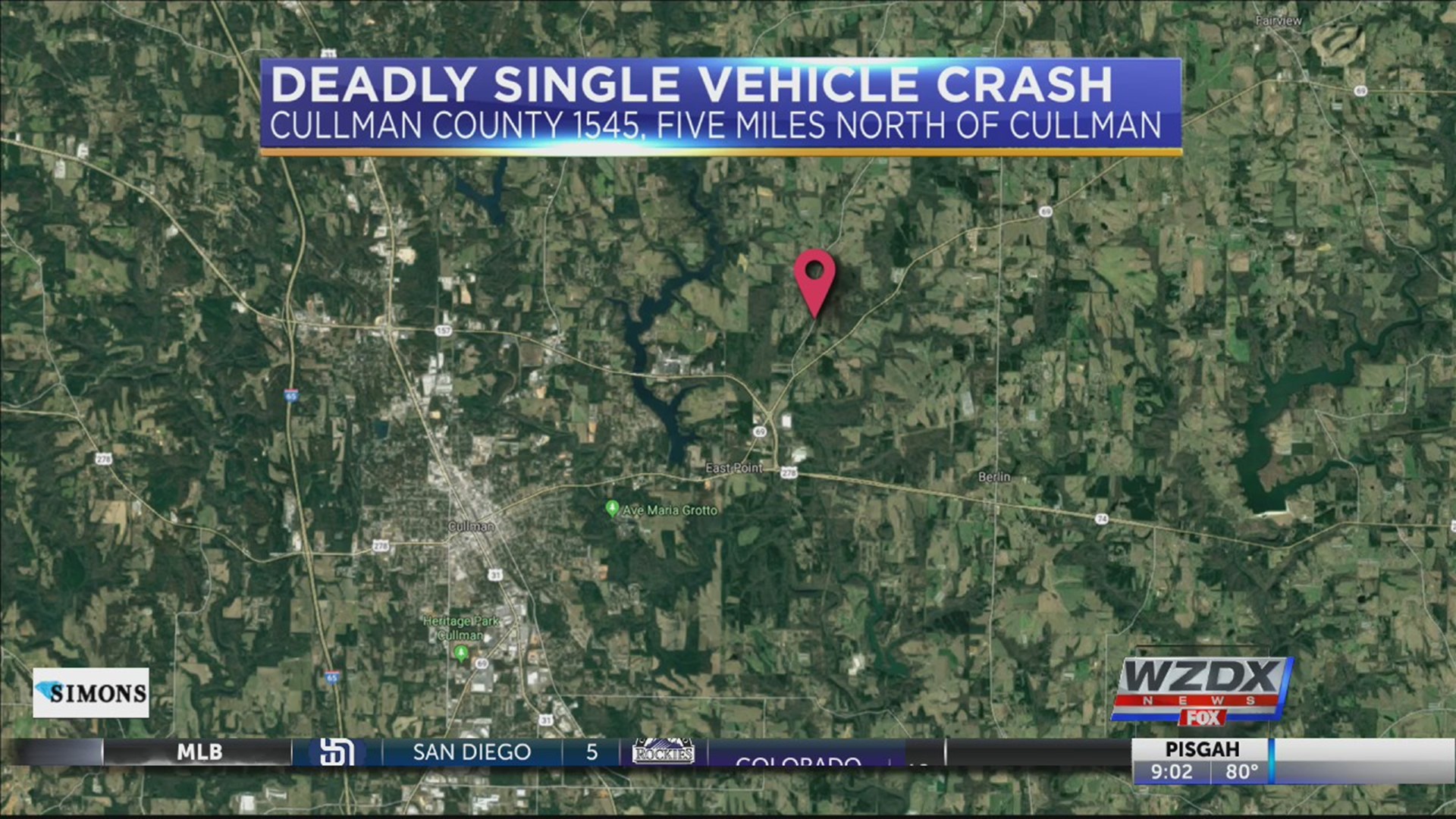 State Troopers say Amy Lachelle Drake, 42 of Cullman, was killed when her Toyota 4-Runner left the roadway on Cullman County 1545 and struck a tree. Drake, who was not wearing a seatbelt, was pronounced dead at the scene.

The crash occurred five miles north of Cullman at 1:30 a.m. ALEA State Troopers are continuing to investigate; updates will be made as they become available.