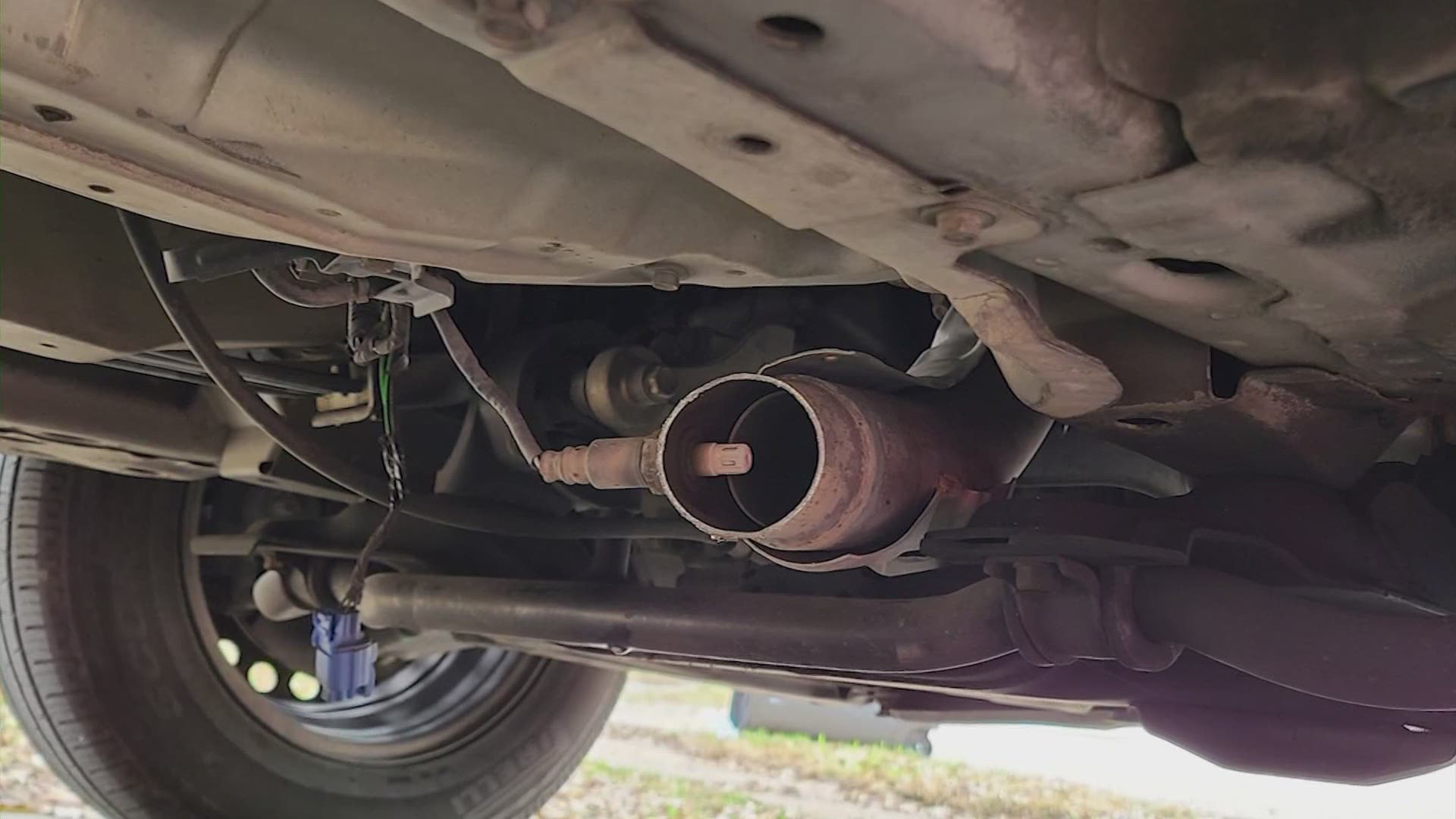 HOUSTON — It's not what you want to see when you look under your truck: your catalytic converter seemingly hanging by a thread.

"He had cut both sides. But there’s a bracket and it takes a little bit of work to get it out, so he didn’t get it out. It was still there," says Shad Blonstein.

He was lucky. He spooked the thieves before they could finish the job.

No such luck for Hank Lewis.

"I started to look further up and I thought, ‘Is there supposed to be something between the muffler and something else, this pipe?’" he says.

The blank space Lewis noticed is where thieves cut out his catalytic converter. His car was parked right outside his gym in a busy parking lot in the middle of the day.

"Broad daylight. People going in and out. There’s a Starbucks, Taco Bell and Smoothie King right across the parking lot from the gym," says Lewis. "So it was a shocker to say the least."

What came as a shock for Lewis is no surprise for the Houston Police officers tasked with catching those thieves.

"They’re doing it all day long. Every parking lot. At the schools. At the malls. At the gas station. At Starbucks," says Sgt. Jesse Fite. "They’re everywhere."

How do you make sure you're not next?

The best defense is park your car in the garage. Not everyone has one, so then what?

You still have options.

That’s the cheapest option. The paint will run you anywhere from $6 to $10.

If you can drop a couple hundred bucks, consider a cage that has to be welded on and is much harder to take off.

"That would take more time. Make more noise. That would just scoot them on to the next victim," says Fite.

You can help officers nab crooks by etching your VIN on the converter. If it turns up at a scrap yard, they’ll be able to trace it back to you.

"Take an engraving tool and actually engrave it," says Sgt. Tracy Hicks. "It makes us go, ‘Let’s look up this number right here.’"

HPD is also working with city leaders and state lawmakers to make it harder to sell catalytic converters. For example, the city recently adopted new rules that require sellers to provide the year, make, model and VIN for every catalytic converter they bring in.

No documentation, no sale and, officers hope, less incentive to go out and try again.