Several inmates came to the aid of the corrections officer to restrain the attacker until more officers arrived. 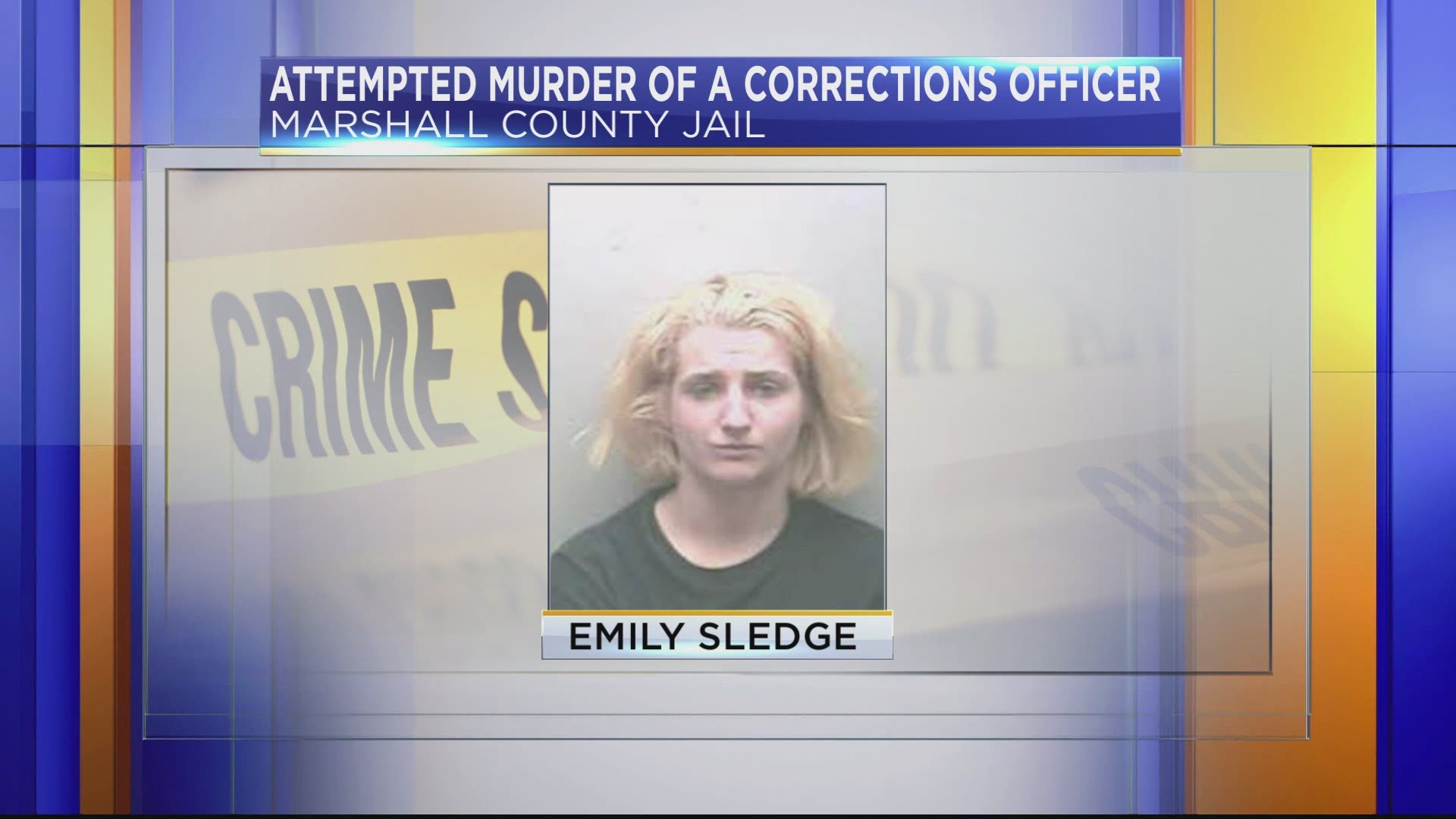 MARSHALL COUNTY, Ala. — A Marshall County inmate has been charged with attempted murder of a corrections officer after she allegedly attacked the officer with a pair of scissors on Saturday, May 1.

The Marshall County Sheriff's Office said Corrections Officer Melissa Woodall was removing inmate Emily Sledge in order to escort her through a work cubicle area to a restroom when Sledge began hitting her.

The sheriff's office said the two fell two the ground and that Sledge opened a drawer in the cubicle and grabbed a pair of scissors before stabbing Woodall multiple times.

Woodall managed to open the door to the main women's cell block and several inmates came out to help pull Sledge off of her and keep her detained until more officers arrived.

The sheriff's office said that if it weren't for the actions of the inmates, "it is very likely Officer Woodall would have been killed."

WARNING: Some of the images below of the injuries are graphic.

MCSO said the holding cell Sledge was being held in was not designed for that use and did not have restroom capabilities. It was only being used to prevent overcrowding and for COVID-19 safety measures.

IN OTHER NEWS: No, Chicago police did not tweet 'We are all Derek Chauvin'