The officer's actions were "out of policy," according to the Huntsville Police Department. 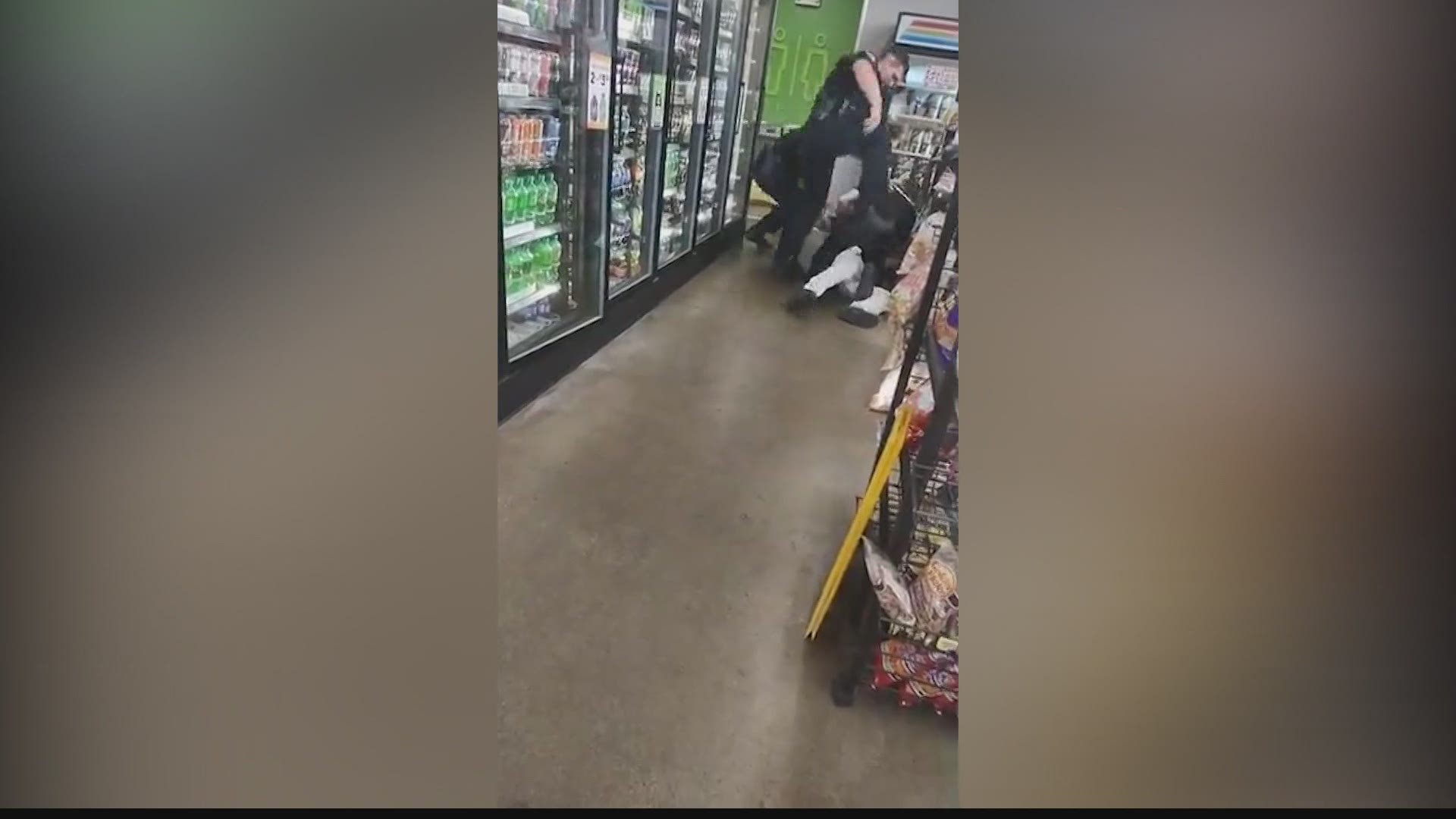 HUNTSVILLE, Ala. — The Huntsville Police Department issued a statement on Thursday, June 3, saying an officer's actions were "out of policy" after a video of an arrest showing him stomping on a man's leg.

The statement reads as follows:

"The Huntsville Police Department’s Internal Affairs Division has concluded its investigation into the actions of officers during their response to a 911 call by a convenience store employee at 905 Memorial Parkway at 6 p.m., on Sunday, May 30.

During the response, the subject of the citizen-call resisted arrest, and the responding officers employed use-of-force techniques to gain compliance.

Internal Affairs’ investigation included review of all body camera, in-store surveillance camera, and private cell phone camera footage, providing multiple viewing angles of the event from initial contact through completion of the arrest process.  One of the responding officers was found to have acted outside of applicable HPD policy and did not adhere to the training provided by HPD. This action does not reflect the standards of our department.

The case has been referred to the Chief of Police for disciplinary review in accordance with the City of Huntsville Personnel Policies and Procedures Manual.  This process will result in both addressing individual behavior and further solidifying the Department-wide standards for law enforcement conduct."

Claudia Mesnil with the Citizens Coalition for Justice Reform issued the following statement:

"As I was watching the video, I saw the police department behaving in a way that would have been criminal had they been regular individuals out in the street assaulting a person. The individual that was stomping was supported by his peers while doing something abusive to a citizen. Regarding the HPD statement that was released today; I urge the City of Huntsville and the HPD to continue explaining how they are going to hold this individual accountable for his wrongful actions. Transparency, in this case, will show the citizens if they truly seek to rectify abuse of force in their department."

“We are optimistic. We saw the city answered our request in terms of moving swiftly at least in the first step in evaluating this and finding that he acted ‘out of policy’. We agree from what we’ve seen, again we haven’t got any of the video. We requested, we haven’t seen anything. We’re definitely optimistic and grateful that they moved quickly. We heard from councilman Keith earlier today and we appreciate his kind words for the family and support and other council members that have spoken out. This is just the first step.

"We’re eagerly awaiting to see what kind of disciplinary actions taken. The family is grateful for the support in Huntsville from folks that know and don’t know and reached out to ask how Kemontae his. He’s doing much better, but it’s a traumatic event. He didn’t expect to take the road it did but he’s a brave young man and he’s getting medical treatment, and we’re optimistic things will move forward.” 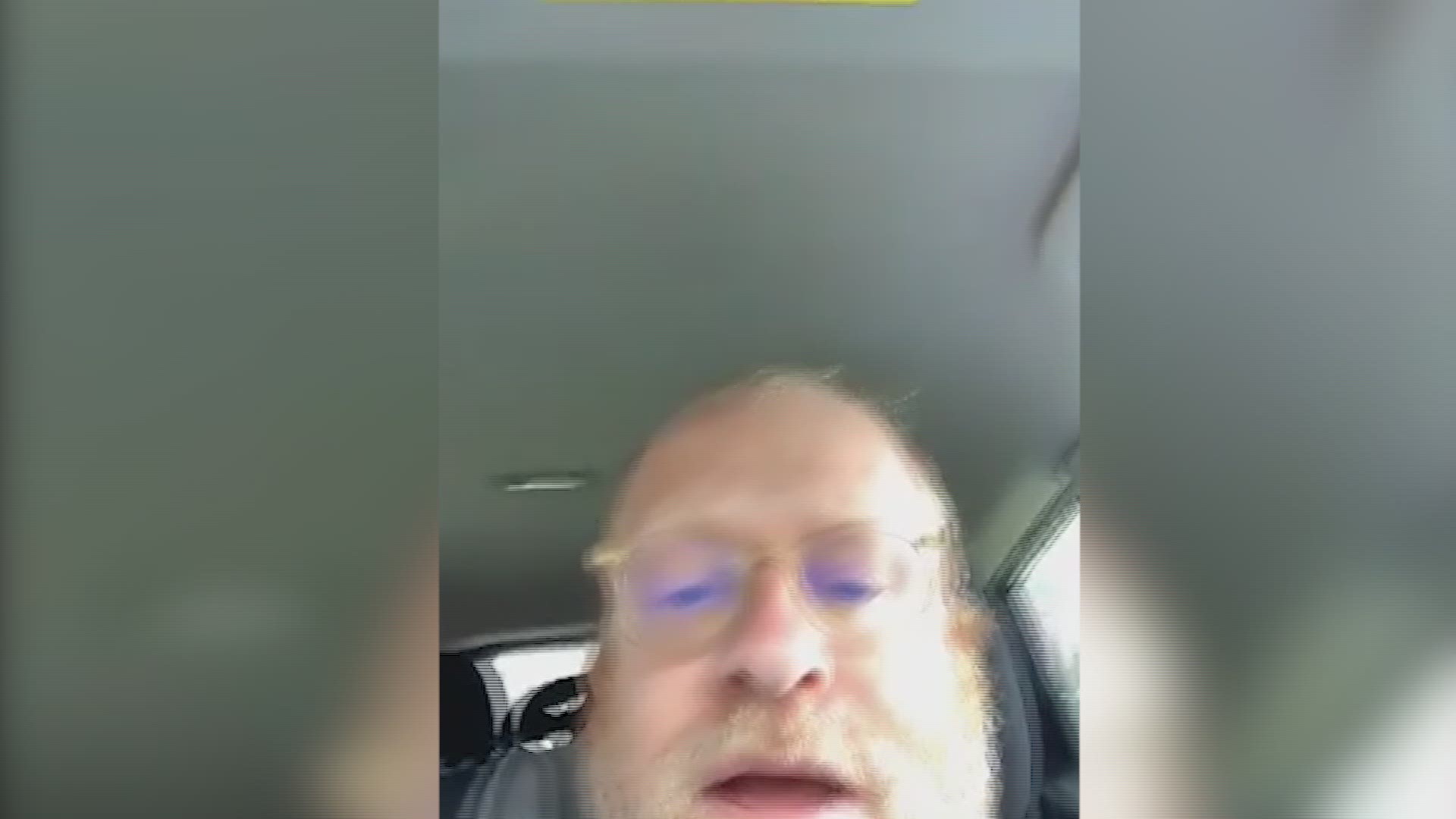 "While we are encouraged that Internal Affairs has reviewed the situation, we at Huntsville Bail Fund remain concerned that Huntsville Police does not identify the officer or the specific actions that were ruled out of policy. We are further concerned as to why this assault was ruled out of policy, but the murder of Jeffrey Parker was ruled compliant with department policy. We call on Chief McMurray to issue a public apology to Kemontae Hobbs and his family, and to be transparent to the public regarding the officers, their actions, and future discipline. We must stop treating mental illness like a crime.”

IN OTHER NEWS: GRAPHIC: Mother responds after her son is stomped, kicked during arrest by Huntsville Police