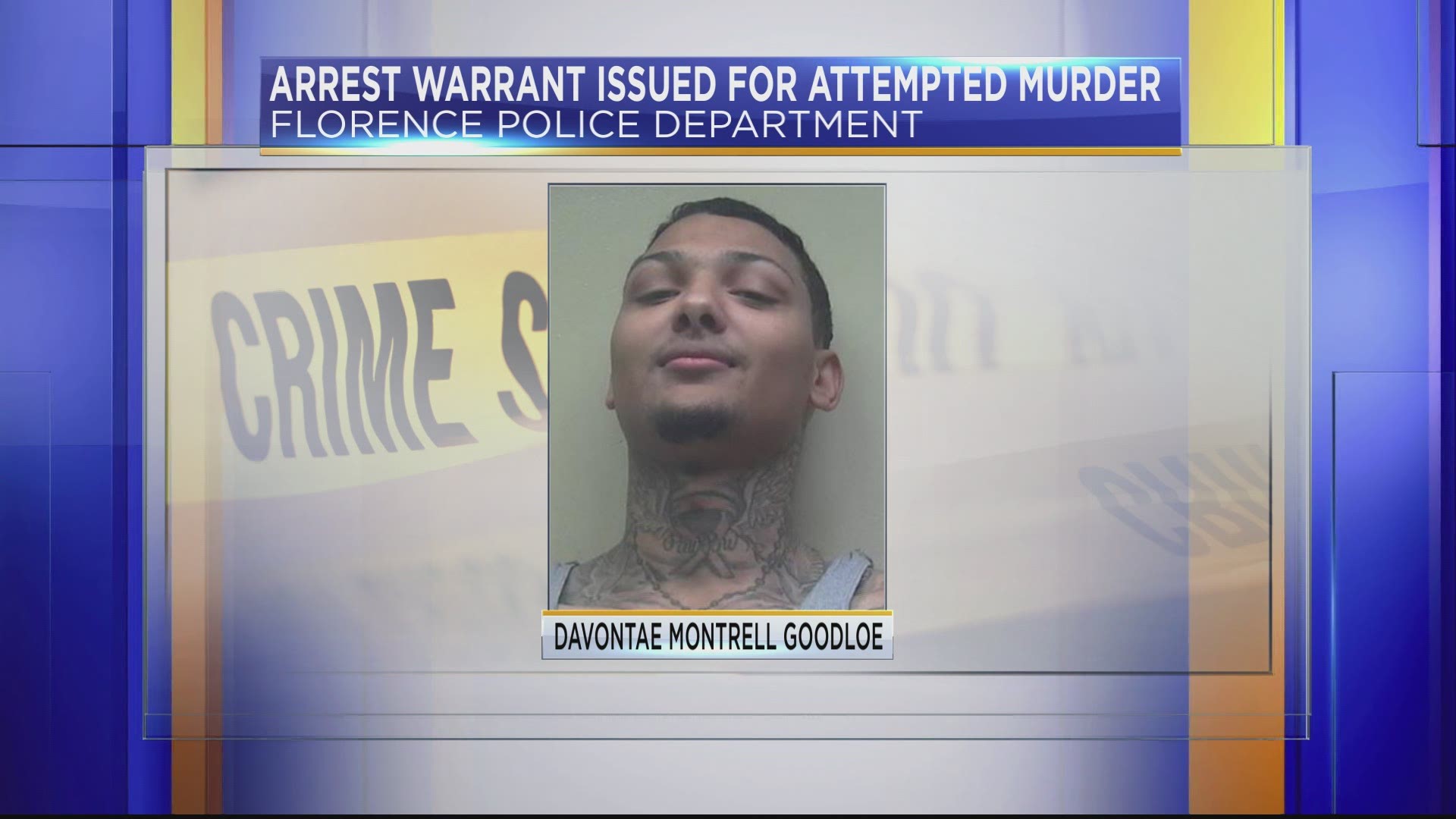 FLORENCE, Ala — The Florence Police Department is asking for the public's help locating a shooting suspect.

Police say 24-year-old Davontae Montrell Goodloe has been identified as a suspect in a shooting that took place on February 27 at Cherry Hill Homes.

An arrest warrant for attempted murder has been issued for Goodloe.

Police say Goodloe should be considered armed and dangerous.

Florence police said officers provided medical aid until he could be transferred to a nearby medical center.

IN OTHER NEWS: VERIFY: No evidence to suggest that people who wear glasses are less likely to develop COVID-19