President of the Confederacy was born in Kentucky but never served in an elected office. His statue has been in a place of honor for more than 80 years. 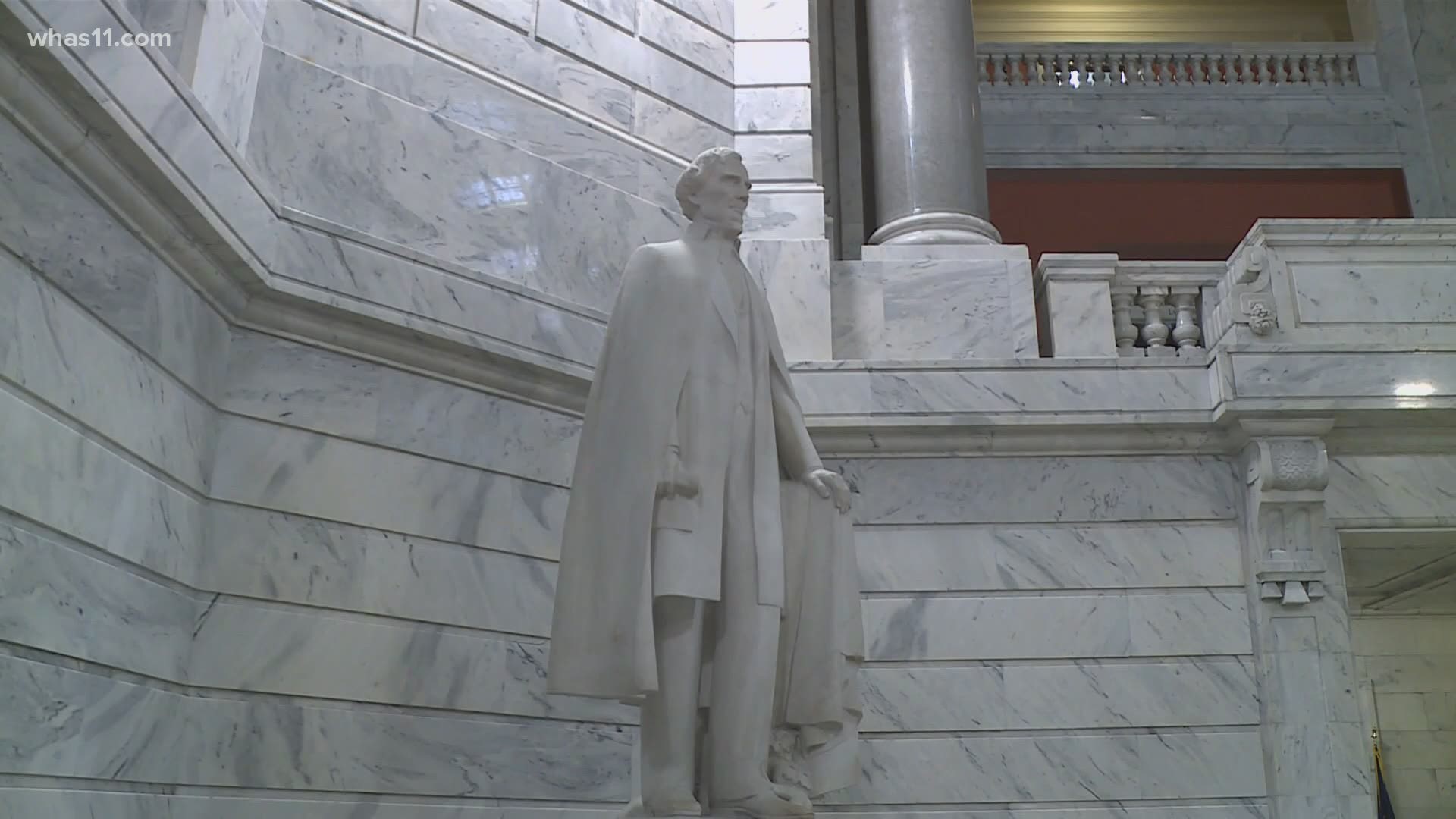 FRANKFORT, Ky. — A son of Kentucky, Jefferson Davis never served an elected office in the commonwealth. Still, the only President of the Confederacy stands in a place of honor in the Capitol Rotunda. At least, for now.

For more than 80 years, a statue of Davis has stood in the Kentucky Capitol Rotunda but it may not be there much longer.

Governor Andy Beshear made it clear last week, he didn't think it belonged there. Monday, he reiterated this position, telling WHAS11 Political Reporter Chris Williams, "he is looking at options to remove the controversial statue."

Beshear is not the first governor to try. His father, Governor Steve Beshear, requested it gone as did Matt Bevin. Governor Bevin's call saw the Historic Properties Advisory Commission (HPAC) form a special committee that studied the issue and then voted to keep the statue, but remove a plaque calling Davis a patriot and hero.

By statute, the HPAC has to approve any changes. First Lady Britainy Beshear serves as an honorary commission member. We asked the Governor's communications director for an update. Crystal Staley responded in a statement reiterating the governor's stance, adding,

“The Governor believes now is the time to remove the statue. We are working on that now by determining the required steps for moving forward."

His office released this statement:

“Jefferson Davis is our past, but he didn’t define our future, Abraham Lincoln did. I think the Davis statue should be relocated, but it is up to the Historical Properties Advisory Commission. If the commission decides to replace it, I can think of many other historical figures more deserving of a permanent home in our Capitol.”

Dr. Ricky Jones, the Chair of Uof L's Pan-African Studies Department says that he welcomes those new to calling for the statue's removal. He's been vocal about this for years. Dr. Jones also warns those outraged by recent events from thinking that removing a statue will lead to more lasting change.

“Taking the statue down is a start, if that is all they do. Then it's just symbolic and a pox on them if they would use this moment to take a statue down and do nothing else. For legislators, this is about policy work,” Dr. Jones says.

He added, “If they are committed to that policy work, then great. But what we have seen to this point has been Republican callousness and Democrat cowardice. And if we’re at a moment where the Republicans are going to be less callous and the Democrats are going to be less cowardly then god bless them, let’s move forward. But if not, they’re just engaging in more political hustles and photo ops."

Other stories on WHAS11 News: