For the past two years, Knox Pride's events have gone virtual which created challenges for many people in finding access to resources. 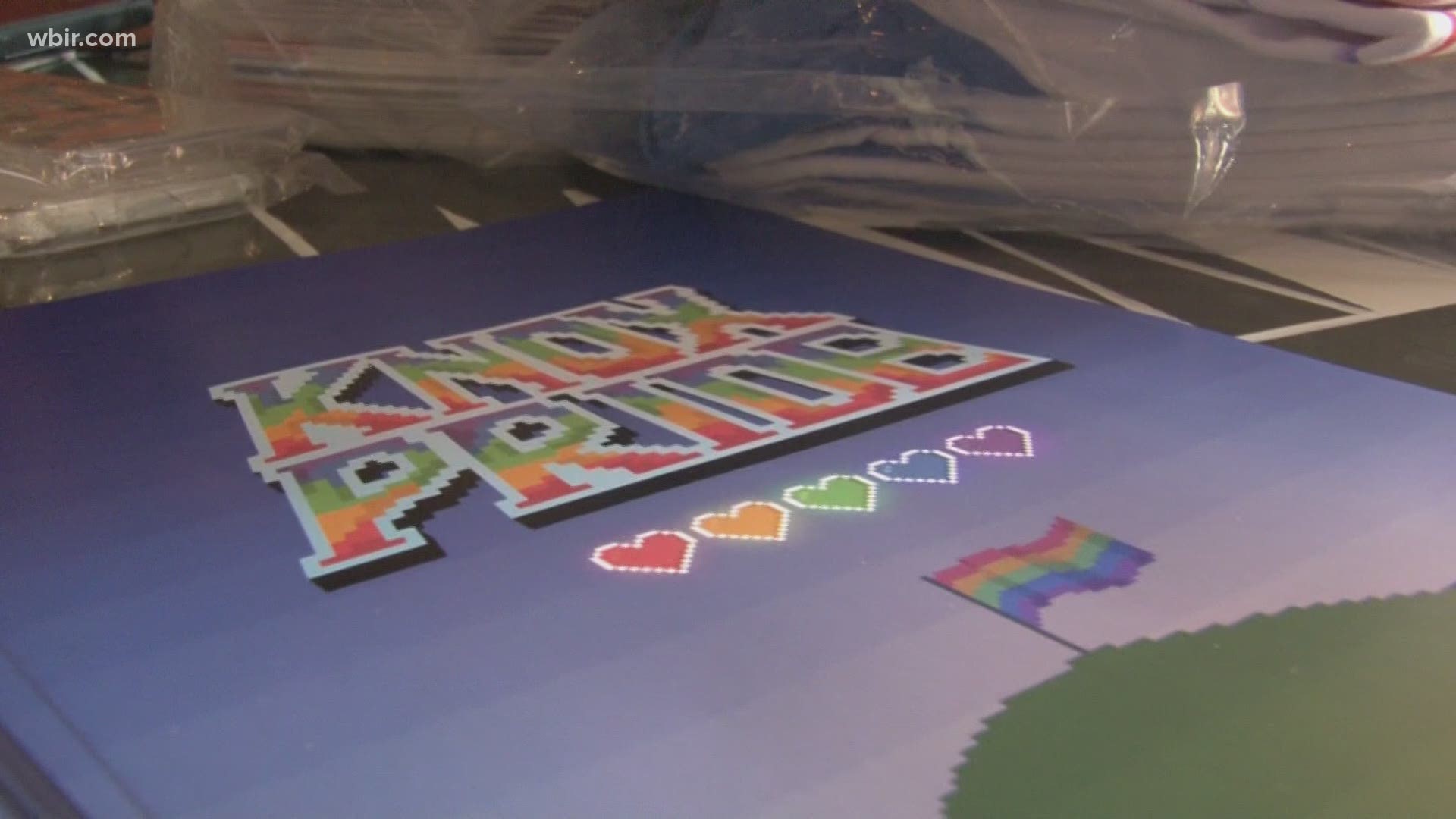 KNOXVILLE, Tenn — In 2020, the University of Tennessee was almost ranked as the most unfriendly LGBTQ+ college by Princeton Review, beaten only by the College of the Ozarks in Missouri.

Although UT is only a small portion of the city, many in the city's LGBTQ+ community said the ranking appropriately reflects their experiences. So, Knox Pride is working to make sure the LGBTQ+ community has a permanent place to find resources, receive support and connect with others.

They are working to create a new permanent Knox Pride Center in South Knoxville. Officials said they expect the center to open in the late summer, and officials said having a community center will be vital for helping people.

"Having this space will allow us to do some of this work so we can help individuals in our community who may fall through the cracks," said Nathan Higdon, who works with Knox Pride.

For more than 20 years, the organization has been making sure people feel welcome through festivals and outreach events, even when things may not feel inclusive and welcoming in many parts of the world.

"Having a festival and celebration is great, but folks are LGBTQ+ the other 364 days of the year," he said.

For two years in a row, the nonprofit's Pride Month celebrations went virtual, which created obstacles to reach people who needed help. Since it wasn't in person, people may have had to learn new tools and find stable internet access to participate in the nonprofit's events.

"It's even more difficult for the marginalized people within an already marginalized group," said UT student Darius Edwards, who said he wants to see specific inclusive changes on-campus, as well as in Knoxville.

He said one of the biggest changes he would like to see is more leaders of color in the community. He said more diverse representation can help build stronger communities as people start to see themselves in the people they're represented by.

He also said he hopes the new center will offer encouragement for more like him to take the helm and lead other support organizations, as well as open more doors to revamp UT's Pride Center for students.

"Sometimes it's a little demoralizing to walk into the Pride Center ... it would be a great stride to build up that building," Edwards said. "There's something freeing about being with people that are just like you who had to spend several years hiding and denying who they were."

In 2016, the Tennessee Legislature cut hundreds of thousands of dollars in funding for the university's diversity and inclusion office, which included the school's Pride Center. Several programs meant to support LGBTQ+ students were disbanded.

The fundings cuts came after several controversies, including one over the office providing advice and guidance on how faculty and staff should speak with students who prefer gender-neutral pronouns.

While the Pride Center at UT reopened in the following years, others have not. The Office of Diversity and Inclusion has not reopened. Instead, the Division of Diversity and Engagement was created.

Many LGBTQ+ resources are also not centralized for students and people in Knoxville, causing difficulties in finding help.

Organizers with Knox Pride said they hope their new citywide center will help the LGBTQ+ community here. It is continuing to look for more funding to help complete its new center. Anyone can donate here.