Dozens of cars were lined up and the community of Decatur showed their support for Joshua Pearson, an NFL rookie who just got his first Super Bowl ring. 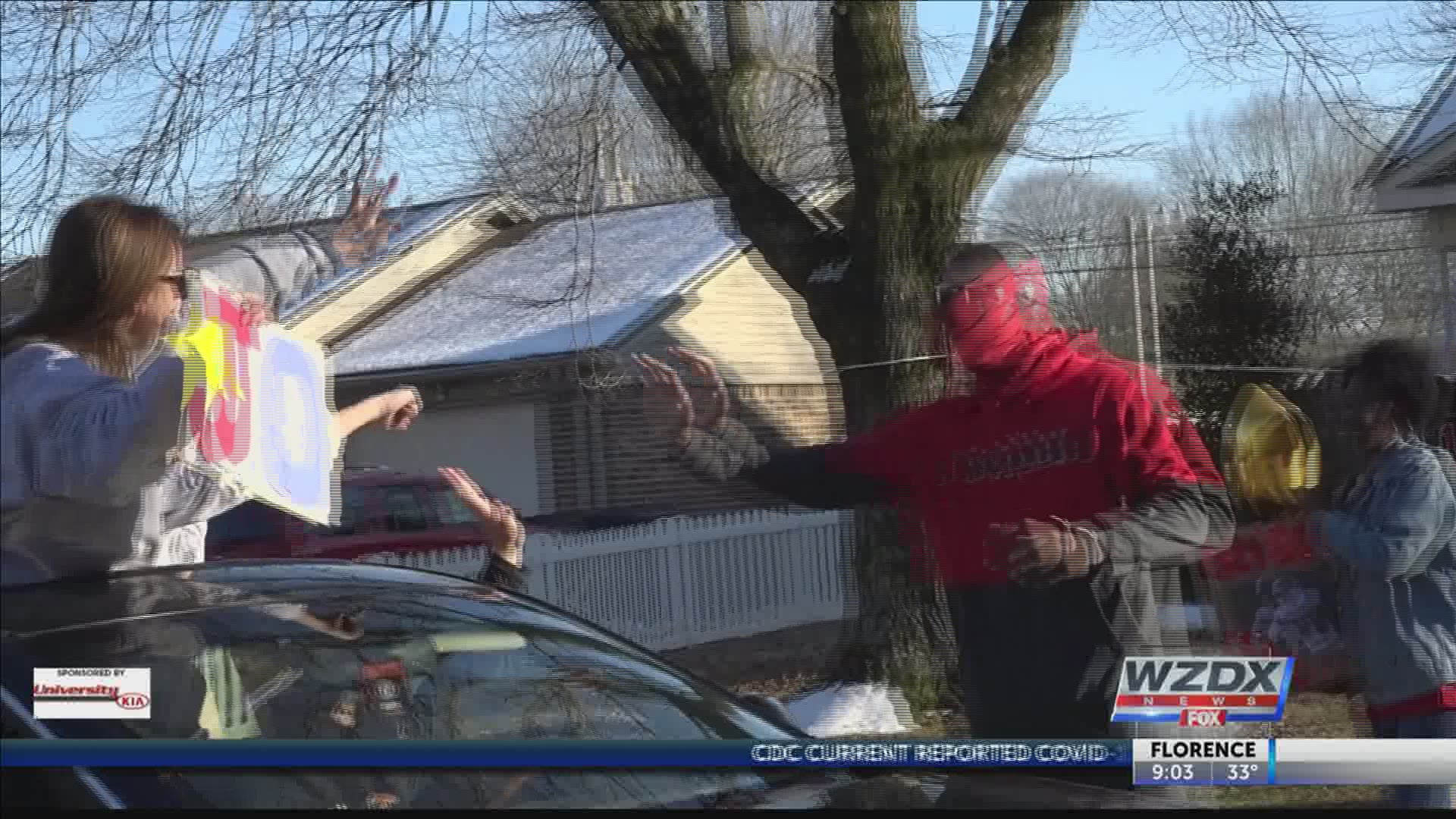 DECATUR, Ala. — The Tampa Bay Buccaneers won the Super Bowl this year.

One of the newest members of the Buccaneers, Joshua Pearson, happens to be from the city of Decatur.

Football has been a part of Pearson's life and dreams for a very long time.

"He's always said he wanted to play for the NFL, you know, and I just let him know, 'you can do it' and he's made it," said Kristie Carter, Joshua Pearson's mother.

Pearson played football at Austin High School in Decatur and went on to have a successful college career with the Jacksonville State Gamecocks. He's now in his NFL rookie season with the Tampa Bay Buccaneers and brought home a Super Bowl ring this year.

"It's a dream come true you know, a lot of guys, they play their entire career and don't get a ring, and I got one in my first year. I feel like I have accomplished everything in life now, like what more is there to do besides get another ring? Now, only thing I can do now is go to heaven, you know? Won the super bowl, made it to the NFL, like, it's not much I can ask for," said Pearson.

Pearson is back home in Decatur, after the Super Bowl victory, visiting his family.

Alongside his family showering him with love and support, was the community of Decatur.

RELATED: People in Huntsville aren't letting the pandemic stop them from celebrating a very special man

"Friends, family, people from Decatur, you know people from the country that's up the road, I mean people from just all over. I guess my mom contacted them and they all came out and I really appreciate them for it," said Pearson.

Oh, and not to mention, Pearson's mom managed to keep this homecoming parade a surprise.

"I had no idea, I was not expecting this at all," said Pearson.

"That felt amazing, to have so much support, man, that was a blessing. You know, a lot of people don't have that support. If everybody comes out after a busy day to watch me and celebrate me, I really appreciate it," said Pearson.